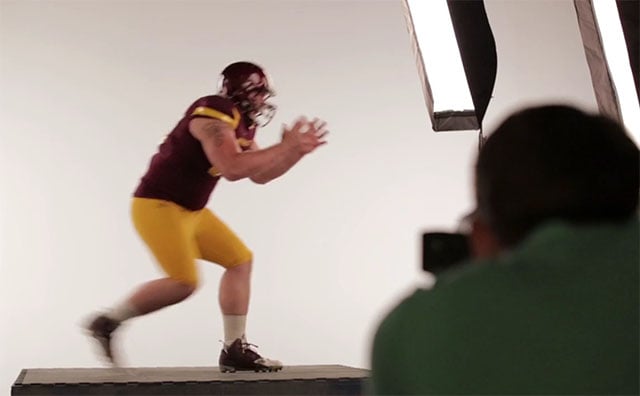 Arizona State University’s advertising campaign is one that I have now shot for 10 years. It is one that I always use to push the logistical boundaries that I had previously been inflexible towards, for the sake of art and knowledge. Photographing it is a practice in embracing the unknown and evaluating previously conceived notions of what is possible and what is not. This year’s photoshoot existed well within the impossible… 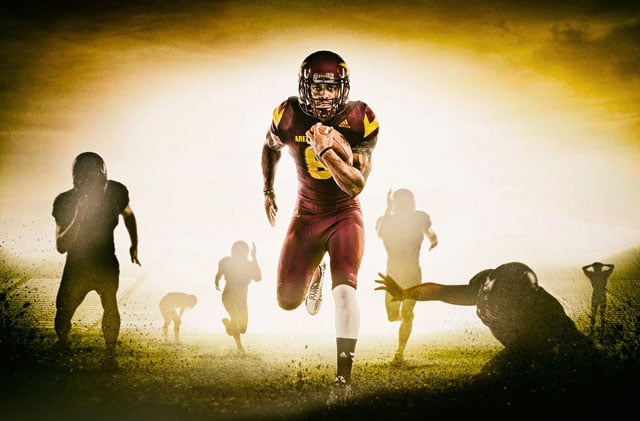 For example, I usually shoot the ASU campaign the last week of May and deliver the images on deadline, August 1st. This way the designers at ASU can create layouts and posters, billboards and ticket stubs and all that’s in between in the the two weeks before press deadline (Aug 14th).

However, this year was different, for ASU was in the midst of changing from Nike uniforms to Adidas. We knew going into April that this shoot could be a bit tighter on the deadline than usual. As May began, I already had laid out the images for the campaign and had my crew on stand-by on a moments notice if we needed to be at the studio. However, the new uniforms were not ready and so we found ourselves waiting…

And then came June… and then went June. 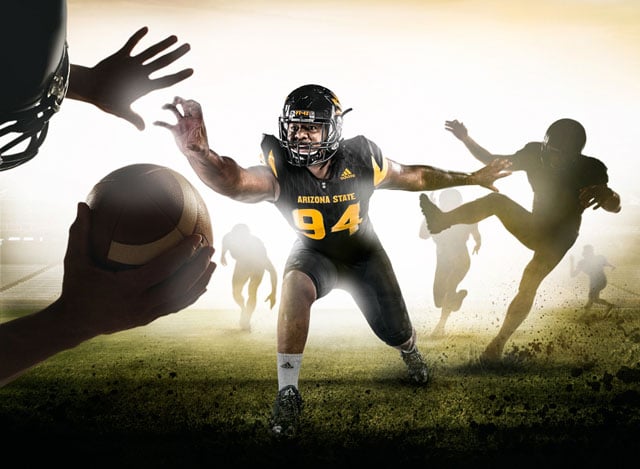 It was looking like an impossible deadline at this point, for where I normally have 60 days for production, I would now have half.

And then went July.

There comes a moment, at which one must release true control of a situation, and this was it. Any ideas that I had of a production schedule had to be let go. In a sense, if this campaign happened at all, it would be a very visceral knowledge of the process that would take over and one that only experience could teach. 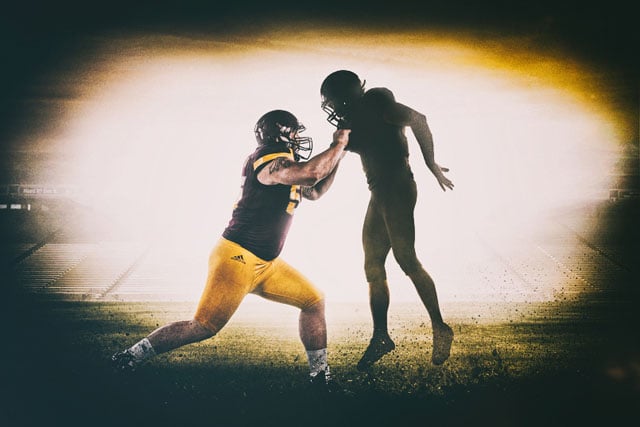 August 1st: The deadline of the many campaigns of year’s past had arrived and passed. For me, it was a simple glass of scotch that evening and a comfort that only a purchase of a time machine (found on eBay) would make this one possible.

August 15th: The call arrived saying that we would shoot in three days — yeah, August 18th — and we might be limited on the jerseys for the guys to wear (oh the understatement). However, if there is one thing that I have learned about ASU, it is that their athletes are incredible and even the toughest challenges are easier with how much they help out on set. 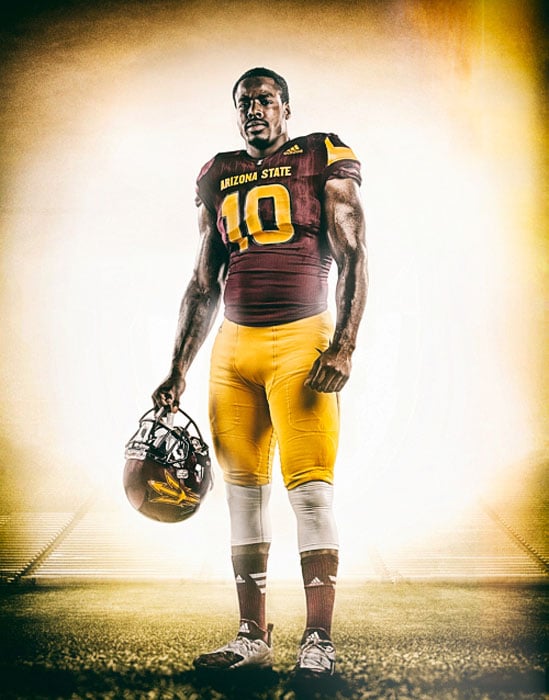 August 18th: The first day of the shoot had arrived and the crew that had been on standby for most of the summer for this one were ready. Even though we were months behind schedule, everyone was happy, for we knew what we had to do and knew that it could be a good time as well.

As the guys showed up to the studio, the wardrobe arrived as well. We had 10 athletes to photograph and 1… one… yes one, pair of pants. Now we had that one pair in maroon and black, so technically thats two. However, you may say, “Blair, I thought ASU wears gold pants on occasion” and you would be correct.

Worry not, we had a pair of gold pants as well… with one minor caveat. You see, the only pair of Adidas football pants that existed in gold belonged to the ASU mascot Sparky. For those of you that don’t know him, he is a devil that runs around the field and does push ups. The big issue is that Sparky has a tail. Some of you have figured out where this is going, and yes, the only pair of gold pants we had had a hole in the rear for his tail. 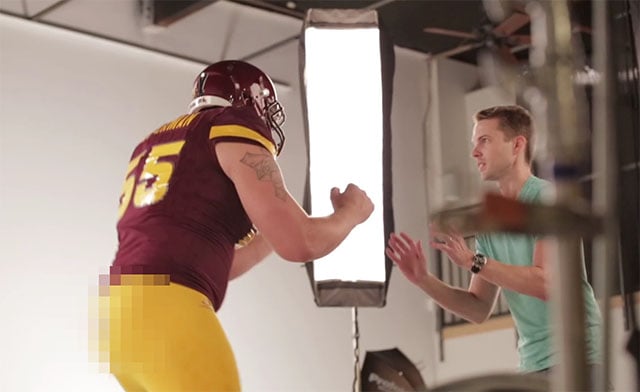 Remember, photoshoots will always make you stronger and more resourceful for the next one.

So we shot for two days on set and had final images being delivered even when we showed up for day two. Here’s a behind-the-scenes video of the photo shoot:

The reason it all happened is quite simple, incredible people. From crew to client to talent to retouching, everyone involved on this project didn’t worry about deadline, they just worried about doing their best and staying positive.

As much as being an advertising photographer is about being in control of a production, the true talent of one is measured when control is given up.