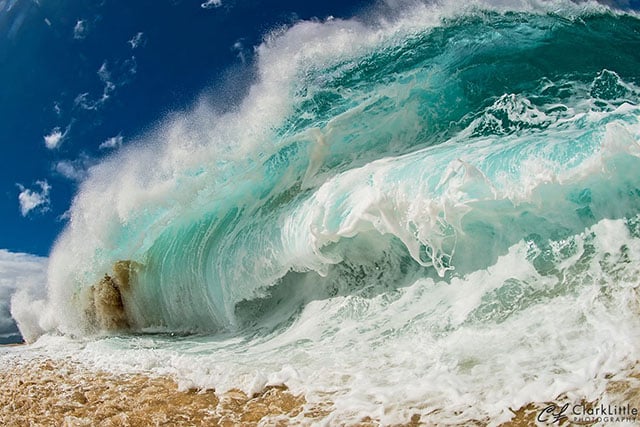 Photographer Clark Little is known for his jaw-dropping photos of giant waves crashing onto shore, a niche that’s known as shorebreak photography. Earlier this month, he captured the amazing shot above on a beach in Oahu, Hawaii.

It can be hard to get a sense of scale without anything in the shot for reference. Luckily, photographer Tharin Rosa managed to capture an equally amazing photo of Little bracing for impact: 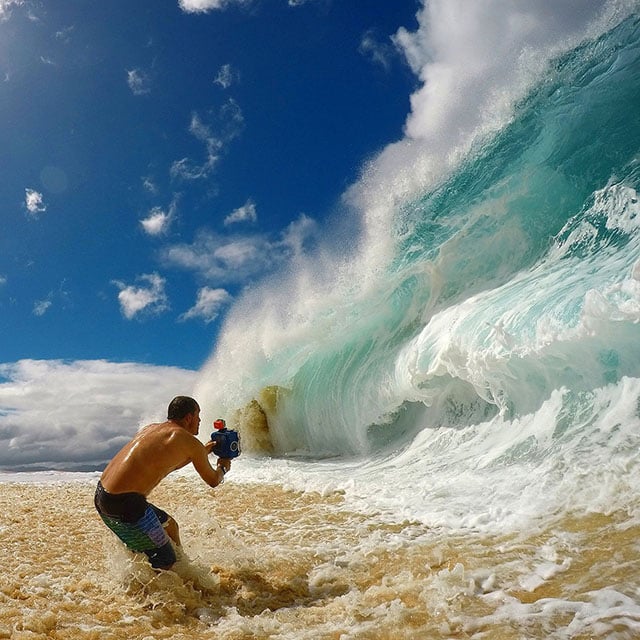 Want to go up yet another level? Photographer Jacob VanderVelde managed to capture a photo of Rosa photographing Little photographing the wave (shortly after the shot above):

Finally, photographer Chris Kincade captured this photo of Little, Rosa, and VanderVelde in the water together (shortly after the shot above):

Check out Little’s website and Instagram if you’d like to see more of his work. We also interviewed him in 2013 and shared a behind-the-scenes video in 2014.