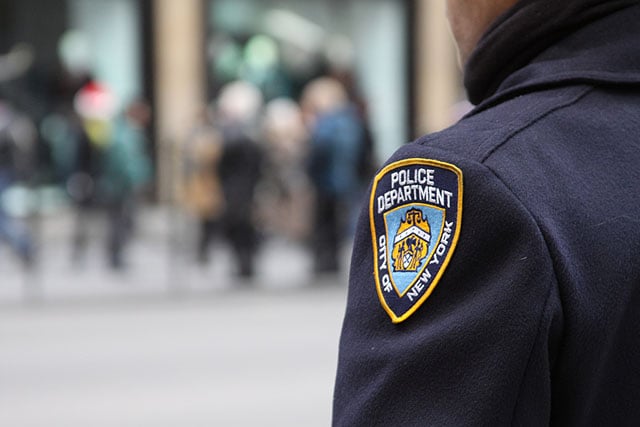 A New York Police Department officer has been convicted of a felony for lying about the arrest of a New York Times photographer back in 2012.

The New York Times reports that officer Michael Ackermann was found guilty by a judge yesterday of a felony count of offering a false instrument for filing. He was cleared for a second felony, falsifying business records, which could have pushed the maximum prison time to 7 years.

We first wrote about the story back in August 2012 after New York Times photographer Robert Stolarik was arrested on a Bronx street while taking pictures of a street fight and arrest. Stolarik claims that his camera was grabbed and slammed into his face, and that the officers then took away his cameras, dragged him to the ground, and kicked him in the back.

The police department, on the other hand, claimed at the time that Stolarik had pushed forward when being asked to move back, accidentally striking a police officer in the face with his camera. He then allegedly “violently resisted” while being handcuffed.

In his report on the incident, Ackermann accused Stolarik of interfering with the arrest Stolarik was photographing by repeatedly firing his camera flash into Ackermann’s face. That claim was discovered to be a lie when an investigation showed that Stolarik neither owned a flash or had one with him at the time.

During the trial, Ackermann apologized for the report, saying it was an honest mistake, and that he had mistaken other lights at the scene (e.g. flashlights and patrol car lights) for a camera flash, the Times reports. The court didn’t buy it.

Ackermann’s sentencing will be on December 2nd, 2015, and he faces up to 4 years in jail for his fib. He has now been suspended without pay by the NYPD.

P.S. Back in 2011, the New York Times sent an angry letter to the NYPD after Stolarik was interfered with while covering the Occupy Wall Street protests.

Photographing Cruise Ships From Above with a Drone