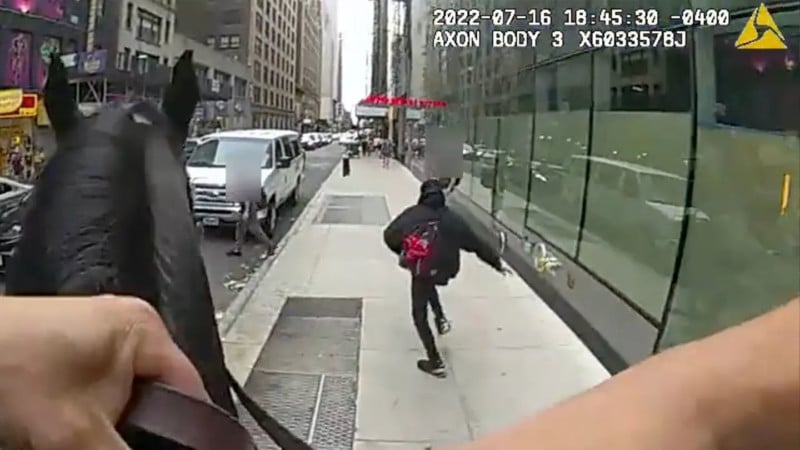 The New York Police Department (NYPD) has posted bodycam footage taken from one of their mounted police officers as they apprehend an alleged sunglasses thief in Times Square.

The unusual clip, recorded by a mounted special operations officer’s bodycam, shows the cop briefly talking to the suspect before he quickly turns and runs away from the police officer.

The footage, filmed on July 16, then shows a first-person view perspective of what it’s like to chase someone through one of the world’s busiest cities while on a horse.

The alleged robber does a good job of running from the officer and manages to stretch away from the equine unit. But when the lawman and his horse catch up to the supposed wrongdoer, their colleagues have him under arrest.

All of your NYPD officers are involved in crime reduction, even the four-legged ones.

Saturday evening, a male robbed a sunglass vendor in Times Square, but a @NYPDSpecialops Mounted officer was hot on his trail. With assistance from nearby officers an arrest was quickly made. pic.twitter.com/5ANbLKdYSI

The mounted officer had been approached by a 60-year-old man, the victim, who accused the suspect of stealing sunglasses from his display table in Times Square.

Police say they arrested 34-year-old Ignacio Lewis, a homeless man, on charges of first-degree robbery, menacing and criminal possession of a weapon. They also recovered seven pairs of sunglasses allegedly swiped from the victim’s display table. 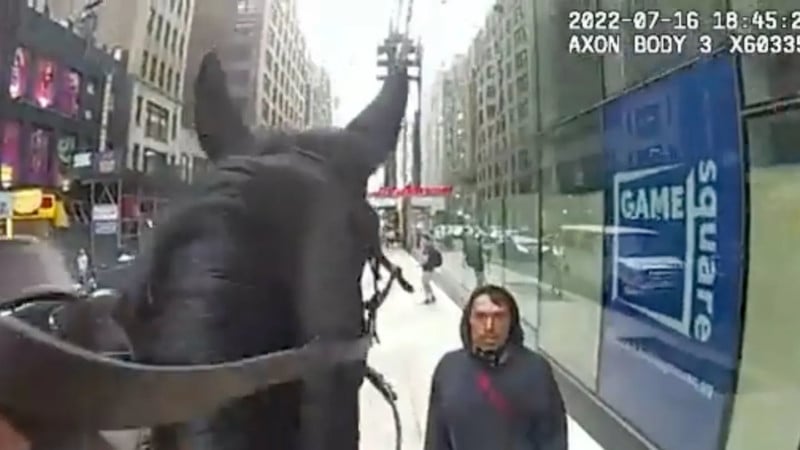 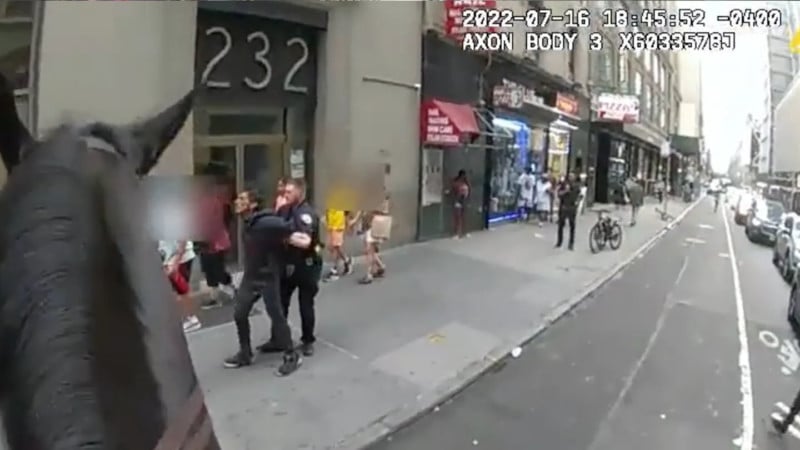 “The victim confronted the subject, who displayed a broken piece of glass and swung it towards the victim in a threatening manner,” the department says in a statement. “The suspect fled the location on foot and a police officer of NYPD’s Mounted Police apprehended the suspect with the assistance of Public Safety Officers.”

The incident took place on West 40th Street, close to Times Square with Keechant Sewell, Police Commissioner of the City of New York writing on Twitter: “There was no chance this robbery suspect could outrun our 10-foot cop riding Samson! With help from fellow Finest in Times Square, this individual was arrested and charged.”