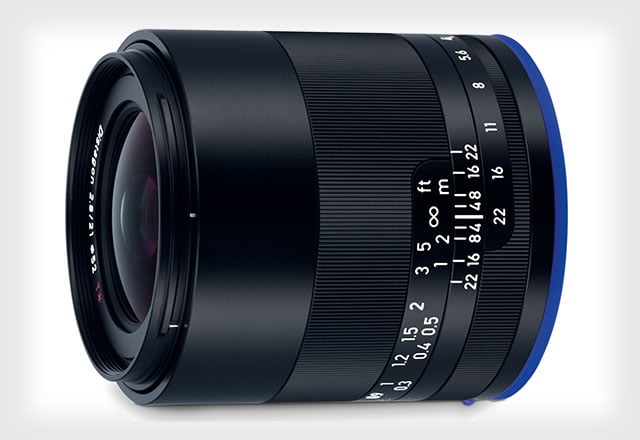 Zeiss today announced its new Loxia 21mm f/2.8 wide-angle lens for Sony E-mount cameras. The compact and powerful lens was designed specifically for Sony’s increasingly-higher-resolution full-frame sensors, and joins the 35mm f/2 and 50mm f/2 lenses that kicked off the Loxia line when it was unveiled in September 2014. 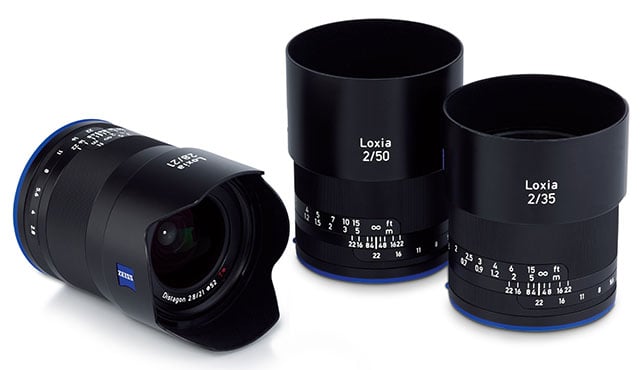 Like the existing Loxia lenses, the new 21mm f/2.8 is great for video, as it has a mechanical aperture setting and the ability to de-activate the aperture click stop to allow for smooth transitions. Another interesting video-centric feature is the fact that all Loxia lenses have the same external diameter, making it so you don’t need to adjust external accessories (e.g. follow focus devices) every time you swap out Loxia lenses. The electronic interface in the lens communicates with Sony cameras, allowing EXIF data to be saved and for the optional on-screen magnification feature to appear when manually focusing the lens.

Other specs and features of the lens include a 91-degree angle of view, a minimum focusing distance of 0.25m (~9.84in), a weight of just 394 g (13.54 oz), 11 elements in 9 groups with an underlying Zeiss Distagon design, a durable metal barrel, a 52mm filter diameter, and special weatherproofing on the lens mount that keeps the elements out.