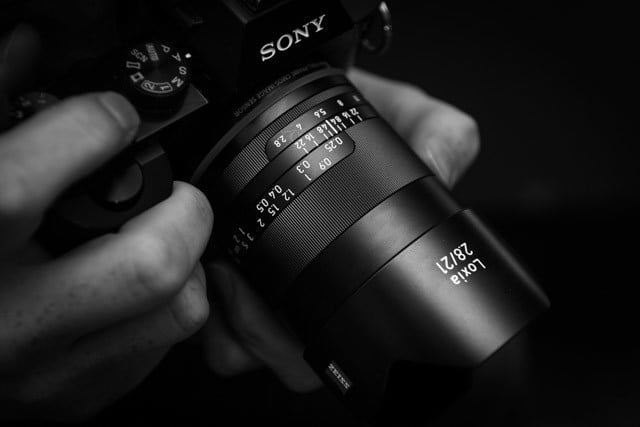 Well, well… what do we have here. Another amazing Sony E-Mount lens from those young, hip lens dreamers over at Zeiss. Perhaps you’ve heard of them, they’re the blue logo’d company looking to take a cool $1,499 out of our collective pockets so we get the pleasure of owning the newest piece of the growing lineup that is Loxia E-Mounts. And you know what, they may have just succeeded… just. The Loxia 21mm f/2.8 joins an already impressive set of Zeiss Loxia’s (or is the plural Loxi. The 35mm f/2 and 50mm f/2 have already been out for a while so if you’re familiar with those then you’re familiar with the 21mm; not much has changed. However if you’re new to the Loxia line you’ll be happy to know that I was fortunate enough to have this lens in my hands for a few days and can give you the inside shooters scoop.

First, I want to discuss the optics and actually producing pictures with the Loxia. I’ll start on the outside of the frame and work my way in.

Wide open, the lens does have some darkening in those corners, albeit situational and incredibly minimal. I’m being very, very ‘pixel-peepery’ about this, which isn’t my style so I’m going to move on. But just know that unless you’re the most particular of photographers who somehow doesn’t own Lightroom, this gentle light fall off will be non-existent and easily corrected when it is apparent.

Edge to edge, the sharpness of this lens becomes truly astounding. Here’s one example of the sharpness I’m talking about. This is f/2.8.

Completely zoomed in to 100%, you can actually pick out detail in those seagulls and the black lettering on the satellite dish mounted on the house. At this wide of an angle, this to me is an insane level of sharpness for f/2.8 at this focal range. The seagulls are especially mind blowing because at near full screen view I can barely see them, they’re that small.

In the corners where a little barrel distortion is to be expected, sharpness and overall image clarity is more than satisfying. Bokeh falls in the neutral to good classification, some may even say it’s wonderful. There’s almost zero lens flaring in my real world testing. Heck, I shot directly into the sun on this one and I can’t find one flare. 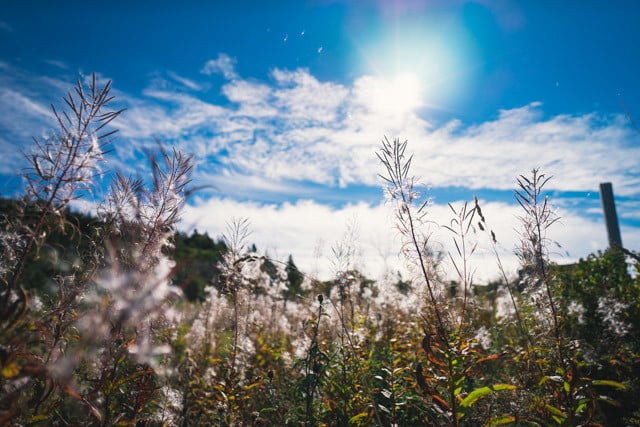 And color!? Top notch. The color rendition, contrast and saturation on this lens is flat out appealing. I love it and when I first sent a couple proof pictures off to our own Michael Zhang, he replied back in 10 seconds grilling me over whether or not I’d boosted the saturation levels in post. I had not and I didn’t need to. In fact the only tweaks all of these photos have are white balance correction, a slight curves adjust (darks +10/ lights -10). Unlike my Voigtlander, the Loxia requires little to no upkeep in post. That is incredible — making better pictures and saving time? Thank you very much Loxia. The wide angle of view (91 degrees on a full frame) combined with a wonderfully close focusing distance of just under ten inches (9.84′) allows for creativity to tick every box of a generalist photographers to-do list on a vacation, hike or photo adventure. Also, the hard stop at infinity focus means it’s impossible to make a mistake at that end. Perfect.

It was at this point in my decision making process that I became confident that once the Zeiss Loxia 21mm f/2.8 was released in December, I would own it.

Then the frustrations began. 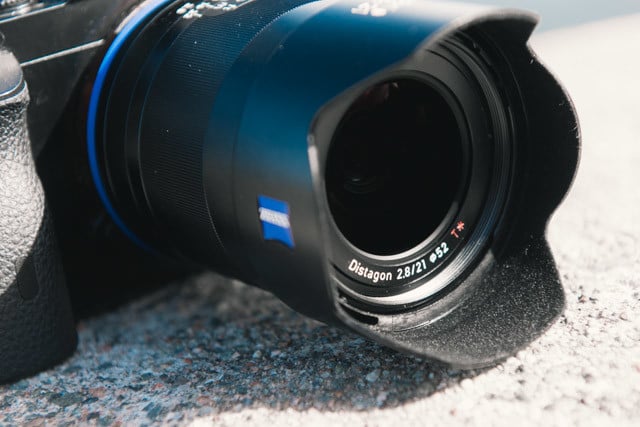 I want to touch on build quality first because it’s easy. One word: fantastic. When I’m shooting, I usually hold my A7 by the lens and this tends to give me a good basis of a lens’ true build quality. So much time with it in my hand as I traipse around the city or countryside and any of the little wobbles, bobbles or loose bits of internal doohickery will soon become very apparent against the palm of your hand.

Besides the hood that kind of hangs on for dear life, the rest of the lens is built like a brick. And despite being a brick, I never found it too heavy — 394g or 0.87lbs — or cumbersome. It’s weighted very well and isn’t top heavy. I would define it as very comfortable to shoot with, sort of. 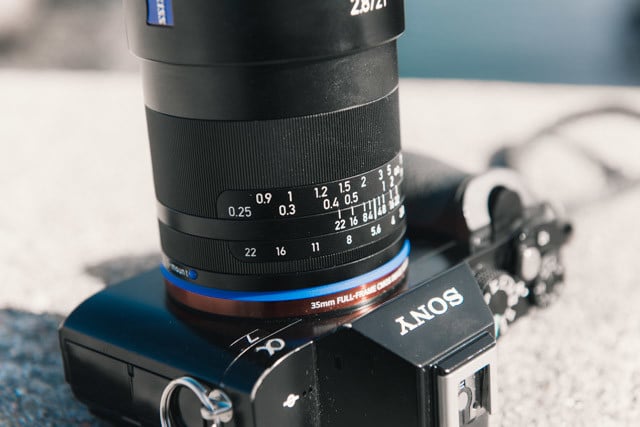 I shouldn’t have to actually look at the barrel of my lens to adjust focus or aperture, ever. In my brief but real world testing of this lens, this was a problem that didn’t go away. No muscle memory could save me, because there wasn’t anything to learn or memorize.

To me this is a bit of a fail on the part of Zeiss. Easy problems, easy solutions and the beautiful appearance of this lens leaves me believing they chose form over function on this one.

Tidbits Worth A Mention

The Loxia 21mm f/2.8 has a distance scale that every street photographer loves, self included. It does EXIF data, which is fun and nice to look at especially if you’re still learning as a photographer. It also has a handy party trick whereby it tells A7 to switch to magnified view when the focus ring is engaged. Speaking of tricks, similar to the 50mm and 35mm, Loxia’s 21mm also has a silent aperture ring mode, great for cinematographers. The 52mm filter threads mean you’ll need another step down ring for your standard 77mm threaded filters. And finally, consistent with the rest of the Zeiss Loxia line, there is some weather resistance with a blue rubber ring at the lens mount. Some is better than none and this pleases me.

When I first mounted the Zeiss Loxia 21mm f/2.8 and began taking pictures, my initial thought was “uh oh, bend over and prepare the credit card” — and this feeling latest for about two hours. After which my fingers began to strain — just a little — from focusing manually on the smooth knurling of the lens’ barrel. Furthermore, the aforementioned difficulty I’d been experiencing when changing aperture hadn’t gone away.

Annoyingly, over the course of two days worth of shooting I’d not really figured out an easy way to quickly and most importantly, blindly find the f-stop ring with my fingers without tweaking my focus along the way. All Zeiss had to do was use rubber instead of metal on the knurling and/or a slight feature in the barrel’s design to differentiate the f-stop selector from the focusing ring, simple as that.

These fixes are easy and you may tell me I’m really nitpicking here but in my mind I’m not: in one respect the Loxia 21mm was not a fluid experience. I found myself searching for the aperture selector far too often and it quickly became a habit/requirement to double check focus if I’d made any aperture adjustment. The pictures it makes are beautiful but the process is imperfect.

And with that in mind I have to double check my bank account to ensure I didn’t order this in my sleep. Yes it has its foibles but the image quality is so good and for me its size is in that ‘Just Right’ category of E-Mount glass. The decision not to buy is hard to make.

As I write this I’m talking myself into dealing with the slippery focus ring and only shooting at f/2.8 because well, it’s tack sharp wide open anyway.

When I first bought my A7, this lens was exactly what I wanted and I settled for the lower quality, wide angle Voigtlander until something better came along capable of producing high quality (edge to edge), wide angle images on the A7 series sensors.

Slippery grip aside, I think I’ve just convinced myself. Now if I could only convince the bank account.