PermaGrin photographer Marc Donahue tells us that he, producer Roth Rind, and music artist Jordan Corey started working on the project with then-9-year-old Kai Burich back in 2013.

Scheduling the shoots was difficult due to Burich’s schoolwork and extracurricular, so 60 days of production ended up getting spread over 1.5 years.

Camera-wise, the crew used a RED Epic, a Canon 5D Mark III, and a custom GoPro array on a curved rail. 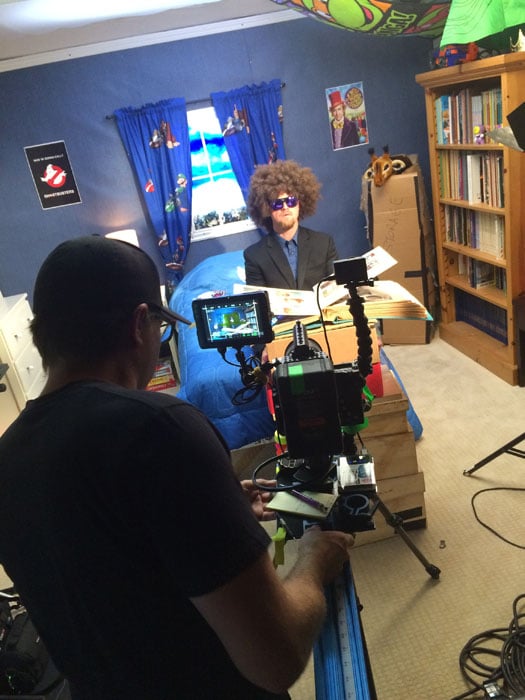 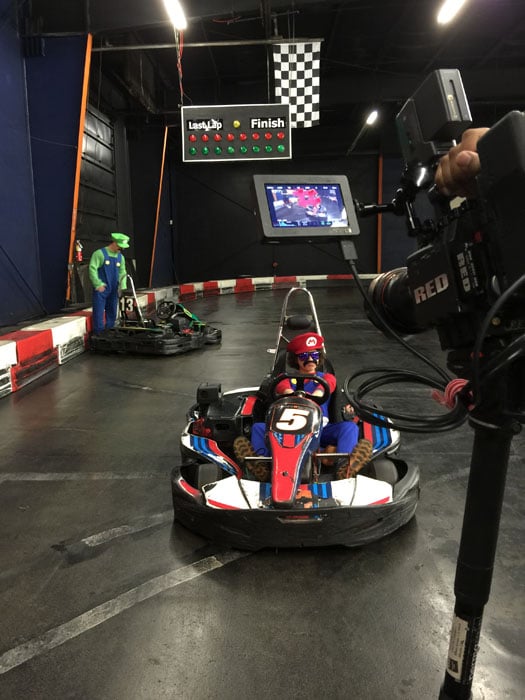 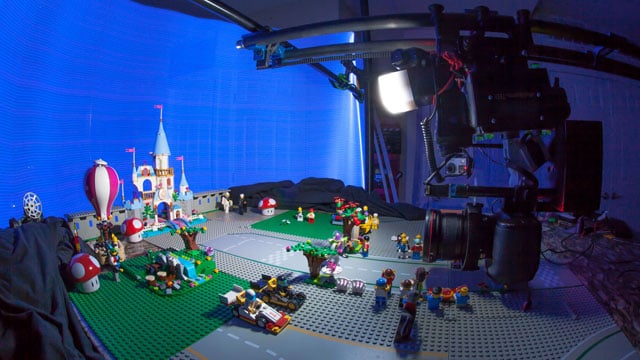 “During this time technology changed and the 4K revolution hit the DSLR and the action camera market,” Donahue tells PetaPixel. “This allowed us to reform shots to incorporate moves with drone cinematography and unique perspective filming on the GoPro Hero 4.”

The team used many tricks in the filmmakers playbook: stop-motion, bullet-time, time-lapse, time-slice, and what Donahue calls “lyric lapsing,” which matches the actor’s mouth to music over the course of stop motion. The goal was to keep the effects as practical and in-camera as possible with little to no compositing.

“For example, we built a little boys bedroom inside of our garage studio, but we wanted to see the stars and clouds outside,” Donahue says. “Rind picked up a 4K television and mounted it on it’s side behind our set so that we could play back what we wanted to show in the window.”

“In some stop motion scenes, we loaded a previously shot timelapse onto the TV and moved frame by frame on the TV remote as we did our stop motion.”

The “lyric lapsing” was done by breaking the song down, “frame by frame” and knowing exactly what words and sounds happen in each frame of the video. “Scenes could melt into other scenes by carefully measuring movements and distances,” Donahue tells PetaPixel. 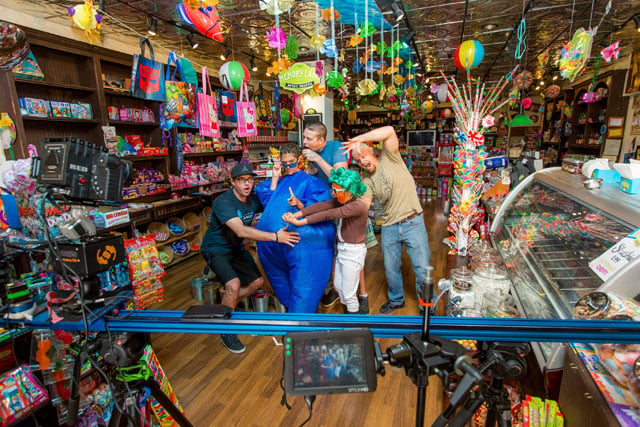 In the end, the project created about 12 terabytes of content, of which 80% was used for the resulting video and this behind-the-scenes video showing how things were done:

“As children, we viewed the world through the lenses of our imaginations,” the short film says. “The carpet became lava, the shadows formed monsters, the family minivan was a spaceship. But the older we got, the more reality set in, and soon we forgot the magic our minds could create.”

“We invite you to step back into your childhood and take a look through the lens once again.”

Ep. 8: Do Photojournalists Go Too Far…or is Donald Trump Just a Meanie? – and more

Voigtlander Rangefinder Cameras Are No More