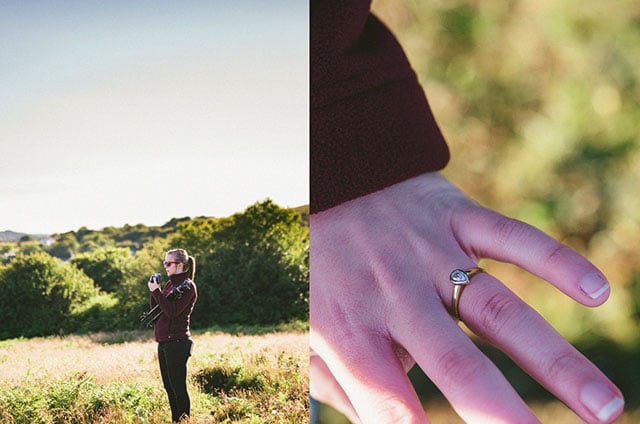 I’ve often looked at engagement shoots, and there are generally two types. One is when a couple are already engaged so is more of a pre-wedding shoot, and one is where someone is brave enough to invite a photographer along while he or she actually pops the question. The latter is rarer, and it made me wonder if I could get a friend to be there when I did it. The more I thought about it the more it didn’t fit in with what I had originally planned.


I’d always envisioned asking my girlfriend Becky in the Gower of South Wales, as it’s a place close to both our hearts. Three Cliffs is a popular but often missed beach. There is no direct car park access and it’s close to the popular and more easily accessible (by car) beaches of Caswell and Oxwich so it’s easy to see why so many people pass it by.

The spot I’d picked is called Nott Hill and is fairly quiet, with an incredible view of Three Cliffs Bay below. 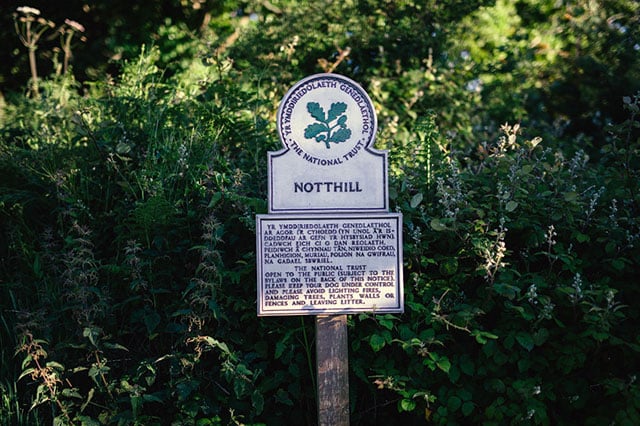 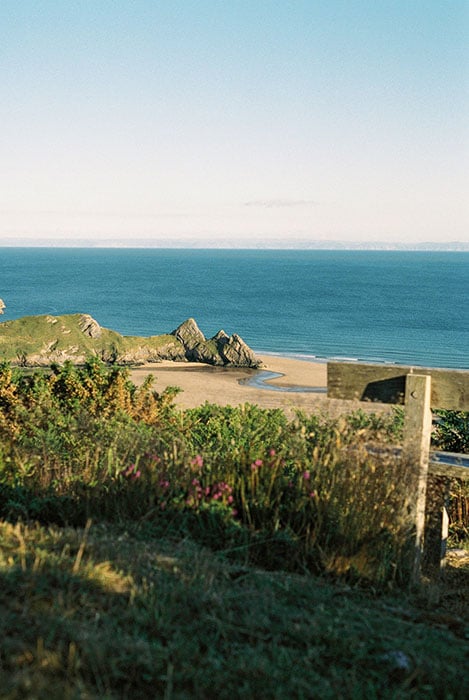 I decided to pretend we were there to both take some photos and that’s when I’d ask. I wanted to ask in an unique way and wondered how I’d hide the ring. I’ve always liked old film cameras that allow you to look down into a waist level viewfinder and thought it would be awesome to pop the ring in there. Instead of opening a box to present the ring, I’d be opening the viewfinder.

Then it got me thinking: what if I could get Becky to take photos of me doing that and disguise it as doing something else? 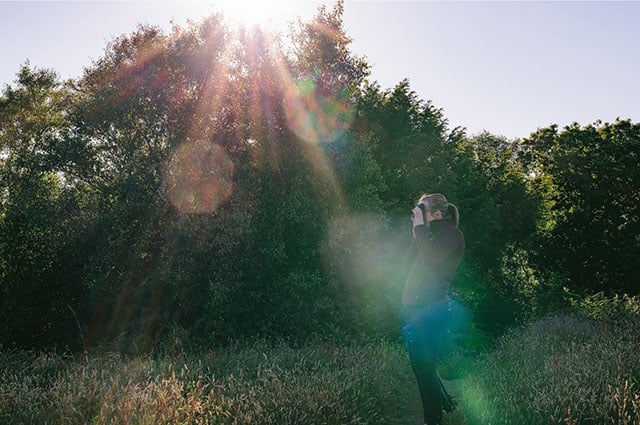 Luckily we’d planned this holiday around our birthdays and I was able to hide the ring in gift wrapping paper — if asked I’d just say it’s a little birthday present. We went away on the Monday, and Becky’s birthday was the Wednesday, giving me just two days to get away with saying it’s just a present. For months I’d casually mention that I had this 3D photo idea planned, saying that by having the film camera on a tripod and Becky taking a photo of it with another camera, it would somehow produce a 3D image.

So even though I talked utter rubbish that would bore most people, Becky still listened and even revealed that she had Googled “3D images” and my idea “sort of made sense.” Little did she know…

The day arrived, and it couldn’t have been more perfect. We’d just arrived and the sun was setting beautifully with hardly any wind at the cliffs edge. We started snapping away and Becky was happily taking photos of our surroundings while I was setting up several cameras.

I’d set up one camera to time-lapse everything going on with an 85mm lens, then the film camera on a tripod facing the cliffs edge. I took my other free digital camera and unwrapped the ring box and slid the ring into my pocket. My heart was pounding. I asked Becky to come over and try the “3D thing” and I let her play with the settings so I knew she would be taking a decent photo when the time came.

It really wasn’t, Becky’s hay fever had kicked in and some of the wind had started up! She wasn’t able to focus because her own eyes wouldn’t focus. I started to pray she’d have patience with me while I urged her to do something that wasn’t working. I told her to close her eyes and popped the ring inside the viewfinder and shut it.

When she started taking photos of me opening the viewfinder, she commented it looked like something had broken inside — she’d heard the noise of me dropping a ring in there and there was now a silhouette of a ring.

“Take a look inside.”

Rather than actually looking inside she decided to zoom in on the picture she had taken on the LCD screen. It was so funny watching her expression change with each click of the zoom button.

I got on one knee like an awkward plonker and asked, and she said yes. 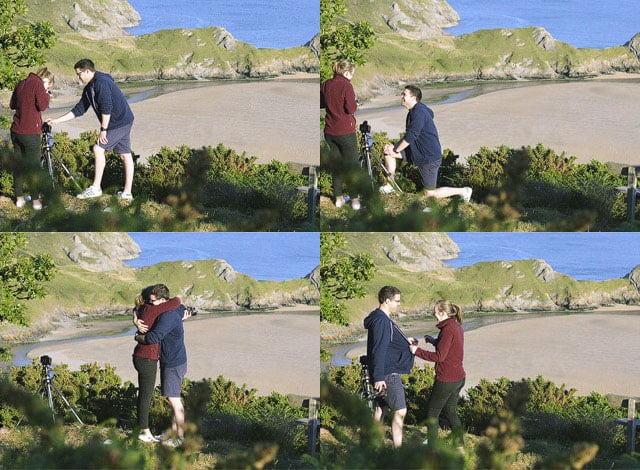 Yessss! After a few moments of hugging, kissing and crying, I looked at Becky and said “you’ve just been the second shooter at your own engagement!” Here are the photos she made: So, I managed to pull it off and now I’m engaged to the most wonderful person in the world! About the author: Che Birch-Hayes is a professional photographer and a lifelong creative. Originally from the North of England, he now resides in Herefordshire. You can find more of his work and writing on his website and blog. This article was also published here.