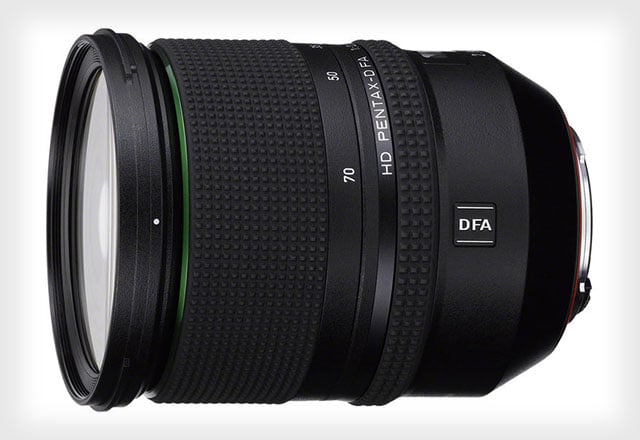 Ricoh has been teasing a full frame Pentax DSLR for some time now, and the latest official word is that the camera will debut in the spring of 2016. The company just announced a new Pentax 24-70mm f/2.8 full-frame lens to set the stage for the new camera. 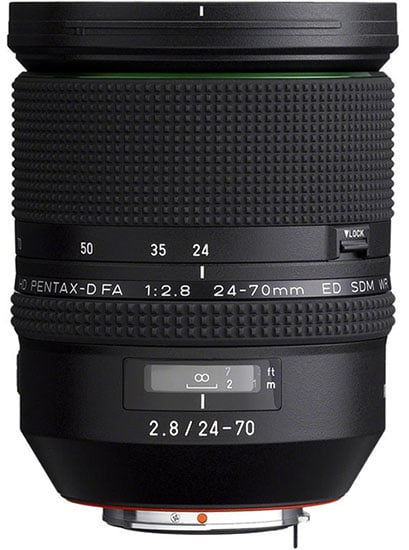 As with the 24-70mm f/2.8 lenses offered for other DSLR brands, this new lens will likely become one of the most popular high-end Pentax zoom lenses due to its versatile range and its large, fixed maximum aperture.

“We’ve built our new 24-70mm lens to meet the rigorous demands of pro photographers for speed, sharpness and performance,” says Ricoh America president Jim Malcolm. “With its versatile focal length and constant f/2.8 aperture, we expect this to be the ‘go-to’ lens for many Pentaxians.” The lens’ features and specs include an aperture range of f/2.8 to f/22, HD lens coating, a 9-blade aperture, a Supersonic Direct-Drive autofocus motor for quick and quiet AF, a Quick-Shift Focus system for fine-tuning with manual focus after the AF locks on, and a zoom lock lever for keeping the lens from extending when it’s pointed downward.