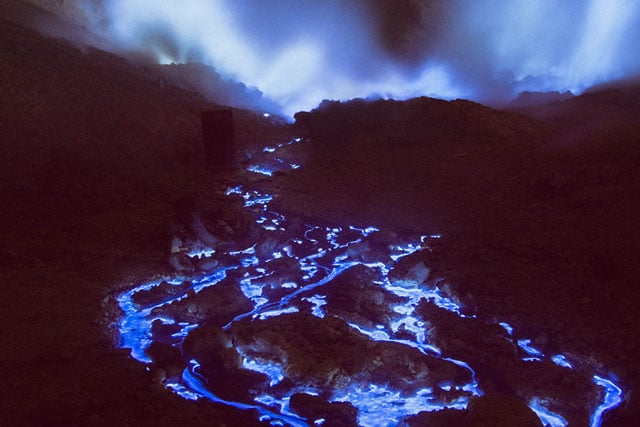 Chicago-based photographer Reuben Wu visited the volcano last month, capturing both its majesty from afar and its mesmerizing blue flows from up close. 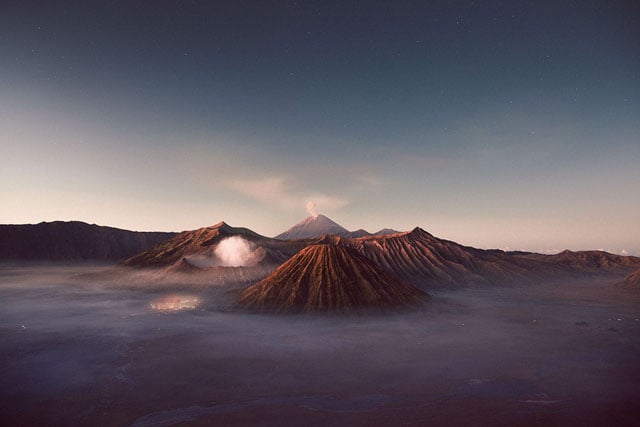 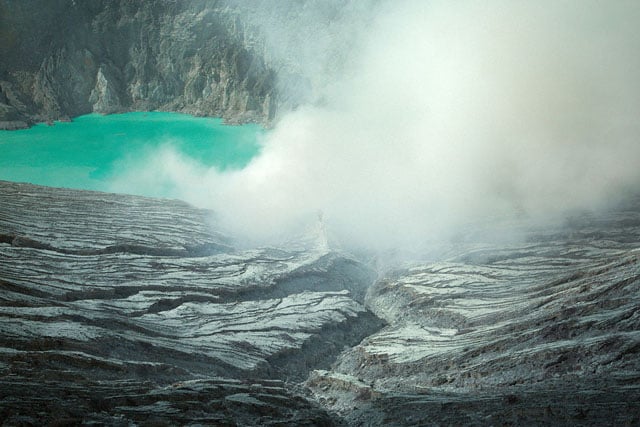 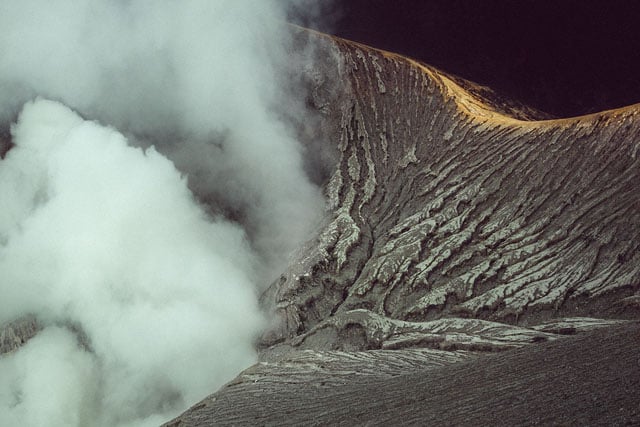 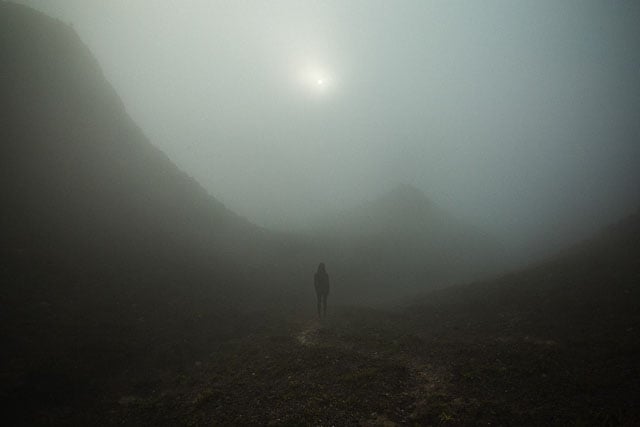 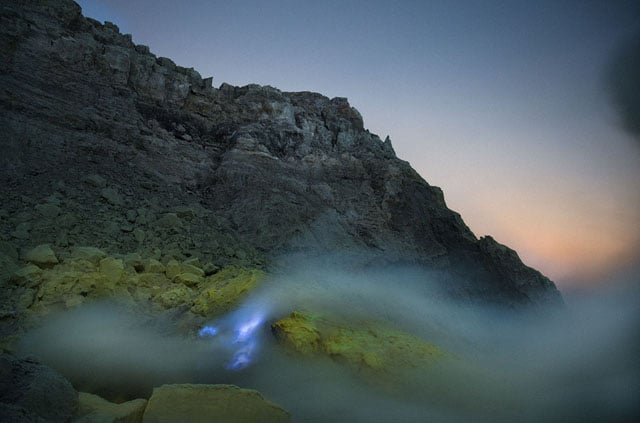 It’s a two hour hike to get to the rim of the crater, and then another 45-minute hike to get down to the bank. Sulfur gas in the crater is ignited by temperatures that reach 1,112° F (600° C). 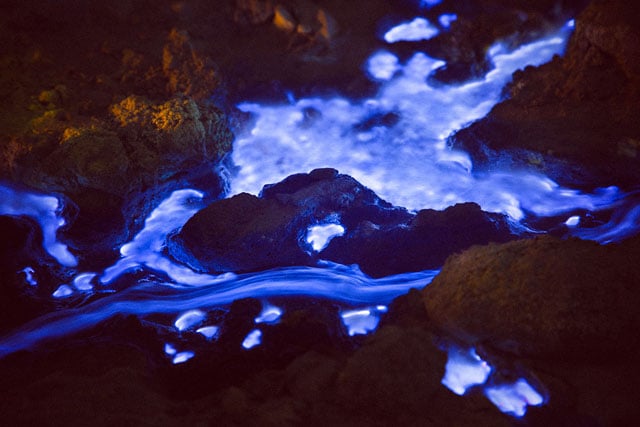 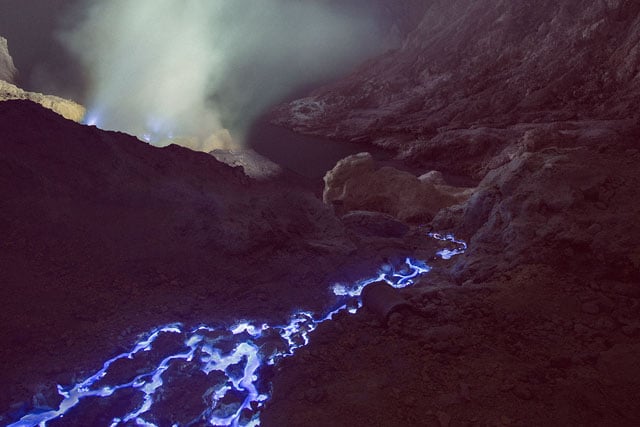 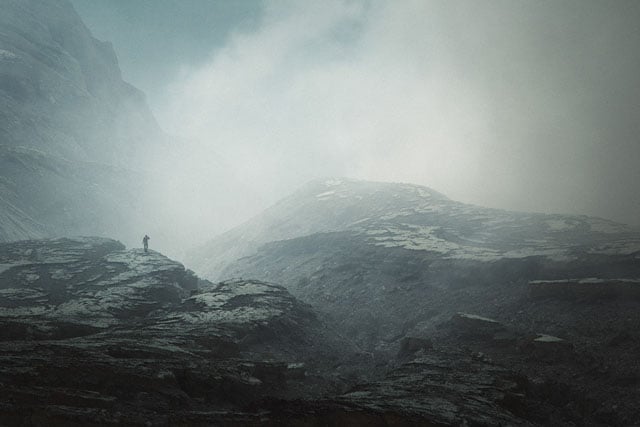 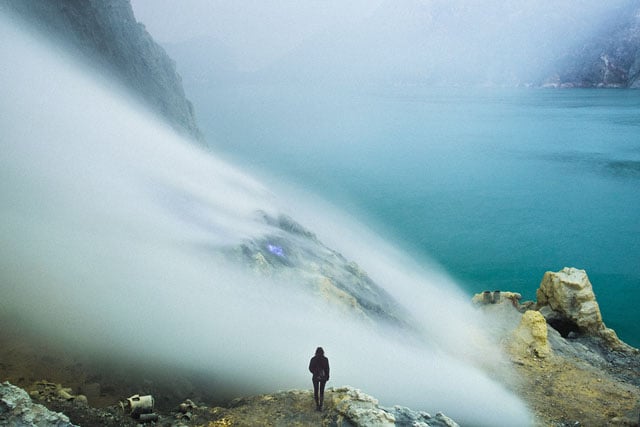 You can find more photos from this series here, and more work by Wu on his website.

(via Reuben Wu via Colossal)