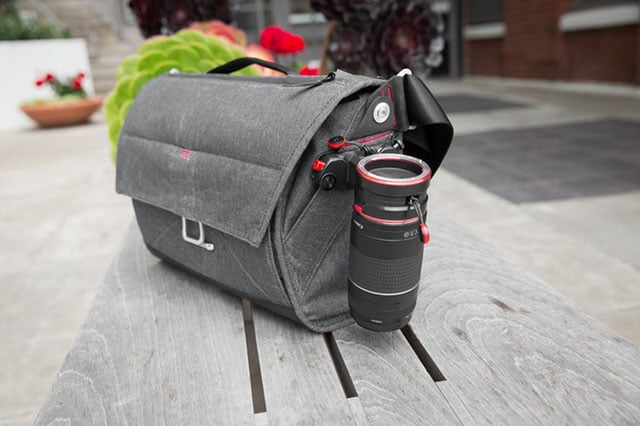 There have been different solutions developed over the years for quickly and easily swapping out lenses with a single hand. First, GoWing introduced the Lens Flipper and Clip, which allows photographers to quickly do swaps in only a few seconds. Now, the folks over at Peak Design have announced the CaptureLENS, a similar fast lens switching device with a few unique stand out features and a smaller price tag.

At first glance, Peak Design’s CaptureLENS may appear near identical to GoWing’s Lens Flipper and Clip system, but there are some noticeable differences. To start, Peak Design’s system is a more stable solution that allows you to rotate the clip and lock it into four different positions; instead of your lenses being able to move freely, they only move when you want them to do so. 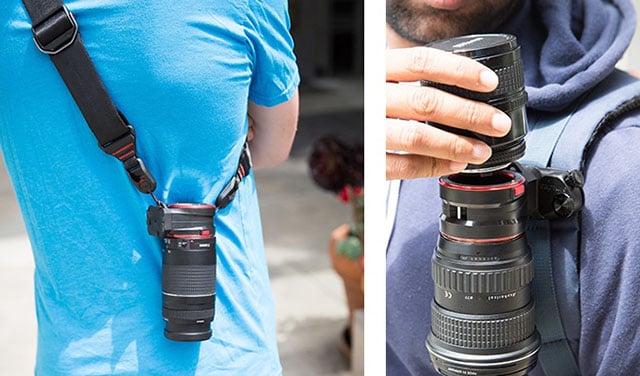 CaptureLENS also integrates with the company’s well known Capture Clip system, so everything you loved (and didn’t love) about the original clip’s operation is distilled within the unit. If you don’t feel like using the Capture Clip, you can also attach the CaptureLENS via Peak Design’s anchors, which are included on all of their belts and straps. 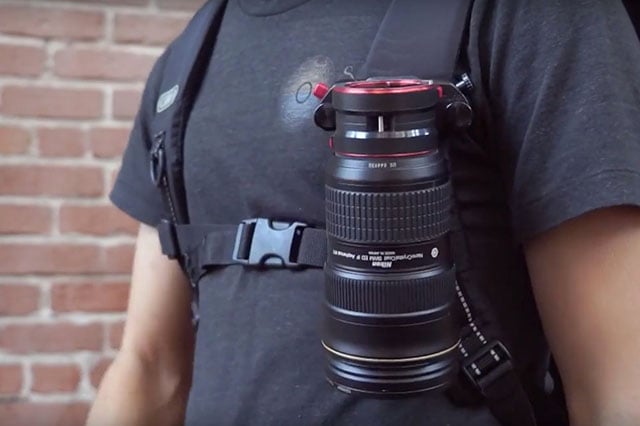 The CaptureLENS is compatible with a variety of lenses including those from Canon, Nikon, and Sony; this is the one area where GoWing takes the slight advantage, as they also support the Micro 4/3rd standard. Simply attach your lenses to the CaptureLENS system and then detach them when needed. There is no need to fumble with your camera and risk dropping your equipment.

Peak Design is currently offering the CaptureLENS within their Everyday Messenger bag Kickstarter campaign for $80. If you already own a Capture Clip or don’t intend on using one, you can pick up the lens kit itself for only $40. By comparison, the GoWing Lens Flipper and Clip system sells for around $120.