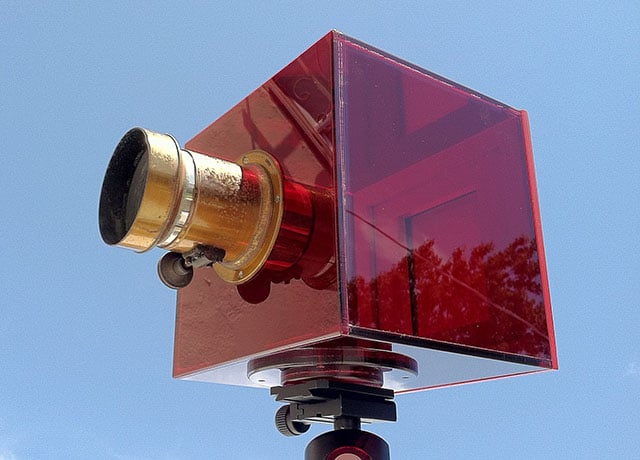 Photographer Anton Orlov has created what he believes is the world’s first camera that’s both completely transparent and fully functional. It’s called CLERA, short for Clear Camera, and is a camera that you can also look into while a projected photo is being exposed.

Orlov first got the idea for this camera while working in a dark box with wet plate collodion photography. He noticed that the sunlight streaming in through the red windows didn’t cause any light fogging in the resulting tintype photo.

“That’s when it struck me,” he writes on his blog. “Why not make a camera out of red material that would filter out UV and blue light!?”

Orlov then set out to turn his camera idea into reality. What he ended up creating was a simple daguerreotype box camera with a 19th-century Petzval lens purchased on eBay, red sheets of a nearly indestructible polycarbonate, and a spare 4×5 camera back. 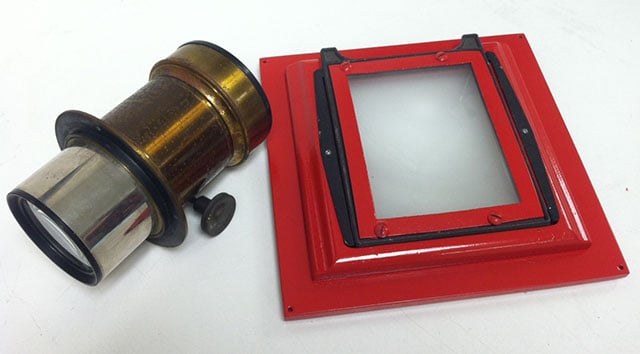 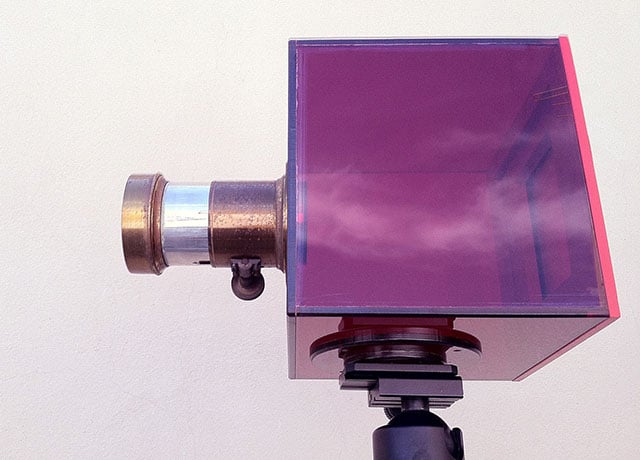 After days of experimentation and “debugging,” Orlov figured out how to make the camera work flawlessly in any condition. Here are some test shots created along the way (some show some fogging): 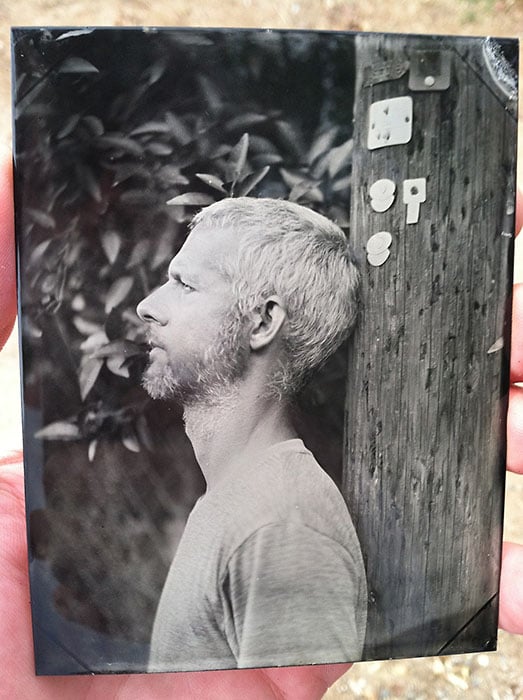 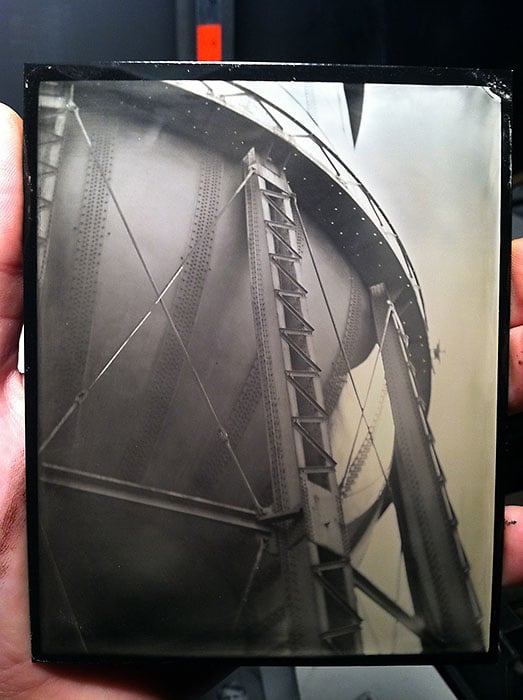 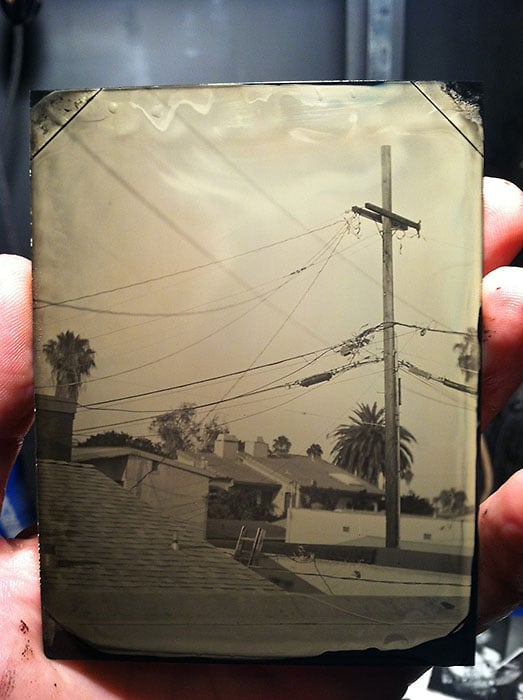 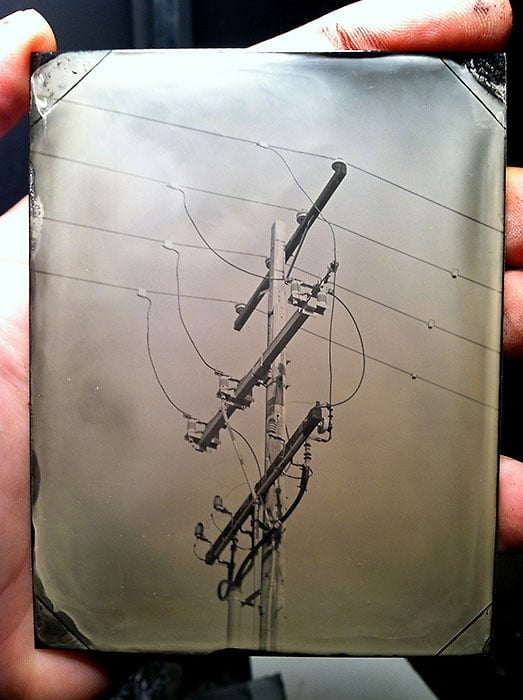 After improving the camera, tintypes made with it are now indistinguishable from those created by other traditional cameras, even when the plates were exposed with the sun shining directly onto them through a side of the camera. 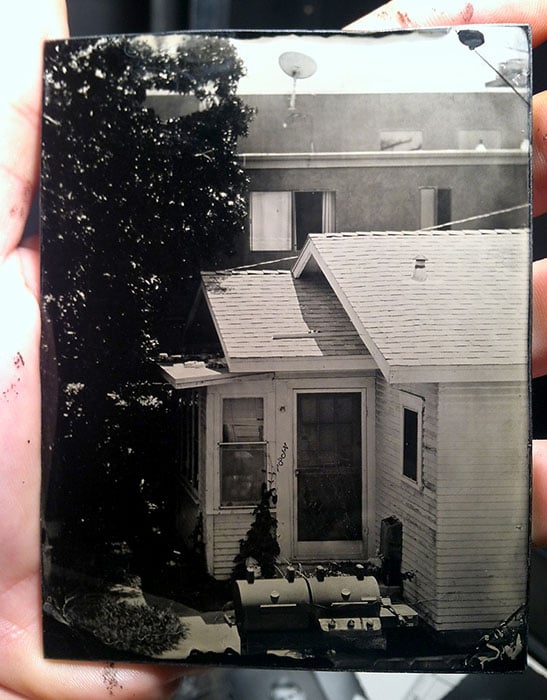 The camera works with direct positive photo paper as well. So what’s the science behind this? “It’s rather simple really,” Orlov tells PetaPixel. “Quite a few photo materials are not sensitive to red light (think a red safelight in any darkroom — paper there doesn’t fog) and so red light being all around those materials is no problem.”

“These materials include the first photo technique the daguerreotype, tintype, photo paper both positive and negative, lithographic and orthochromatic films, and others that I likely missing right now,” he says. “If it was panchromatic material like regular black and white films we mostly see today they would surely fog to oblivion with that much light around.”

Orlov is now selling custom CLERA cameras to photographers who are interested. The camera can be designed around a particular lens of your choice — just drop him an email to get the process started. Pricing is $350 for 4×5 (and smaller), $500 for 5×7, and $700 for 8×0.

A CLERA 2.0 is also on the way: Orlov says he’s working on a sliding box design that allows for various lenses and shorter focusing distances (the current camera has a min distance of 6 feet).

(via The Photo Palace via Phogotraphy)

P.S. Orlov has been teaching photography workshops out of a custom 35-foot school bus called the Photo Palace Bus.

Photos of Amsterdam Coffeehouses Developed with the Coffee They Sell