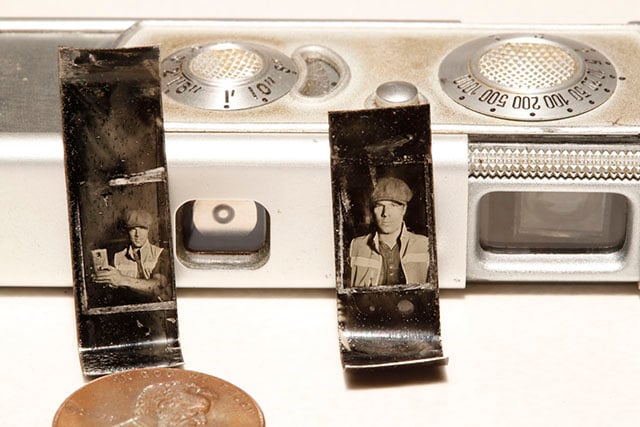 How small can you go when it comes to wet plate collodion photography? Photographer Anton Orlov of The Photo Palace recently experimented with this question by shooting thumbnail-sized 8x11mm tintypes using an old Minox subminiature camera — a model A III from the 1950s.

Orlov had quite a few of the Minox cameras in his collection, so he decided to dedicate one of them to experimental tintype photography. Once silver nitrate is put through the camera, it eats away at the metal surfaces and makes the camera unusable for film, Orlov says.

The Minox A III has a 15mm f/3.5 lens and flash X-sync, so Orlov was able to pair it with a Photogenic 1500 monolight. For a plate, Orlov used extremely thin japanned iron sheets that can be inserted into the Minox’s narrow film slot. A pipette was needed to apply small quantities of developer to the plate. 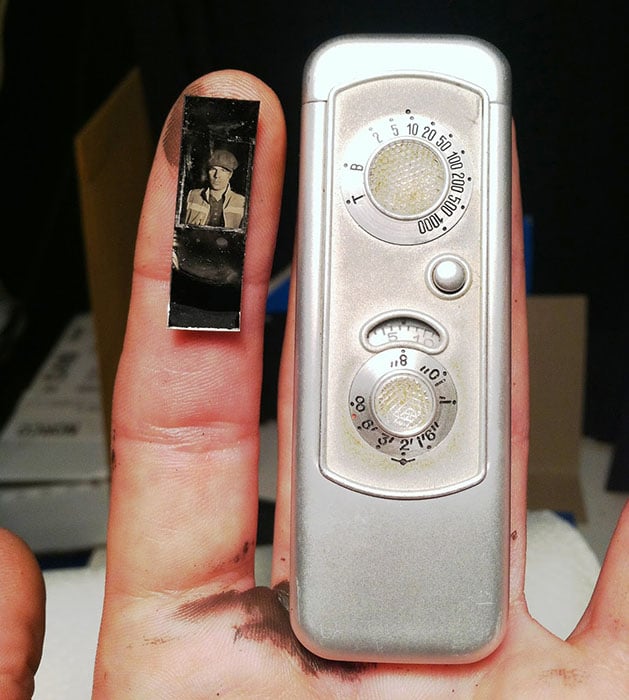 Here’s a closeup of the photo that shows its details: 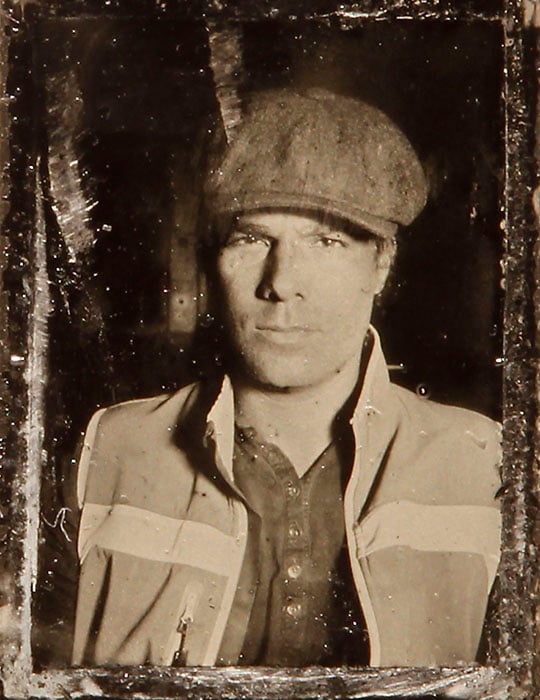 Orlov says that Stanhopes from 1857 technically created smaller 2x2mm wet plate collodion photos, but they were created by exposing dozens of photos onto a larger plate and then cutting the plate into micro plates.

“I still think these plates stand as being the smallest poured without cutting,” Orlov says.

You can follow along with Orlov’s analog experiments over on The Photo Palace. He previously made a transparent wet plate camera.

Also, on the other end of the size spectrum, check out Ian Ruhter’s 36×24-inch wet plates that are exposed using his giant van camera.

Image credits: Photographs by Anton Orlov and used with permission

Ep. 20: Are There Some Things the Media Shouldn’t Cover? – and more