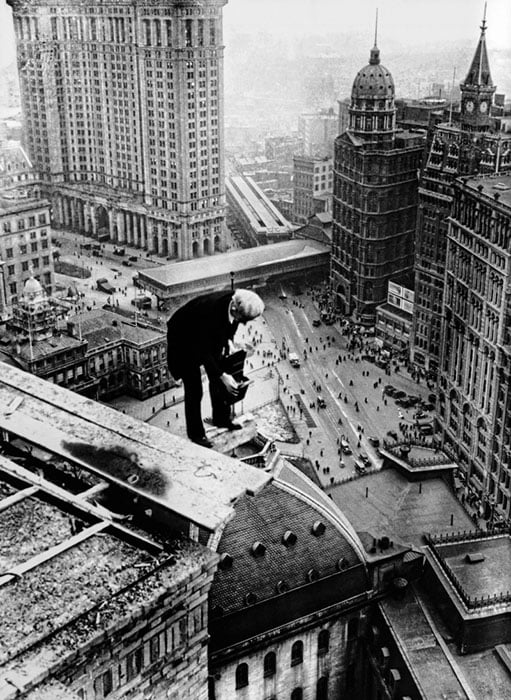 Rooftopping photographers have gotten a lot of attention and notoriety in recent days for climbing to extremely high points in cities and shooting photos while often teetering on the edge. It turns out photographers were already pulling similar stunts nearly a century ago.

The picture above (by an unknown photographer) shows a photographer taking a picture of New York City streets while standing high above on the corner of a skyscraper. It was taken sometime in the mid-1920s.

Update: Here’s a 1905 photo of a photographer sitting high above Fifth Avenue: 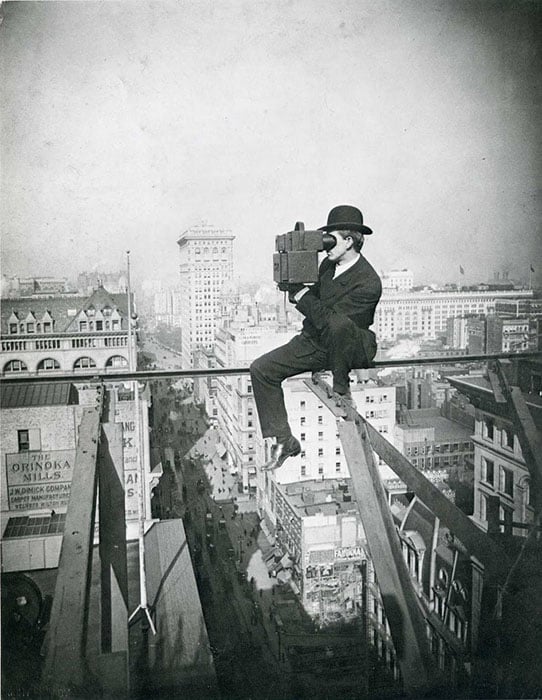 This photo, purportedly of photographer Charles C. Ebbets in 1932, is reminiscent of many of the rooftopping photos we see today. 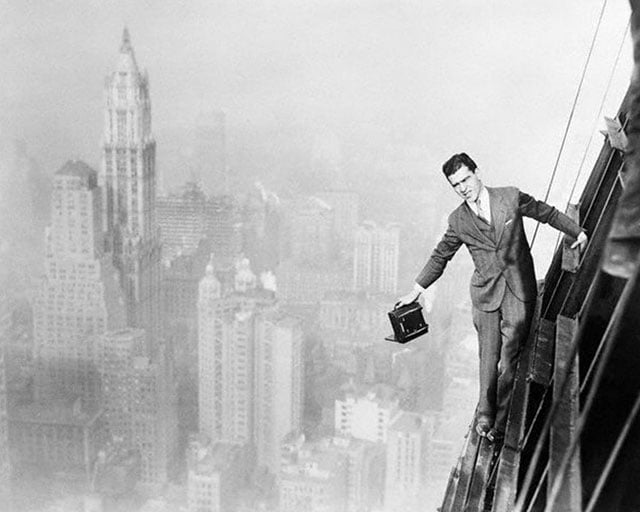 Update: As photographer Bob Cooley points out in the comments below, multiple sources on the Internet suggest that all three of these photos show photographer Charles C. Ebbets, who was known for these types of stunts.

What Phone Cameras and Social Media Have Done to Special Moments

Kentucky Man Arrested After Shooting Down Camera Drone with Shotgun