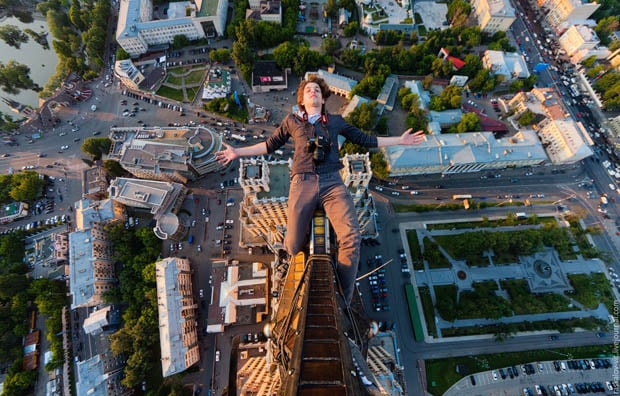 Earlier this year, we wrote about a dangerous new Russian photo fad called “skywalking,” in which thrill-seeking climber-photographers seek out the highest man-made structures they can find, climb to the apexes without proper safety equipment, and then shoot photographs of themselves and the view once they’re there.

Two of the photographers who have been generating a lot of buzz in this niche are Vitaly Raskalov and Alexander Remnev.


The two daredevils have scaled many of the highest structures in Russian without the protection of a safety harness. Once they’re at the top, they often hang from precarious locations in order to pose for photos that make viewers’ knees tremble.

As with rooftopping photographers, skywalkers often trespass in order to get to the vantage points they desire, slipping through unlocked doors or climbing up different ladders to get to places that are off-limits to the public.

Remnev tells The Daily Mail that there are currently around 200 photographers in Russia that do this type of risky photography — most of them young students. Remnev himself is only 18 years old. 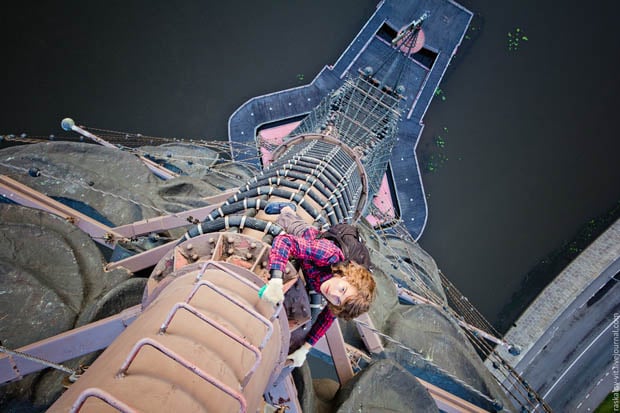 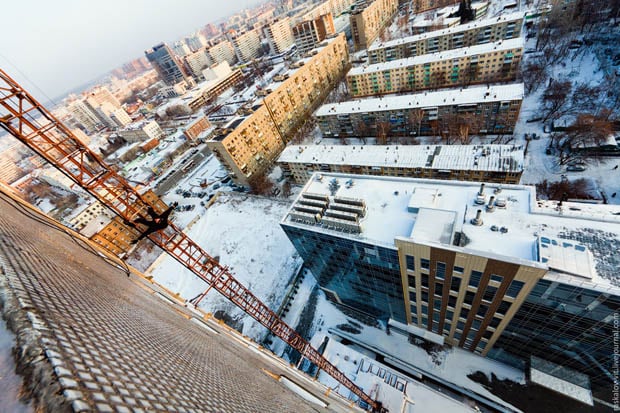 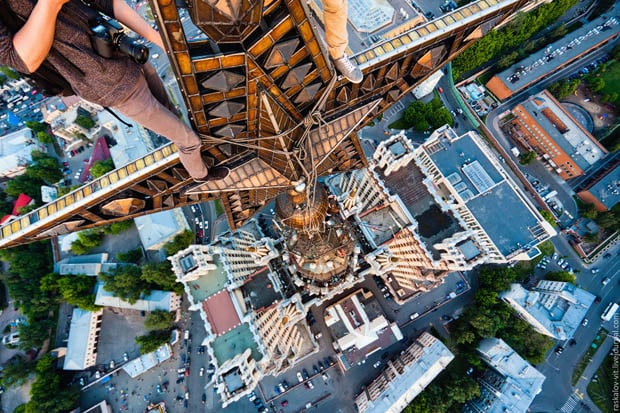 The two often use GoPros during their climbing adventures as well, offering a point-of-view look at just how dangerous their pastime is:

Here’s a similar video by a guy named Artem Pirniyazov. This one went viral and has amassed over a million views on YouTube:

You can find more of these crazy photos and videos (along with some gorgeous landscape photographs) on Raskalov’s blog and Remnev’s 500px page.

Needless to say, you probably should not try this at home… or anywhere else on Earth, for that matter.