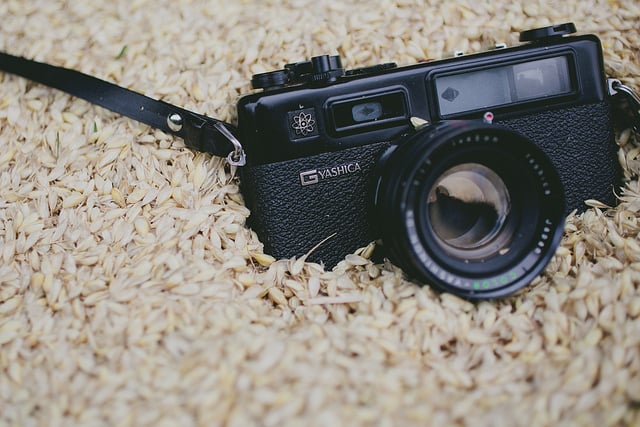 Getting into analog photography can be an exciting proposition; maybe you find the medium more delightful, or you just want to learn more about the times of yesteryear. Either way, we have assembled a list of some of our favorite rangefinder-style analog cameras, ranging from the friendly and affordable Canonet QL 17 GII to the pricey yet exuberant Contax G2. We know that we may not have everyone’s personal favorites, but the list below is filled with cameras we know you’ll enjoy.

If you are just getting started, you are going to want to focus on the shutter speed, film speed, and exposure modes you are going to want to use. Also take note of the included fixed lens or available interchangeable lenses for your system. Unlike digital photography cameras that feature constantly changing image sensors, your film can be switched out at any time – so simply find a body that matches your needs.

Also note that the prices listed are rough figures that suggest how much these cameras currently cost used.

The Canonet QL 17 GIII was the final iteration of Canon’s consumer friendly compact rangefinder series produced up until the 1970s. The QL 17 features a 40mm f/1.7 lens, along with a leaf shutter capable of speeds up to 1/500th of a second; flash sync is available at any speed setting. The QL 17 features a shutter-priority autoexposure mode and has parallax correction marks through the viewfinder. Metering is handled by a built-in cdS cell above the front lens. The maximum supported film speed was 800 ASA.

The Electro 35 GSN was a film camera designed in the early to mid-seventies; it featured an electronic blade shutter and was able to sync flash units up to the camera’s maximum shutter speed of 1/500th of a second. The camera featured a 45mm f/1.7 Yashinon lens. Opposite of the Canonet QL 17 GIII, the Yashica Electro 35 featured an aperture-priority auto-exposure mode. Metering on the unit was handled by an element on the front of the unit. The silver Electro 35 GSN was also available in black under the ‘GTN’ model designation. The maximum supported film speed was 1,000 ASA.

The Hexar AF was a film camera designed by Konica in 1999. While not technically a rangefinder camera, it’s ‘rangefinder style design’ and popularity in the film community gives it a welcomed spot on our list. When the company began selling the camera, they labeled it as a high-end point and shoot camera comparable to the Leica CM. The attached 35mm f/2 lens is wonderfully sharp with a high level of contrast. Being manufactured in the 1990s, the unit features an infrared autofocus system for quick focusing. The unit can be operated in automatic, aperture-priority, and manual modes. Despite the shutter only being able to handle speeds up to 1/250th of a second, the Hexar can support up to 6400 ASA speed film. Automatic parallax and angle correction, along with a ‘stealth mode’, make this camera an excellent choice for street shooting.

The Hi-Matic E was one of the many film cameras produced as a part of the company’s 35mm rangefinder lineup. Our favorite model, and the one featuring the best value, is the Hi-Matic E. Released in 1971, the Hi-Matic E was one of Minolta’s last ‘high-end’ variations of the series. The camera featured a 40mm f/1.7 Rokkor lens with a fast shutter speed of up to 1/1000th of a second. The Hi-Matic E features the same automatic exposure system as the Yashica Electro. A unique aspect of the Hi-Matic E was that the system had no actual diaphragm, the shutter blades would open to the correct aperture. The maximum supported film speed was ASA 500.

The G2 was a film camera released in the mid-1990s featuring interchangeable lenses and an electronic autofocus system that featured both continuous and single focus modes. The G2 itself featured a top shutter speed of 1/4000th of a second while in manual mode and 1/6000th of a second while in aperture priority. The G2 remains praised for its excellent build quality and high-quality available lenses from Carl Zeiss. Lenses ranged from 16mm to 90mm focal lengths, with the 45mm f/2 Planar being regarded as one of the sharpest 35mm lenses of all time.

The CLE was a film camera designed as part of a joint partnership between Minolta and Leica in 1972. The CLE was first released in 1981 with a focal plane shutter capable of a max shutter speed of 1/1000th of a second. The camera featured Minolta’s TTL flash technology and Leica’s M lens mount system. The included through-the-lens CdS exposure meter is coupled with an aperture priority mode for automatic shooting; a manual mode is also available. Considering that the CLE accepts Leica M mount lenses, Minolta teamed up with Rokkor to create three more affordable lenses: 28mm f/2.8 wide angle, 40mm f/2 standard, and 90mm f/4 telephoto. The maximum supported film speed was ASA 1600.

Can you think of any awesome film rangefinders that deserve to be mentioned here? Please let us know in the comments below.

Baby in China Blinded by Camera Flash? Probably Not