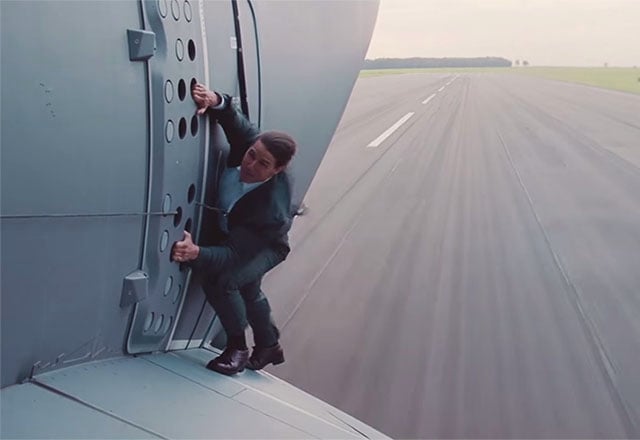 Here’s another (even crazier) example of people actually doing something on camera rather than using CGI: for a scene in the upcoming film Mission: Impossible – Rogue Nation, actor Tom Cruise was actually strapped to the outside of an a military transport plane while it took off.

The film crew designed a special camera rig and mounted it to the side of the Airbus A400m airplane with the camera pointed back at where Cruise would be. It was mounted securely to ensure that it wouldn’t break off and fly into the actor’s body. 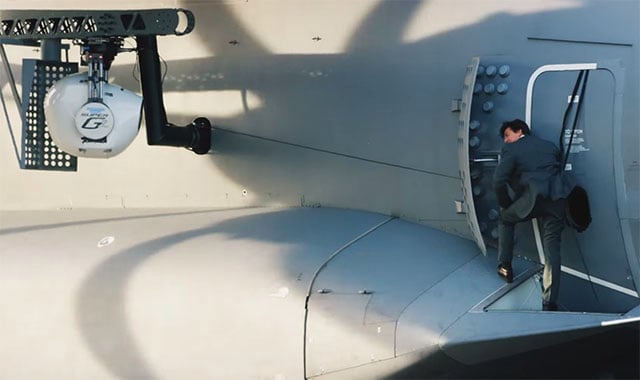 In an interview with Yahoo Movies UK, Cruise says that one of the biggest concerns was about flying particles and bird strikes — at takeoff speeds, even small objects could injure or kill Cruise. The actor also wore special contact lenses that protected his eyes from tiny particles and the intense “hard air.” 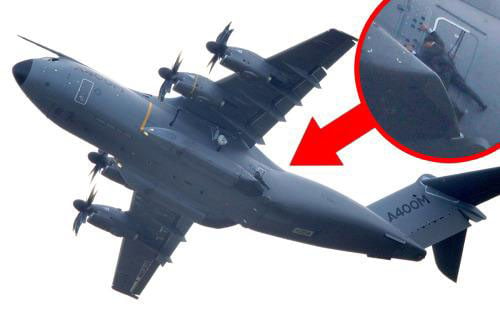 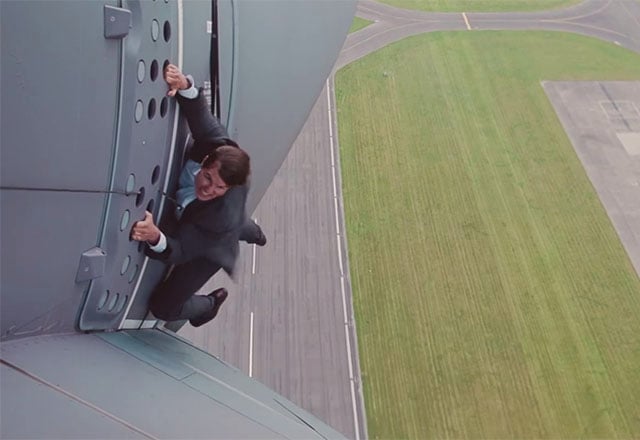 Needless to say, this is an idea you probably shouldn’t attempt for your own photo shoot (unless you have a team of experts, an Airbus A400m, and a budget of $100 million+ at your disposal).