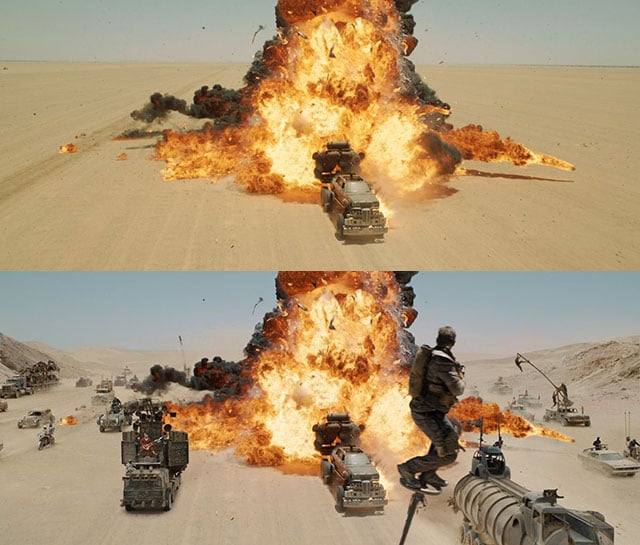 One of the big Hollywood blockbusters to hit the silver screen this year has been Mad Max: Fury Road, which has gotten rave reviews, with many praising the insane and complex visual design of the film. If you were wondering what some of the shots looked like when they were originally captured on camera, here are some before-and-after comparison images showing those shots next to the final frames after visual effects were applied.

fxguide has published a lengthy piece on the visual effects that went into the film by Australian VFX studio Iloura. Shooting the film was a six-month task that happened in the Namibian desert in Africa.

After capturing the scenes and stunts with multiple digital cameras and 150 vehicles, the shots were passed on to hundreds of visual effects artists who transformed the photography into the dazzling scenes found in the movie. 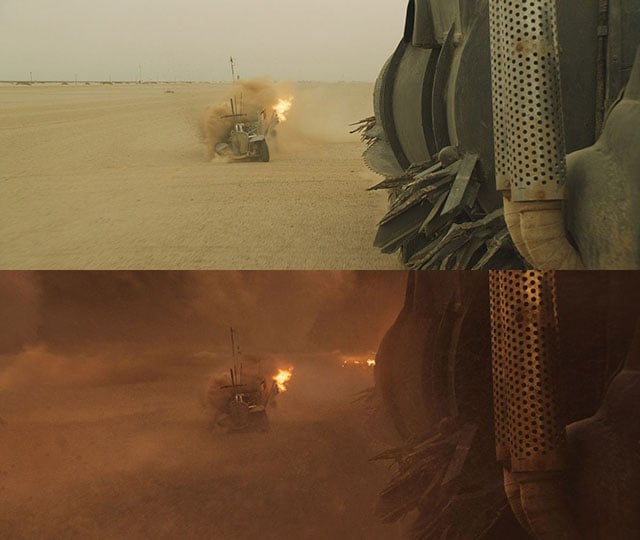 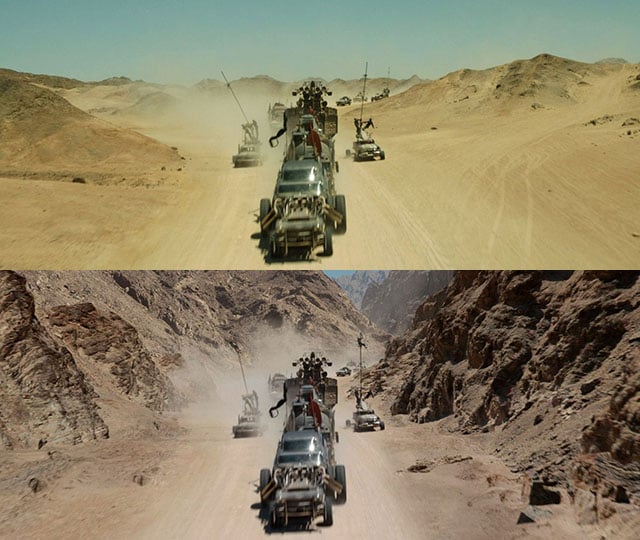 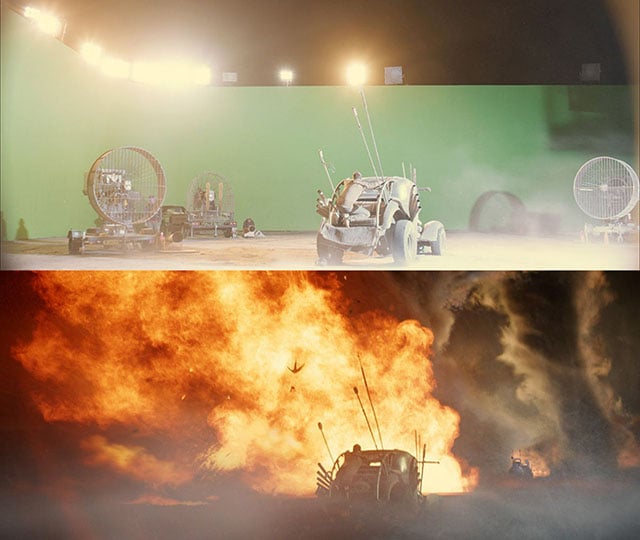 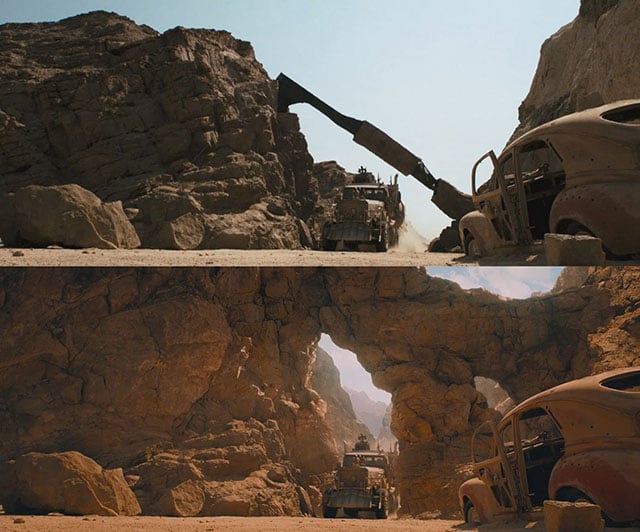 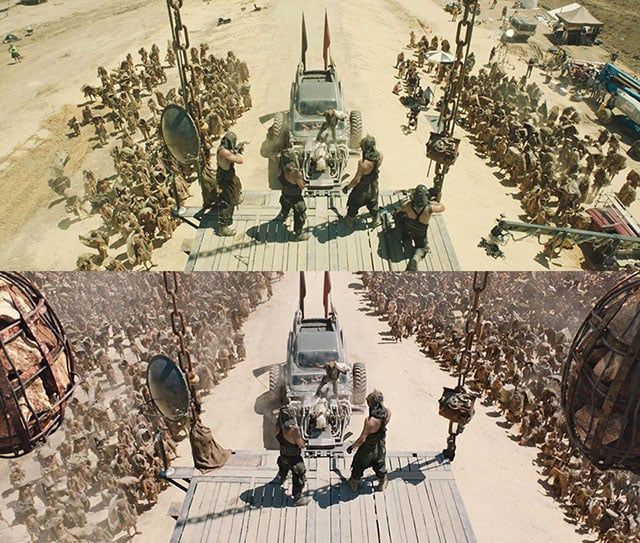 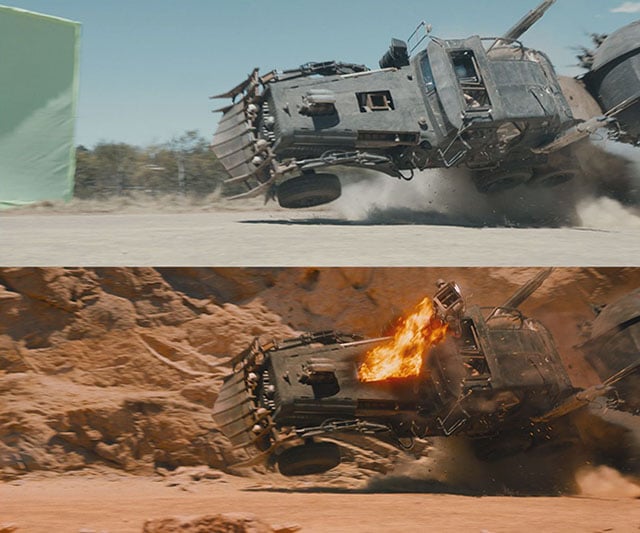 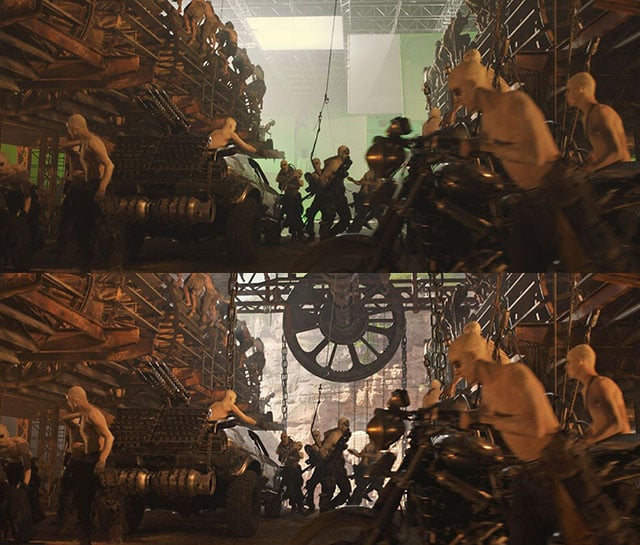 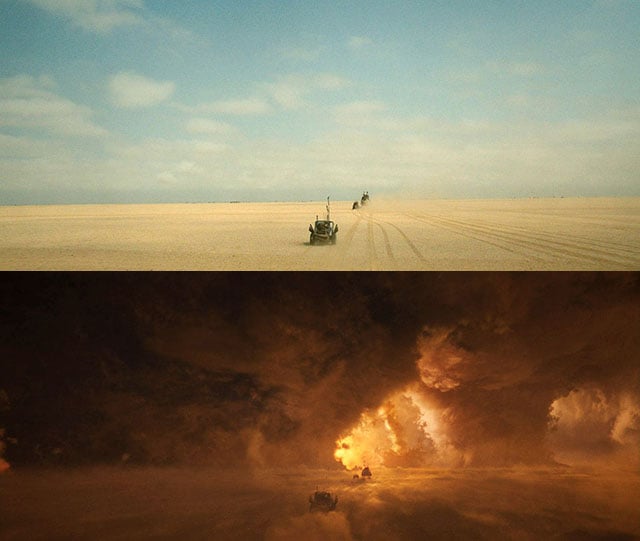 For a more in-depth look at the visual effects work that went into the scenes, check out the lengthy piece just published over at fxguide.