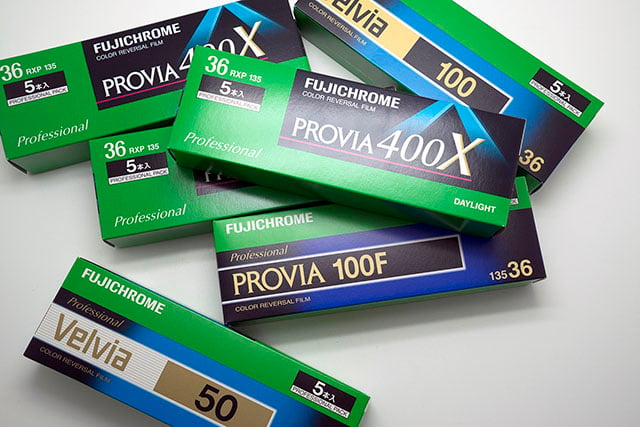 In response to struggling film sales, Fujifilm has repeatedly discontinued unprofitable lines and raised prices over the past several years. The company has now announced its latest round of price increases and film discontinuations for its Japanese market in an attempt to make sure that its popular and profitable films can live on.

Here’s a chart showing the films that will see 20% price increases starting in October 2015. 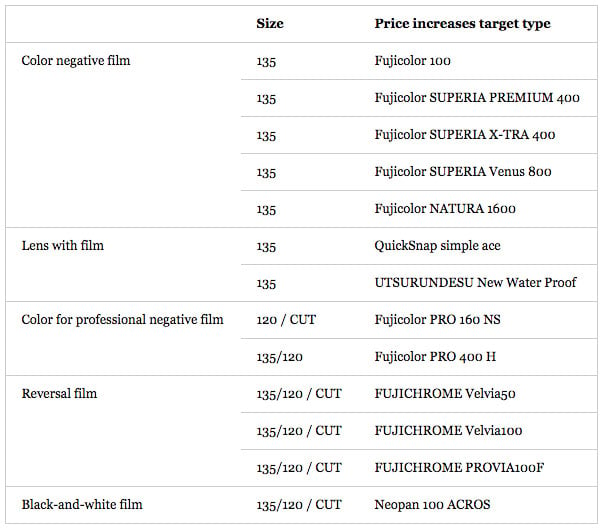 The chart above is likely also a list of the films in Fujifilm’s stable that are performing the best in the market right now.

On the other hand, here’s a list of films that are set to be killed off over the next couple of years: 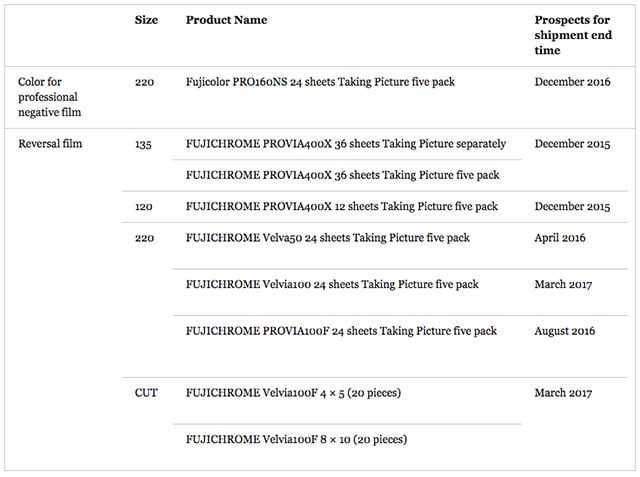 If you’re a fan of any of the films listed above, now is the time to stock up on them before they’re pricer or never available again.

(via Fujifilm via Photo Rumors)