Back in the 1970s, Olympus launched an advertising campaign for its Trip 35 35mm compact camera that featured renowned British photographer David Bailey. The 46-second commercial above is one of the ads that was aired: it depicted the popular racing driver James Hunt being confused for Bailey because of the Trip 35 he was shooting with. 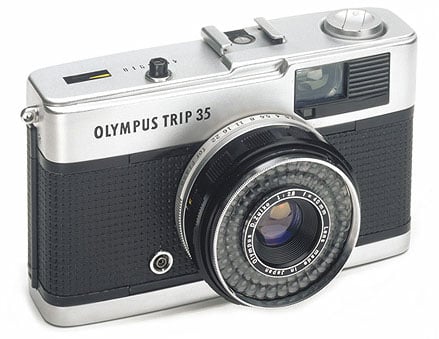 Another ad in the campaign featured Bailey showing up an “old school” wedding photographer with his automatic compact camera:

The campaign was a success: between the Trip 35’s introduction in 1967 and discontinuation in 1984, over 10 million of the cameras were sold.