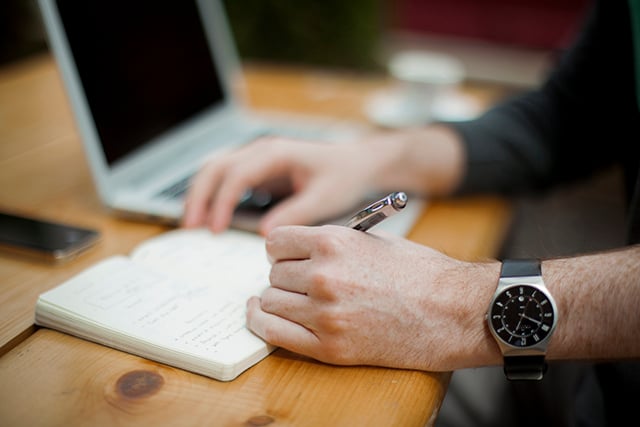 After my public response to Taylor Swift’s open letter to Apple, I didn’t quite expect the phenomenal reaction it received. I knew it was provocative. I knew it was going to be risky and could possibly harm my chances of getting access to other concerts in future, but it needed to be said — out loud. When I thought hard about the possible consequences, and restrictions on my access to future work, I asked myself “What point is there in going to work if I can’t be paid for it, yet everyone else gets to benefit from my labor?”. The answer?

There was nothing left to lose. When you’re faced with a choice of working for free to save a millionaire having to pay a reasonable fee, or not working at all, what would you do?


So, it escalated. Very quickly, and the media have picked up on it all around the world. Her UK agent put out a counter-statement to my letter, which many publications have written up as “Taylor Swift responds”:

My response to the statement follows:

Firstly, of course Taylor Swift, and any other artist, has the right to protect the use of their name and likeness. That is not in dispute, but protect them from what?

We’re concert photographers, not paparazzi. I have no interest in publishing an unflattering photo of an artist. For one thing, it would do far more harm to my career than it would theirs.

Artists like Taylor Swift grant press photographers access to photograph their shows in exchange for the expectation of helping to provide as much positive coverage in the media as possible — coverage that they are expecting their paid publicists to achieve. That is a mutually beneficial “something for something” exchange. She gets coverage, photographers get to earn a living.

As a creative artist, I champion the rights of all other artists to receive an equitable “something for something” exchange, just as Taylor was claiming in her open letter to Apple. In our society, the most beneficial something to receive is hard currency, which is a concept nearly everyone can relate to; you trade your time, skill and energy in return for monetary gain, because earning money is a malleable benefit that can be shaped to the person who receives it. 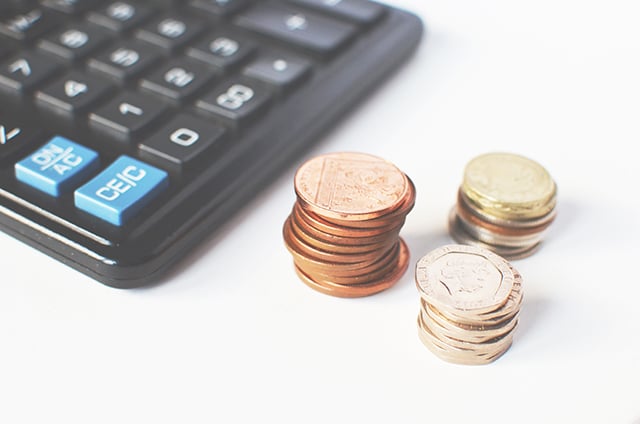 However, in the creative arts, there is an increasing tendency to seek “nothing for something” exchanges in which you are expected to apply your skill, time, efforts, etc. for the benefit of a third party and, in return, receive an intangible — and sometimes non-existent — benefit.

Taylor Swift’s contract from 2011 included clauses that were not equitable. They leaned toward a “nothing for something” exchange, where the photographer could only license images a single time in one named publication, never use them again, and she would be allowed to use them for non-commercial (i.e. publicity) use for all eternity, without having to compensate the photographer, thus unfairly favoring the interests of Taylor Swift to the detriment of the photographer.

The current contract being presented to photographers on her 2015 “1989” tour goes even further, preventing publications from using the image past 2015, and also threatening the destruction of photographers equipment (including but not limited to cell phones, memory cards, etc) if they breach the agreement.

This is the issue I took with Taylor Swift’s reply to Apple with regards their original intention to distribute artists’ work without payment for a three month period so as to help launch their streaming service, Apple Music.

Ms. Swift quite rightly took umbrage with such a request, because the sole beneficiary of that arrangement would be Apple. As a new service, they obviously want to entice people away from existing streaming platforms, and how better to do this than allowing potential customers to road-test Apple Music for a ninety day period?

However, such expectations would be cannibalistic to musicians: they stood to lose out on per-stream revenues they are entitled to enjoy. Ms. Swift, with her considerable leverage, has seemingly made Apple reverse that decision. Although they have agreed in principle to pay artists for streams during that ninety day period, they have yet to say how much, or when.

I spoke up against Ms. Swift’s photo release form for the same reason; She was intending to use our product, the photographs, to benefit her, while removing all possible compensation that we would be entitled to, even potentially going so far as delivering our products to our very own customers, who would not need to compensate us either.

Her UK based agent has said that:

The standard photography agreement has been misrepresented in that it clearly states that any photographer shooting ‘The 1989 World tour’ has the opportunity for further use of said photographs with management’s approval.

In the version of her contract for her 2011 tour, that’s true, to an extent, but such a clause no longer exists in the 2015 contract.

There is no contact information on either contract to enable the photographer to seek management approval, and whenever photographers have managed to connect with management of other artists previously, their requests are frequently ignored or denied (although in the balance of fairness, they occasionally do result in approval). But why should a photographer have to seek approval for something that is an automatic legal right: to receive benefit from their own work?

The agents other statement was:

Again, partly true, but disingenuous. I didn’t claim anywhere in my open letter that copyright is surrendered to Swift — this may have been misreported elsewhere. Still, both the 2011 and 2015 contracts demand an assignment of rights to Swift and Co. that are the near equivalent to handing over ones full copyrights, and the photographer is left with zero rights to use their work, not even as part of their own portfolio.

Both of the agent’s statements divert attention away from the core issue; Taylor Swift is seeking to unfairly benefit from the work of photographers, while claiming to be championing the rights of creatives against Apple. This is clear double-standard that I called out as hypocrisy.

It may have been the case that Taylor Swift was blissfully unaware of the contracts. I doubt that is now the case, and I would like to see her personal statement — rather than that of her UK agent — on whether she is willing to follow in Apple’s footsteps and amend the inequities of her current agreement.

Lastly, if Swift does feel the need to protect her name and likeness from potential abuse, all her photo access contract need stipulate is “Editorial Use Only”.

P.S. People think concert photography is easy, unskilled, and living off the fame or talent of the performer. A few years ago, a newspaper called me and asked if I’d taken shots of Leonard Cohen the night before. They needed a picture for their review. I said yes. They said they couldn’t pay but could offer me a credit (that old chestnut). So I said no, they could have a picture if they licensed it, but not for free. So they ran this photo that the reviewer took instead:

Compare that to what they could have had for a modest license fee: 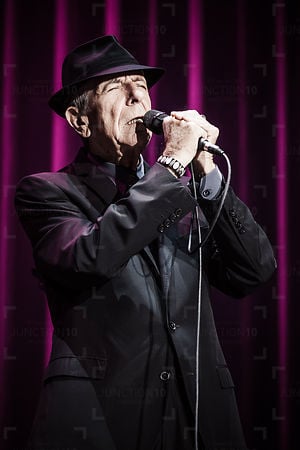 Is payment for my work not justified?

And signing contracts such as the one for Taylor Swift would have meant that the newspaper could have been given my photo by the artist, and they still wouldn’t have had to pay me. Everyone’s a winner except the photographer.

About the author: Jason Sheldon is a professional music photographer based in Birmingham, United Kindom. He shoots music, portraits, and products. You can find his work on his website and his writing on his blog. You can also follow him on Twitter and Facebook. This article was also published here.