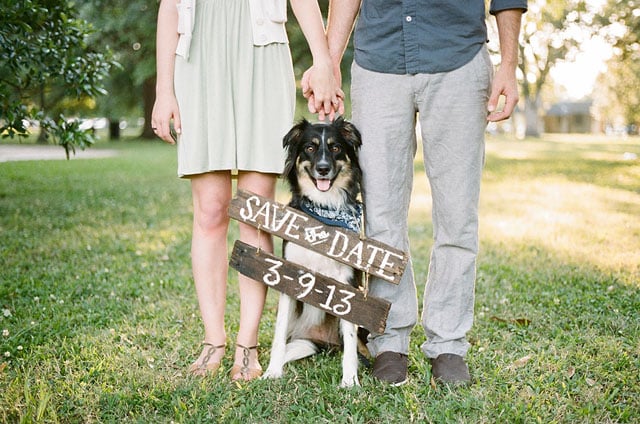 I love film. I purely, madly, and deeply love film. I learned on film, I shot my first wedding with film, traveled around Europe with a film camera, and have taken Polaroids on road trips, adventures and portrait sessions. I have boxes of beautiful little Polaroids that I treasure more than anything I’ve ever taken with a digital camera. Film is a wonderful, brilliant medium for taking photographs with real soul.

The thing is, I was gifted a Martha Stewart Wedding book from the 80s this Christmas. The images in this book came from way before the digital revolution. All of the images in this book were done on film. Some of the daylight images were beautiful, but when you get to reception pictures, oh my gosh.

If I handed some of those pictures to my brides today, they would cry and hate me forever. Literally. One indoor pictures was COMPLETELY RED! We are talking about a photograph published in MARTHA STEWART WEDDINGS, the BIBLE of all wedding stuff. Back then, this was normal. Nowadays, it’s not, thank goodness.

When I first started my photography business, I made a decision to shoot film alongside digital photography. Why? In my opinion, it’s the photographer, not medium or the camera, that makes beautiful images. My job as a wedding photographer is to produce the best collection of images possible for my couples. If I was purely a film shooter, my collections would lack a lot of coverage. Why on earth, in this day and age, would I want to do that? So, without further ado, here are some reasons why I shoot hybrid.

1. Low light and film photography is a combination that sucks

For the most part, all the film photography on Pinterest and photographers websites are from beautifully lit, golden hour portrait sessions. Very rarely do you see an amazing night time shot done on film. The thing about a wedding is that you have no idea what the lighting will be like most of the time. A lot of the time, you’re shooting in a dark church or candle lit reception space with funky DJ lights. What if your beautiful golden hour ceremony suddenly turns into a black as night thunderstorm? We are lucky enough to live in an age where you can shoot in near darkness and still get beautiful photographs. Why would I limit myself and punish my clients for the sake of “art”?

2. Shooting fun party shots on film is a bad idea

Receptions are one of the most fun things to photograph. I usually average around 200 or so crazy fun party pictures from each wedding. The thing is, I took probably around 600. Parties are hard to photograph, people are dancing, drunk, and get into your shots a LOT. That means a lot of throwaways. They are having so much fun they don’t really notice the photographers, which means it’s awesome to just click away and not worry. If I shot receptions on film, I’d probably get 30 useable photographs that were honestly, just ok, and probably only in black and white. Why would I make a conscious decision to limit the amount of photographs that I want my couples to receive?

Film is best, in my opinion, for getting ready shots, posed couples, and details. It’s BEAUTIFUL for these things. As a girl who gets giddy about light, I help my couples plan around golden hour portraits. But what happens if your ceremony runs late, family pictures take longer than you want because people wander off, and by the time we get to couples portraits it’s basically dark outside? Well the pictures from the pure film shooter would be grainy, meh and probably kinda blurry. Or, they would just shoot in black and white so forget about having pretty photos of your bouquet that perfectly matches your nails and lipstick. A hybrid shooter, on the other hand, would whip out their full frame camera, pump the ISO up to 3200 and get some beautiful photographs that soak in the last of the twilight. THEN they would take some cool black and white portraits on 3200 ISO film.

4. Film can screw up, really badly

I know what you guys are going to say, digital cameras can fail. Of course they can, anything can fail. The thing is, I shoot with two memory cards in my camera (one for backup) and pretty much know instantly if something is wrong with the camera and the shots aren’t coming out. With film, it could be a month before you realize that something was wrong with the shutter and ALL of your couples photos are gone… forever. I did a portrait session with someone that hired a film only photographer for their wedding. Something went wrong with the camera and the photographer lost all of the family formals. Yeah, heartbreaking. The thing is, if something happens to the film photographs, a hybrid shooter will always have something to give their couples to remember their wedding day.

There is a reason that most film photographers call themselves “Natural light film photographers”. It’s because for the most part, film does not do well in low light! Seriously! There are exceptions, and cool film stocks, but for the most part, film works best in pretty daylight… even cloudy daylight… but seriously, it works best in daylight. As any bride will tell you, you can’t plan the weather. Also, have you noticed that most reception shots from film photographers are all in black and white? And blurry? Need I say more?

All in all, please don’t think I’m insulting film or the medium. I love film more than words can say. I just think that as a wedding photographer, my first priority above all else is to my couples. Limiting how I shoot would be selfish, and I could never be ok with giving an inferior product because I was so true to film. The thing is, I’m true to providing beautiful images for the people that matter most, my couples, their families, and their families to come.

About the author: Maile Lani is a wedding photographer based in New Orleans, Louisiana, who’s available for weddings worldwide. You can find more of her work on her website here.

Image credits: All photographs by Maile Lani and used with permission