Olympus has launched a bizarre and humorous new ad campaign to promote its mirrorless cameras at the expense of “heavy DSLRs.” The ads feature a made up medical condition called DSL-ARM: “the affliction of having your arm stretched by using a heavy DSLR.” Check out the 30-second ad above.

“For the longest time, I thought I was alone,” says the man afflicted with DSL-ARM. “But look around, man. This affliction is everywhere. People need to know, there’s no reason to live with this shame.” 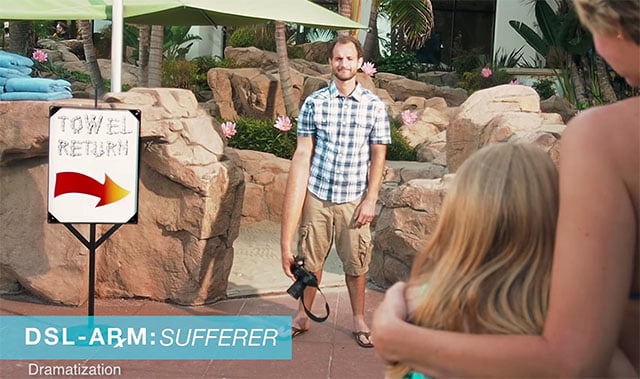 “The Olympus OM-D E-M5 Mark II is the cure to DSL-ARM because it’s almost half the the size of a DSLR, but with all the power,” Olympus writes. Here’s a longer 3m40s mockumentary about the condition:

Olympus has also set up a new microsite for the ad campaign.

(via Olympus via The Phoblographer)

RealTimes is a New Cloud Storage Solution for Photo and Video