“In Motion” is a short film by photographer Aaron Grimes showing the city of Tokyo, Japan. It features a novel, surreal effect that was created by stacking video frames inside Adobe Photoshop and then recombining those stacked frames into a video again.

Grimes first shot short clips in Tokyo’s Shibuya district with his Canon 5D Mark III. He then imported the video files as individual layers into Photoshop CC, and then stacked them together using the “mean” option.

“The effect was exactly what I wanted: all the motion blurred together,” he writes on the Adobe blog. “The more frames I stacked, the more it blurred. From there, I realized that if I staggered the effect by overlapping frames (for example: 1-24, 2-25, 3-26, etc.), then stacked those, and played it back, I would get the motion that I’ve always wanted.”

The result is an effect that can be described as blurred long-exposure real-time footage. 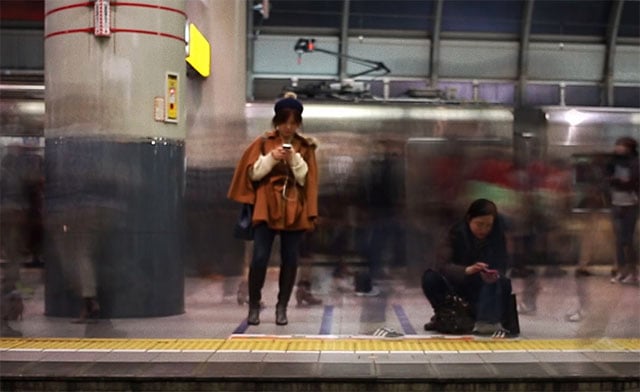 Grimes says that the project originally took forever to do, as he was creating each frame individually, stacking 24 images at a time. “Looking back it’s almost embarrassing how much time I spent,” he says. “It was excruciatingly slow and I couldn’t even see the final result until hours of work went by. It was a little like editing in the dark.”

He has since partnered with a couple of developers to create a script that does all the stacking with a “push of a button” to create this effect without too much time or effort.

(via Photoshop Blog via DigitalRev)

Photographer Captures Bond Between Her Boys and Their Cats