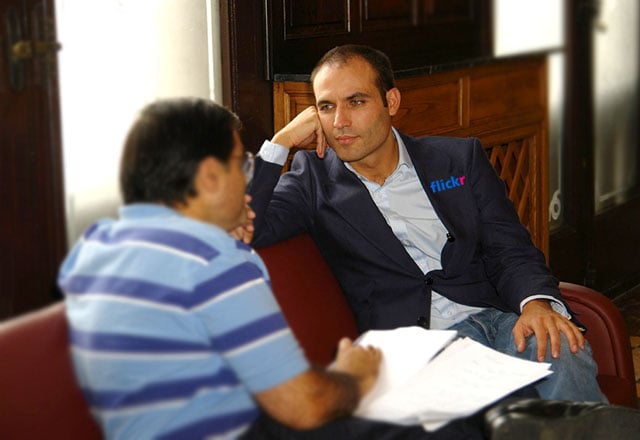 Flickr is basking in a fresh wave of press after launching a revamp of its website and mobile apps, but the leader that oversaw Flickr 4.0 won’t be around to see whether it pans out. Bernardo Hernandez, chief of the photo sharing service since 2013, has left his position at Yahoo.

The news was first reported by Re/code, which writes that Hernandez left his post “for personal reasons and does not have another job lined up.” Hernandez also posted a simple farewell on Twitter: 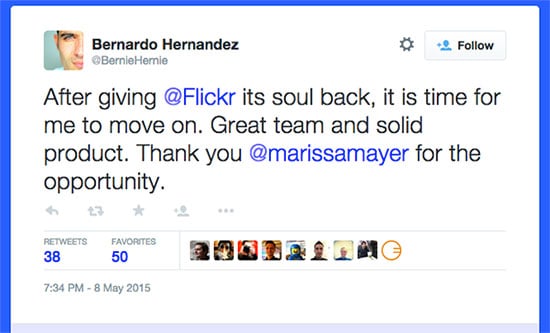 Re/code also says that Hernandez had worked closely with Yahoo CEO Marissa Mayer when they were both working for Google, and that Mayer had brought Hernandez over to Yahoo to help breathe new life into the service after it took a beating from services such as Instagram.

Flickr launched a number of new design improvements and features during Hernandez’s tenure, but there were bumps in the road as well. In November 2014, Flickr launched a new monetization idea called Wall Art, a service that allowed Creative Commons photos to be purchased as prints and canvases.

Many photographers weren’t happy about Flickr profiting from their images, even though they hadn’t been marked as “non-commercial.” Flickr then backtracked, pulling CC images from the feature and issuing refunds, and Hernandez himself wrote a mea culpa on Flickr’s blog.

Whoever Mayer picks as the next Flickr chief will need to navigate the service through an increasingly crowded photo sharing industry, but they’ll have the nice advantage of starting out with 112 million members and a fresh new version 4.0.

I Made a DIY Handle for My Battery-Powered Strobe

Expectation vs Reality When Buying a New Camera