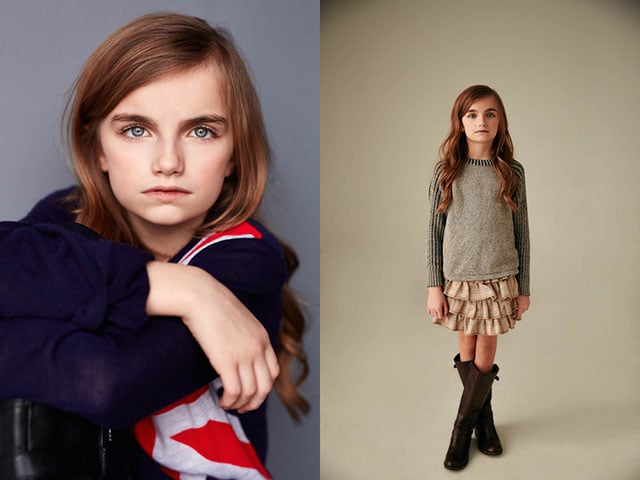 My friend Matthew Simmons and I did recently did a photo shoot with an amazing little girl named Desi Robinson. After sending Renee, Desi’s mother, the finished images and talking to her a few days after, something really hit me.

Renee thanked me for asking Desi to do a shoot with Matthew and I, because she had “come so far” since having that experience. After hearing this, I wanted to explore this idea a little more.

I had always believed that it was important to have your portrait made at least once, but I didn’t have any solid, real life examples as to why until now. Renee agreed to speak with me a little about Desi’s background and how she’s changed and now I want to share Desi’s story with you all. 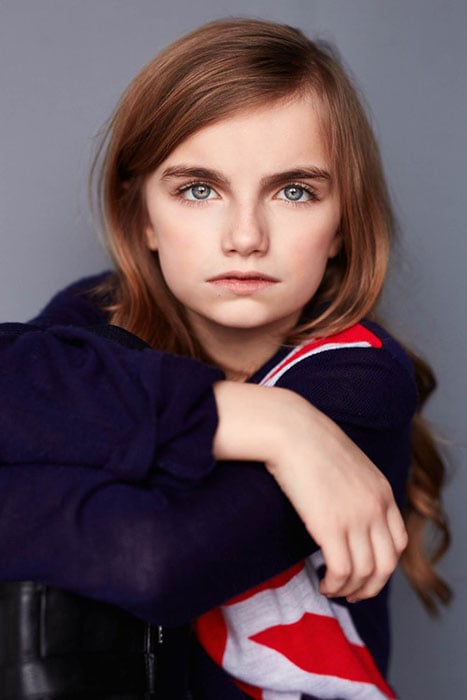 I found out that prior to meeting Desi she had many insecurities that started at a very young age. “When Desi was in first grade, the school she went to was very big on learning about healthy eating and dieting. She really took everything they said to heart. At seven years old, my daughter, who was in the fourth percentile for weight, was counting calories,” Renee told me.

When Desi was in 3rd grade, her teacher called Renee to let her know that, while helping Desi with grammar in her personal journal, she had noticed that Desi wrote several times about how fat, ugly, and stupid she felt she was. Renee went on to tell how Desi is in the top of her class and that, “It was quite a shock to hear as she shows none of these things at home. Her opinion of herself was so very low and at such a young age.”

Not only was Desi struggling with intense insecurities, but she was also dealing with frequent bullying at school. “Her teacher met with me and told me that Desi was getting hurt on the playground. One incident that [her teacher] observed was another child punching her in the stomach. Desi fell to the ground but got right back up and walked away without saying anything to the bully or the teacher. Apparently, this happened a lot.” The day that I discovered Desi, I was second shooting a wedding with Matthew that she was the flower girl for. I couldn’t get over my urge to want to do a photo shoot with her, so I asked Renee if she would be willing to allow me to photographer her daughter at a separate time. When she said yes, I was thrilled!

Renee told me that the excitement of modeling for a photo shoot didn’t set in for Desi until the day of the shoot. “I think that fact that someone noticed and focused on her enough to pull her aside made her nervous. Her big brother, Zachary has always had the bigger, louder personality and she always seemed content to let him take lead. [Prior to the shoot] we explained that someone wanted to shoot her to help expand their portfolio and she said she would help. [She] was always very reserved. Once we started shopping with her for clothes, she seemed to get a little more into it.”

Renee went on to describe Desi’s behavior on the day of the session: “I don’t know if it was the hot chocolate from Starbucks or the start of the shoot. Once the ball started rolling, her nerves kicked up a bit. She was very shy with everyone in the room, which is totally normal for her to do. Once everyone left and it was just us getting her dressed, she started acting goofy and silly.”

“We would ask if she was excited and she would just make a goofy face at us instead of answering. I have a picture of it… so silly! She was being so crazy but once everyone came back in the room, she sobered up again and got quiet. These were all very normal responses from her when she’s excited. She only lets loose around people she’s comfortable with.”

Desi was amazing during her photo shoot. She took direction really well and she had an instant connection with the camera. I was anticipating having to work really hard to get her to pose and emote the way I wanted her to, but it was almost effortless. Matthew started with her first, and I photographed her after him. As we went further through the day and we each showed her the photos we were creating together, she seemed to smile more and loosen up quite a bit. She was such a joy to work with! 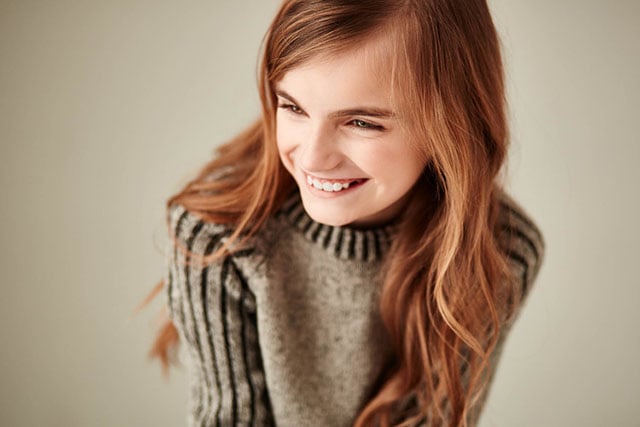 Renee described to me how following Desi’s shoot, there was a very apparent shift in her personality. “All the things she did with us in private, she now does all the time! This is a very energetic, spontaneous, funny child. She is always cracking jokes, constantly going out of her way to make others laugh. Her real personality, that only we were privy to, is now out for the world to see! It’s like she finally likes who she is and is letting the world know it. It’s amazing. Her confidence has skyrocketed.”

Prior to Desi’s session Renee had told me that Desi was considering cutting her hair super short. Renee said that this was a result of wanting to have it cut off to look like a friend of theirs. “Desi always seemed to latch onto someone else’s look or personality. She rarely initiated something on her own. Not that she wasn’t capable, but I think she was insecure about being unique.”

However, following the photo shoot, Renee stated, “At school, she has finally stopped wearing her brother’s clothes and started wearing some of the outfits picked for her shoot. She seems so much bigger and bolder to us. It’s so amazing to see how comfortable she is in her own skin… finally!”

When I asked Renee what she thought it was about the photo shoot process that helped lift Desi up, she said, “I truly believe that the biggest help was that the attention pointed solely on her — someone noticing her. Her older brother has had many medical issues that has caught a great deal of attention from teachers, doctors, family and friends. This was just for her. I think the more pictures she got to see from your computer during the shoot, the more her view of herself widened. I don’t think she ever saw herself the way you showed her.” 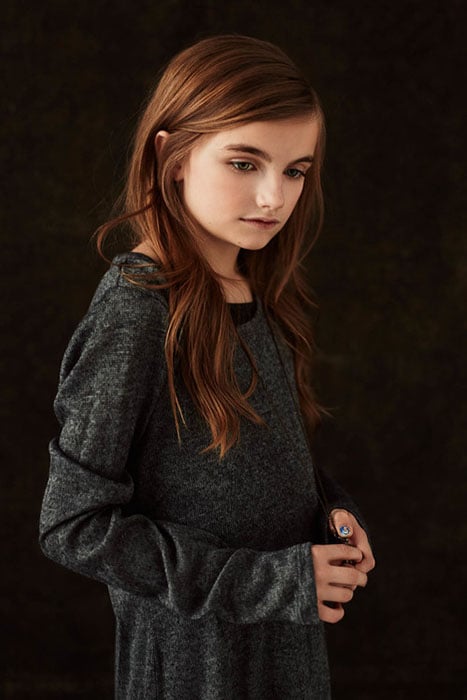 It made my heart swell to hear this. I have barely known Desi for very long, but I knew right away that she was such a special kid. It broke my heart to learn that anyone would want to bully her, let alone at the frequency in which it happened, and how low it all made her feel about herself.

I asked Renee if she had noticed a behavior in the way her peers were treating Desi, and she told me some great news! “I haven’t heard anything since then about problems at school with bullies and from what we have seen, kids are actually flocking towards her more than anything.”

She continued to describe Desi’s behavior saying, “She has always loved learning. School is her favorite thing to do but now she seems equally excited to see her friends. She seems to be doing all the normal things that I always thought girls her age did. She’s texting her friends and calling them on the phone. She seems to have grown so much since this photo shoot. She’s come so far out of her shell. She seems so much stronger and confident. Anytime we pick her up from school or we go to a grocery store, kids know who she is and they are always saying ‘Hi Desi!’ and waving enthusiastically. It’s so incredible to see her interact rather than hide.” 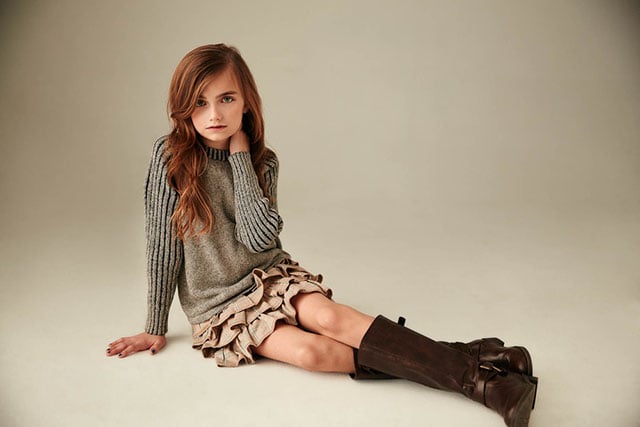 I personally believe that having your portraits made with an experienced photographer is such an incredible experience (and I’m not just saying that because I’m a photographer). Especially for women, it’s a wonderful way for us to be able see ourselves and our beauty the way other people see us. Sometimes it’s hard to look in the mirror day after day and uphold that confidence. But having someone who sees you as nothing but beautiful and is able to photograph you in a way that is able to show you that beauty, is an amazing thing to experience.

This is why organizations like Help-Portrait are so wonderful and vital to the community. Help-Portrait is a non-profit organization that allows photographers, hair-stylists, and makeup artists to give back to their community, by contributing towards portraits to those in need. These portraits allow individuals and families who have never had their portrait made, or who simply can’t afford it, to be able to experience the empowerment and self-confidence that comes with having a professional portrait made.

As one of my favorite portrait photographers, Sue Bryce, says, “Exist in photos”. For your loved ones, and for yourself. 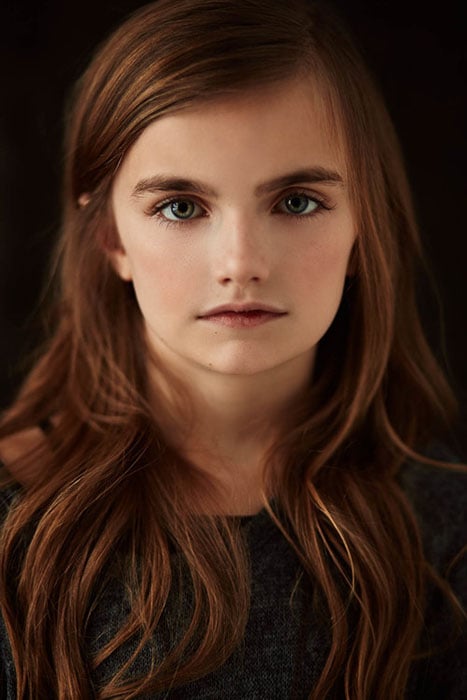 You can see more photos of Desi by myself and by Matthew on my blog and his blog, respectively.

About the author: Emily McGonigle Photography is a Nashville portrait photographer who can be contacted for booking inquiries here. You can find more of her work and writing on her website and blog. This article originally appeared here.