Even if you haven’t heard of Roger Hagadone, chances are you’ve seen his work before.

Hagadone is a talented commercial photographer whose impressive portfolio includes advertisements for the Blue Man Group and the cover of the popular young adult novel series, Twilight by Stephanie Meyer. 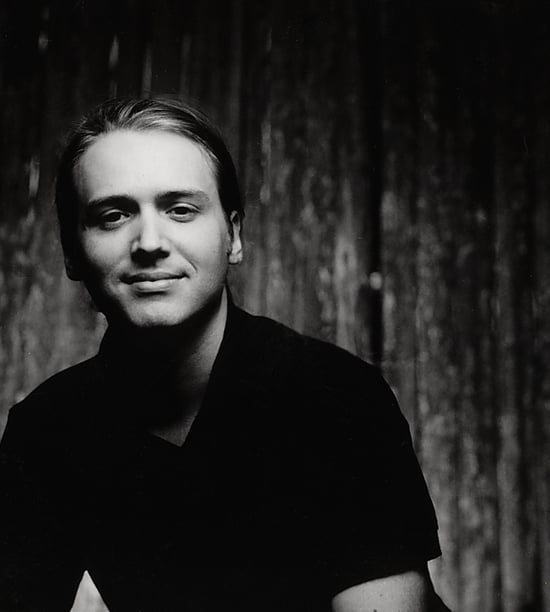 PetaPixel: Can you tell us a little about your background, what you do, and where you’re based?

Roger Hagadone: I’m an advertising photographer, and I shoot editorial book covers and dabble in fine art. I’m based in New York City. I live here and have an office in LA where I work quite a bit as well. I moved to the City after college, and met several top photographers here, one including Annie Leibovitz, who became a big influence on how I shoot people.

PP: Where did you go to college at? 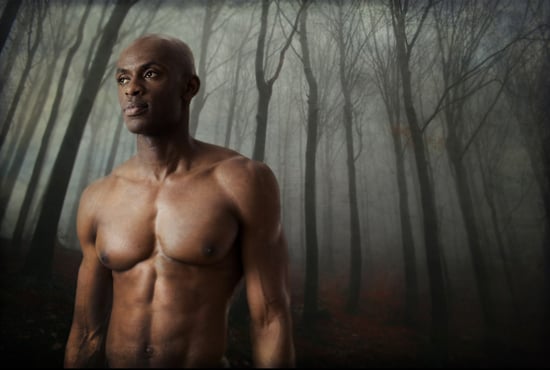 PP: When did you get started with photography?

RH: Professional commercial photography — probably 10 years ago now. I started with magazine editorial and eventually that turned into advertising.

PP: We notice from your portfolio that you’ve worked with a number of really interesting subjects. Do you have one particular portrait shoot that you find especially memorable?

RH: That would definitely have to be the shoot with Mike Rowe from Dirty Jobs. It was a lot of fun to work with Mike. He’s a really awesome guy. For that shoot especially, he was really a trooper. It was about eight hours of photography.

We covered him with special ‘dirty’ effects. We layered the dirt, starting out very light and added more as the day went on. At the end, he was completely covered.  A lot of people would be very cranky after that, but he was cool. He was having a laugh. 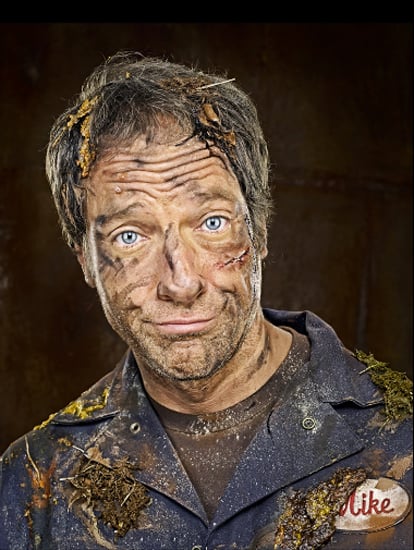 PP: How many people worked at the shoot?

RH: Around a dozen people including crew and client. There were three people just covering him with these different substances but in the end most of the crew pitched in. We covered him with grease and eggs, bubble gum, feathers, and all kinds of stuff.

PP: That alone sounds like a pretty dirty job.

RH: Yeah, actually he said that this may have been his dirtiest job ever. His only regret was that he didn’t have his crew there to film it. 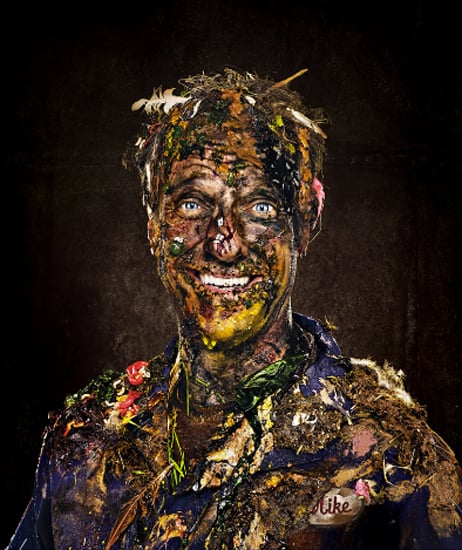 PP: How would you describe your photography and style to someone who has never seen it?

RH: I would say it’s cheerful and sometimes surprising. Never boring — that’s the main thing, I can’t stand boring photography. I like to keep it positive and fun. There’s usually a narrative to the images, something of a story, or maybe a comment or a joke. 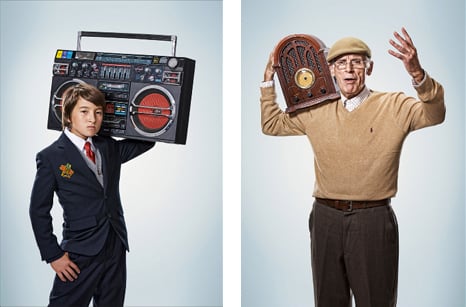 PP: Is there an example of an image that represents the general body of your work?

RH: That’s tough. One image that I like that comes to mind is the time bomb image. There’s a bomb squad guy defusing the bomb, and there’s his pal behind him, about to pop a bag to scare him. I just like that anticipation of the joke.

The visual effect in my images, the retouching and the lighting, are kind of two halves of the images that are both equally important to me. It’s not just the photograph and the concept, but it’s also the retouching aspect of it as well. 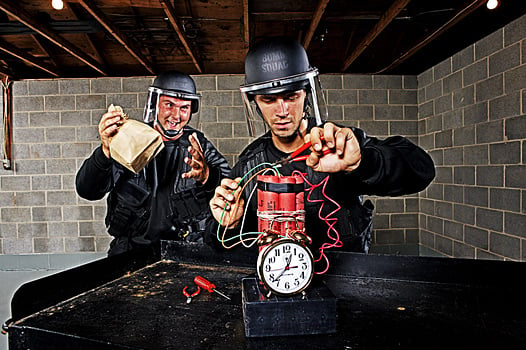 PP: What’s the single item in your metaphorical camera bag, aside from your actual camera, that you can’t go without?

RH: It’s Photoshop, well Photoshop and a dozen strobes! I prefer to get as close to the final image in-camera as possible but it’s in post processing where my images come alive. I have several techniques that I use and they are constantly evolving.

PP: What do you shoot with, currently?

RH: I have different cameras. I shoot with a Hasselblad with a Phase One back, mostly for advertising shoots. Other than that, I use a 1Ds Mark III.

PP: What was your first camera that you ever got?

RH: I think that I was seven (years old) and I had a Kodak 35mm camera, which I still have.

PP: Is that when you started getting in photography?

RH: Yeah, I still have images from that, too.

The actual camera is in one of my photographs in my Bigfoot story. In one of the images, Bigfoot has a camera, and he’s taking a picture from behind bushes. That’s my first camera. 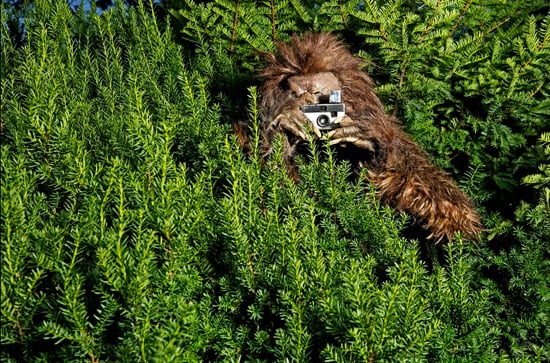 PP: So we discovered your work because you did the covers for Twilight, and that imagery is evoked in a lot of fashion, a lot of types of advertising nowadays, that uses a very similar color scheme: black, white, red. How did you conceptualize and visualize this?

RH: It’s really a collaborative process. It begins with the publisher and they have some concepts in mind. And then I interpret these concepts into photographs. Sometimes, they have a pretty good idea of what they’d like to see in the image. It could be a background, an object, and then it’s just the interpretation of that into a final image. When I shoot a cover for a book, I usually take the basic idea and shoot several different variations of that one concept.

Things change very quickly in the publishing world. Once I receive the assignment to photograph a cover, by the time it’s complete, things may have changed, and the images that I shot might end up on the cutting floor.

Or, I may be asked to re-shoot it with a slightly different idea. It’s a collaboration, and it’s important to be flexible.

When it came to the Twilight series, the first image of Twilight, the hand with the apple, set the tone for the rest of the images in the series: simple graphic composition. The use of red, white, and a warm black background. That pretty much set everything else. 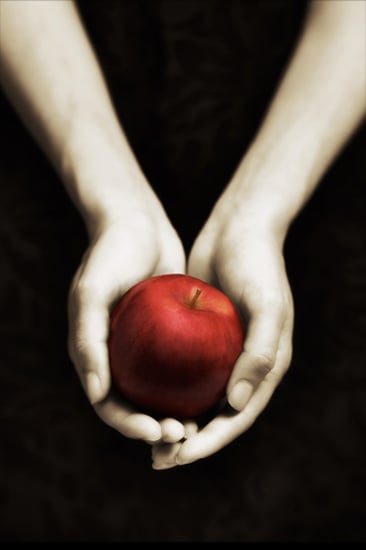 PP: When you see this style used in other images, it’s as if it’s become a part of cultural memory and become almost iconic. How do you feel about that?

RH: It’s kind of huge that it’s crossed over into what I guess you would call pop-culture.

The first time I saw an advertisement similar to the look, I was taken back, but I wasn’t really sure if I was seeing it correctly, if they were really using inspiration from the cover in their advertisement.

But now, as you say it, I do see it quite often and it’s fun to see. Artists borrow from each other all the time, and I’ve been on both sides.

Other images that I’ve shot I’ve seen similar advertisements pop up six months later, but it’s give and take.

PP: Do you enjoy the attention you’ve received from your work on Twilight, or would you rather be known for your other work?

RH: I get a lot of inquiries about Twilight.

I don’t mind it at all, really. It’s kind of nice. The Twilight fans are really great. I get a lot of emails from them.

The weirdest thing that I’ve seen is the original Twilight cover — the hands and the apple — I saw someone with a tattoo of it. That was really bizarre, to see the photograph I shot tattooed on somebody’s arm.

That was shocking. It’s too bad I didn’t get a picture of that. 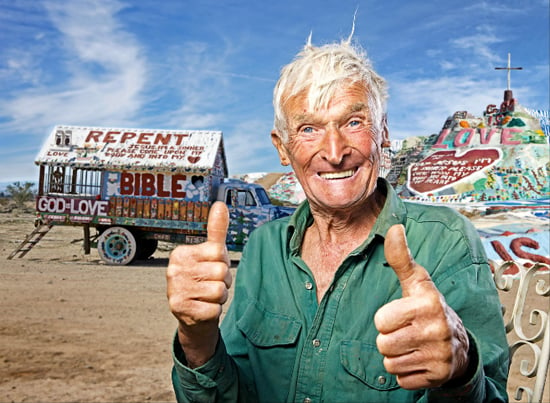 PP: Let’s go back to you. What advice would you shoot to fellow photographers about interacting with their portrait subjects. From what your portfolio looks like, it seems like you’ve got a really good relationship with the people you shoot, or at least you know how to bring out their personality and emotion.

RH: The main thing is trust. They have to trust you. What I usually do is talk to the model before the shoot, before we start shooting to get that rapport going.

During the shoot, I keep it fun and fast-paced. Things are always moving, and I give them a lot of direction, so the model never gets bored or too distracted.

Also, I’m pretty silly when I photograph, so I think that element of fun brings out what I’d like. I also ask that from my crew, just to keep a really fun atmosphere. 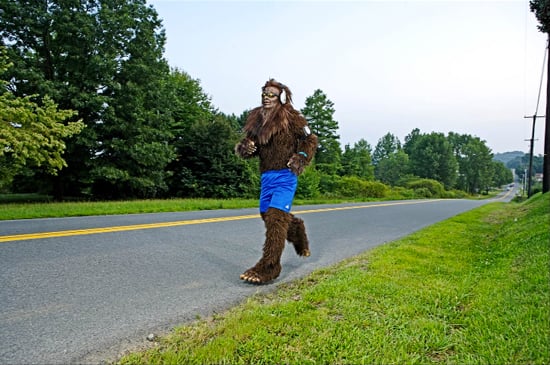 PP: How long does it take you on average to do a photo shoot, for instance, the Bigfoot project?

RH: That one I shot in two days, and did all the post work within three days. So probably about a full week. They’re all different, though, depending on what’s involved.

A book cover may take one day to shoot and depending on retouching, it could take several days to finish up with revisions.

PP: And it gets bounced back and forth from you to the publishers too, right?

RH: Exactly. Like with the Twilight image, we got to the point where it was pretty much finished. And then there was a comment that the apple needed to be a little larger. So it was back to the drawing board, and we had tweak the apple just slightly. 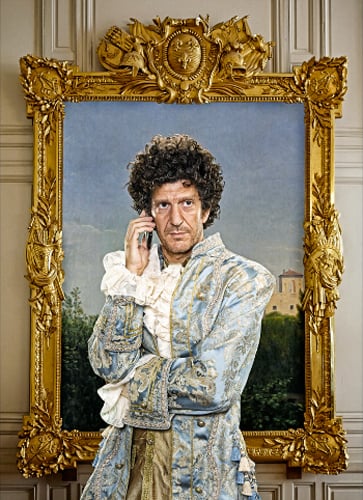 PP: How did you think of these image concepts for a lot of your personal work?

The cliché is the pad by the bed, but I use an iPhone by the bed.

I use essentially a digital notebook and I just write all of my ideas in there. Sometimes it’s a full, complete idea that’s ready to go and I can shoot it; sometimes it’s just a little piece.

I’ll add little things to that piece later, but as soon as it’s ripe I can shoot it.