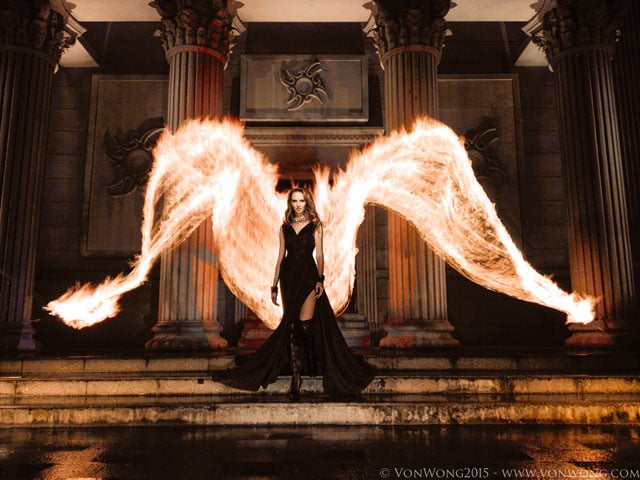 Earlier this year, photographer Benjamin Von Wong got a call from the Chinese telecom company Huawei. They were getting ready to launch a new smartphone called the P8, and they wanted Von Wong to shoot the craziest photographs he could come up with.

The rules for the shoot were: it had to be done with the phone’s new “Light Painting” feature, the model had to be surrounded by fire, and no Photoshop would be allowed in the process.

Huawei’s P8 shoots long exposures using a stacking technique that astrophotographers use for capturing star trails. Instead of one long exposure with the small sensor, which would be filled with noise, the phone continuously shoots photos over an indefinite amount of time and then stacks and blends the photos together to create a single “long exposure” photo.

Von Wong first did some test shots using the phone’s engineers as his stand-in models, just to see if the ideas he had would work. 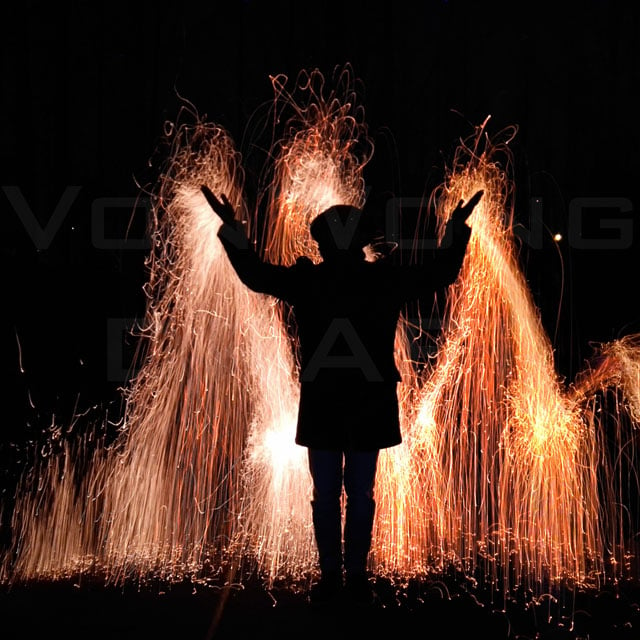 “In the best of conditions, fire is one of the most challenging elements to capture. Not only is it dangerous, its luminosity varies with time,” Von Wong writes. “Long exposures result in motion blur, and the high contrast between subject and flames typically means that an amazing camera with a large dynamic range is necessary.”

Von Wong and his team conducted the shoot 3PM one afternoon at a European-style location in Shanghai. He lit the pillars and backdrop of the scene to make it stand out, and then used a Broncolor flash boom overhead to light the model without motion blur. 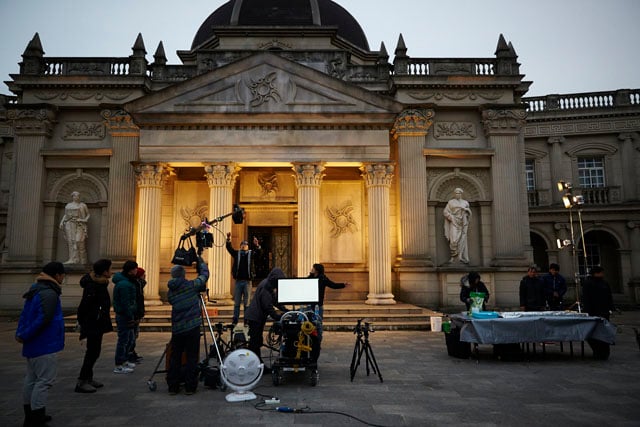 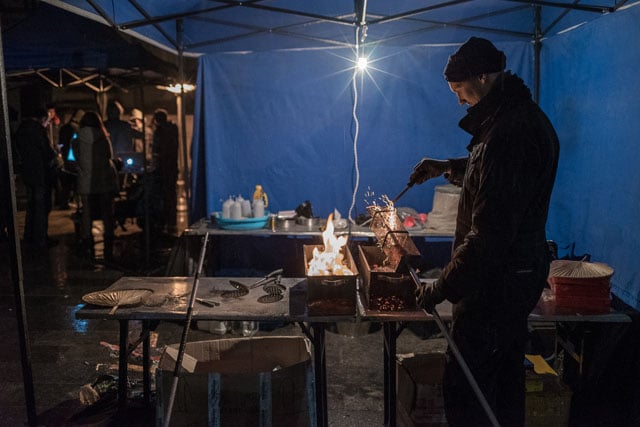 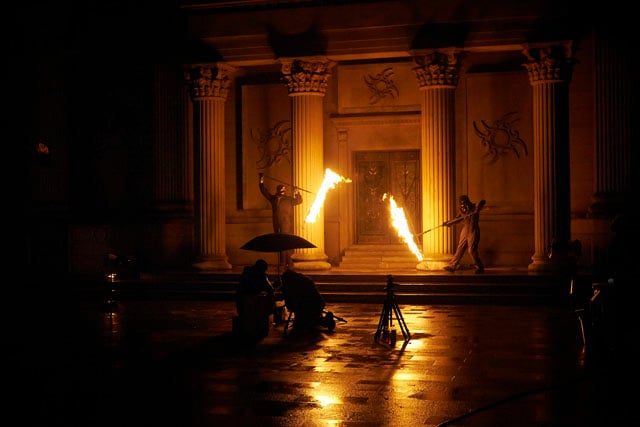 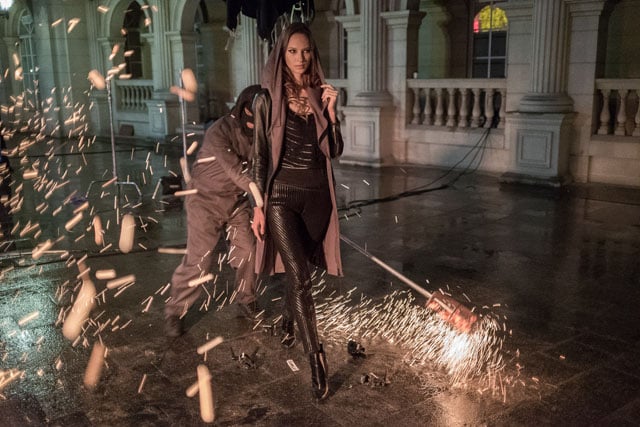 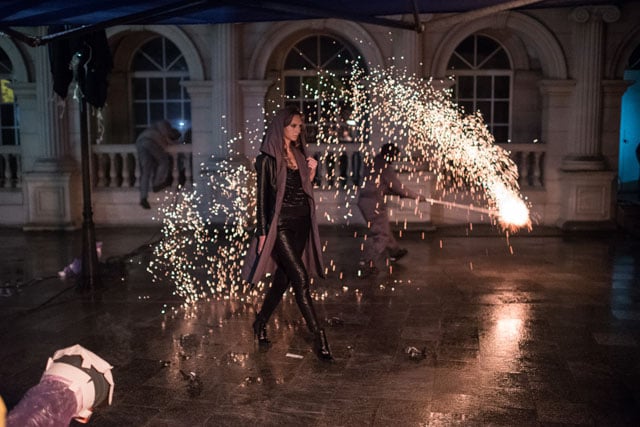 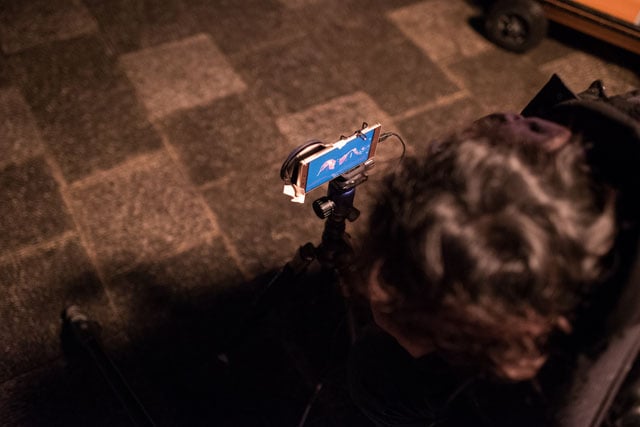 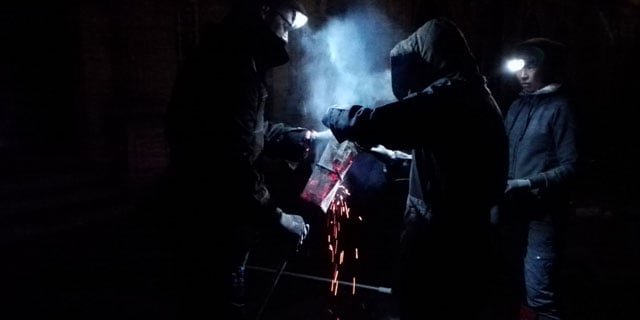 Here are the two final photos he managed to capture, one of a model as a “fire angel,” and a second with the model walking through “fire rain”: 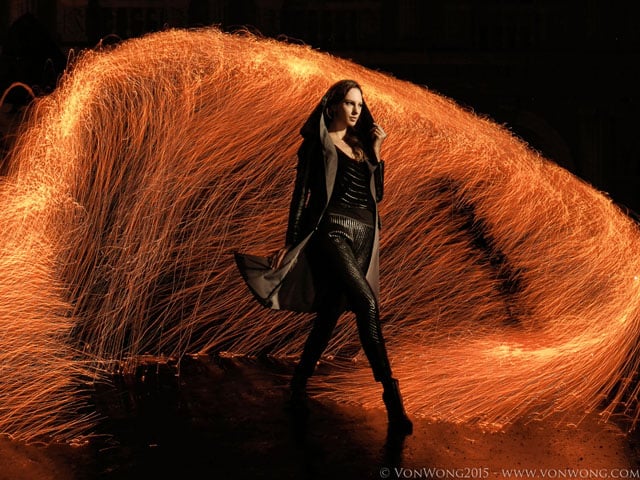 And here’s a 30-second Huawei P8 commercial that tells the story of this shoot: