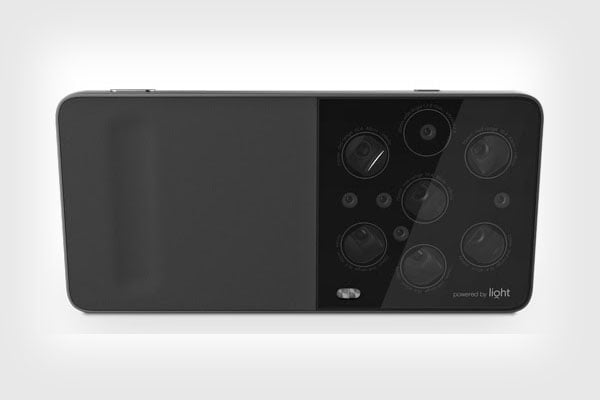 There’s a stealthy startup in Silicon Valley that’s working to revolutionize photography. It’s called Light, and one of its goals is putting 52-megapixel cameras in smartphones by next year.

The company has mostly been quiet about its technology and goals: its website is basically a landing page with a newsletter signup form, and its Facebook account has just been sharing interesting photo stories from around the Web. However, MIT Technology Review just published a first look on what Light is working on.

We now know that the company is working on building camera modules that feature an array of lenses and sensors. By combining the images captured by the different cameras, a higher-quality image can be achieved without greatly increasing the size of the camera module.

Sound familiar? The idea — and the stealthiness — is reminiscent of LinX, the company that Apple just acquired for a reported $20 million.

Just like with LinX, Light is saying that its innovative camera design will pack “the quality and zoom” of a DSLR into the slim form factor of a smartphone camera.

The system also allows for greater zoom capabilities. “The level of zoom that the user selects determines which modules will fire when he takes a picture, and where the mirror contained in each module moves to capture light,” writes the Technology Review. “It could aim for light straight ahead, or off at an angle, for instance. The resulting shots are then digitally combined in a way that emulates a much bigger camera lens.”

Oh, and like Linx (and Lytro), Light is also saying that photographers will be able refocus their shots after they’re captured.

The company doesn’t have a working prototype of a full camera module yet, but it expects to put 52-megapixel cameras in smartphones by the end of 2016. And get this: Light has reportedly signed a licensing and investment deal with Foxconn, the world’s largest contract electronics manufacturer that plays a huge role in Apple’s manufacturing.

So things are getting interesting in this space. In just one week, we’ve learned that Apple and one of its main manufacturers have both jumped into the world of multi-lens-and-sensor camera modules for smartphones. It looks like they believe this to be the future of smartphone photography.