Canadian freelance photographer Jesse Yardley created this mini documentary about the current state of film photography in Calgary. Worried that analog may be a “dying art,” Yardley did interviews with some notable photographers in the area to find out if film still has a chance.

“Getting film developed is getting more and more difficult, especially in Calgary,” Yardley writes. “As of December of 2014, the last labs taking 120 format film ceased their services. […] Most film shooters in Calgary have resorted to processing film themselves or shipping it out of the city.” 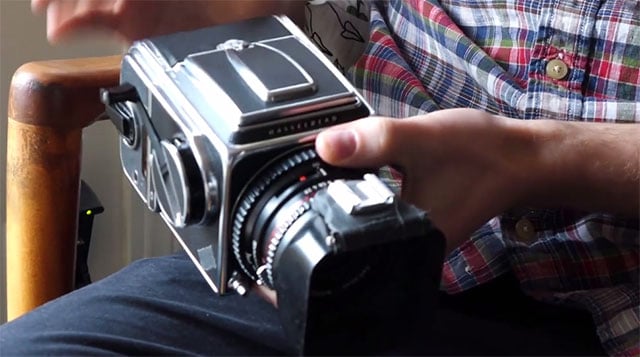 After speaking with photographers, Yardley was encouraged by what he found. “I have to admit, I’m pretty surprised by how much interest there is in film photography,” he says. “Maybe it’s not the end of the world just yet.”

“It’s not easy, and the struggle to maintain film photography in Calgary is real, but maybe it’s because it’s not easy that it’s worth doing. I think as long as people are able to discover and explore the charms of film photography, it’s a medium that’s going to be around for a long time — even in Calgary.”