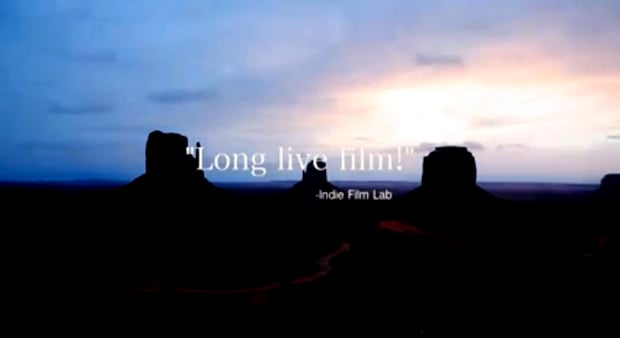 The defining point, of course, is having an independent documentary film about your movement, and that’s just what mail-order processor Indie Film Lab is doing with “Long Live Film.”

Teaming up with Kodak (however that might work now), folks from the Alabama-based company hit the road early this year, asking photographers across the United States why they still go to the considerable trouble of capturing their vision on emulsion rather than pixels.

Indie Lab hopes to have the feature finished in a few months. For now, enjoy the promising trailer, which elegantly makes the case for film as an artistic choice rather than a Luddite response to the modern world. “I like how it makes me shoot and why it makes me shoot as much as I like the look,” responds one photographer.

Indie Film Lab, founded in 2012 by photographer Josh Moates, does custom processing, scanning and printing of 35mm and medium-format film, along with considerable evangelism for keeping it old-school.

The Photography Teacher Nobody Wants