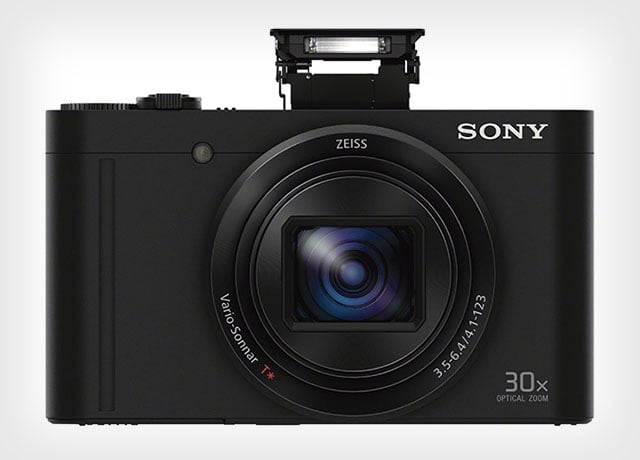 Sony has just announced a pair of superzoom compact cameras that it claims are the world’s smallest to offer 30x optical zooms. The new WX500 and HX90V both have 24-720mm (35mm equiv.) zoom lenses with 5-axis optical image stabilization. 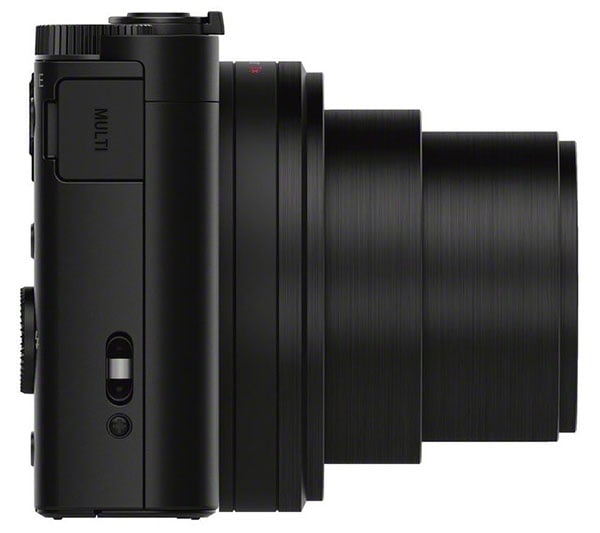 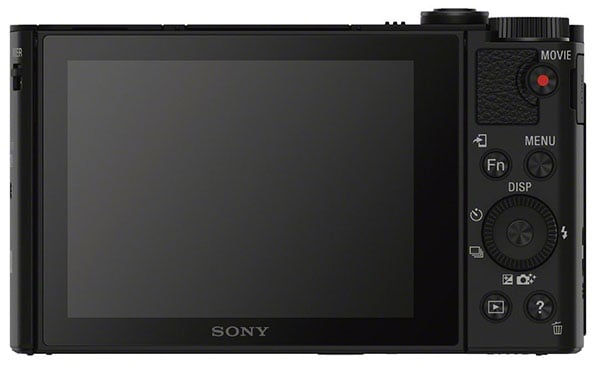 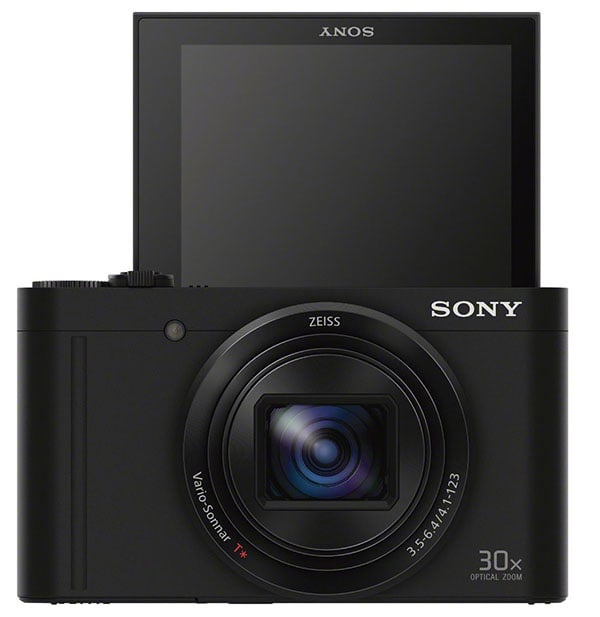 The two cameras look virtually identical, except the HX90V includes a couple of nifty features not found in the WX500: it packs a pop-up OLED viewfinder — the same one found in the Sony RX100 III — and built-in GPS for geotagging your photos. It’s “the first truly ‘pocketable’ compact high-zoom camera with a built-in electronic viewfinder,” Sony says. 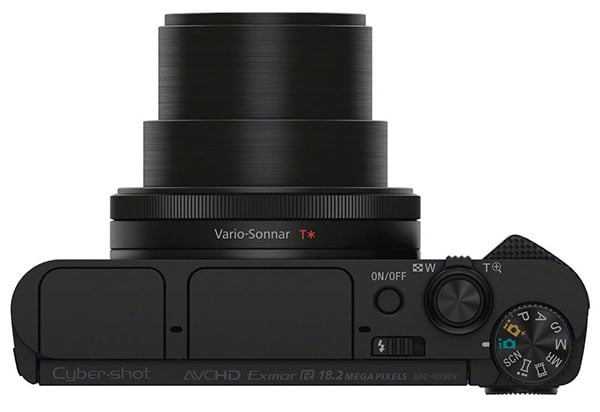 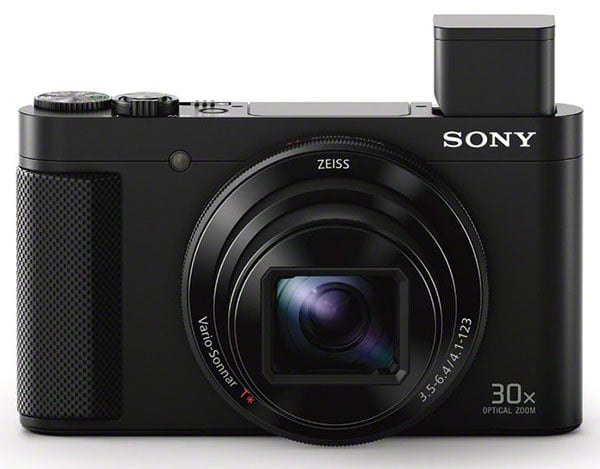 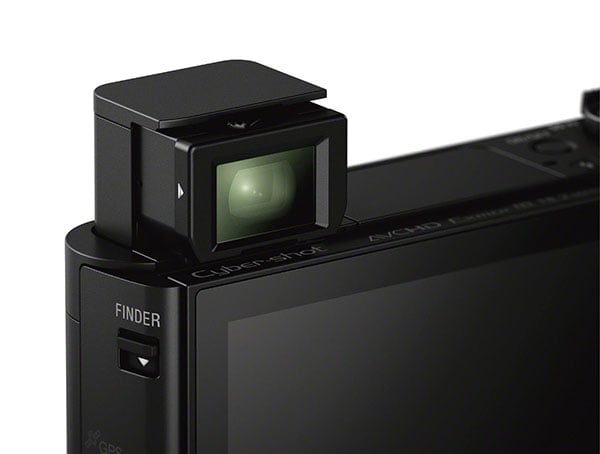