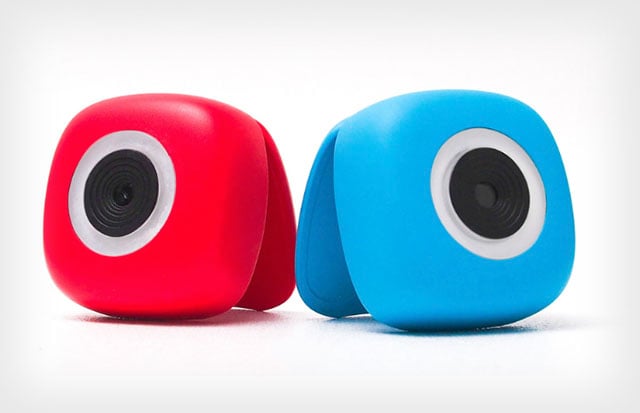 Podo is a new wireless and sticky camera that serves as an on-the-go photo booth. Instead of shooting pictures of yourself at arms length, with a selfie stick, or with the help of a stranger, you’ll be able to stick the camera to most flat surfaces and trigger the shot with your phone.

The main innovation behind the Podo is the sticky surface on the back of the camera. It’s not tape or glue, so it doesn’t get less sticky over time. Instead, it’s a special pad that’s covered with thousands of microscopic suction cups, allowing it to attach firmly to pretty much any solid and flat surface. 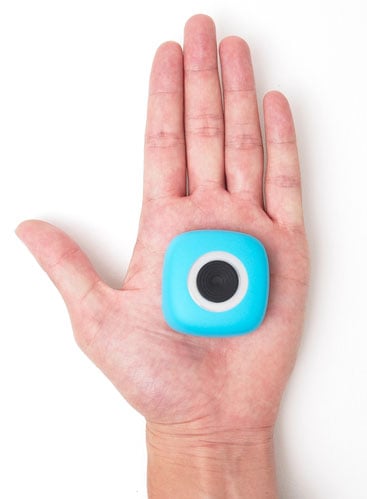 If it gets dirty or dusty, simply wash it and it’ll be restored and fully sticky again. There’s also a powerful magnet hidden behind the suction surface, just in case it’s needed for a stronger hold. 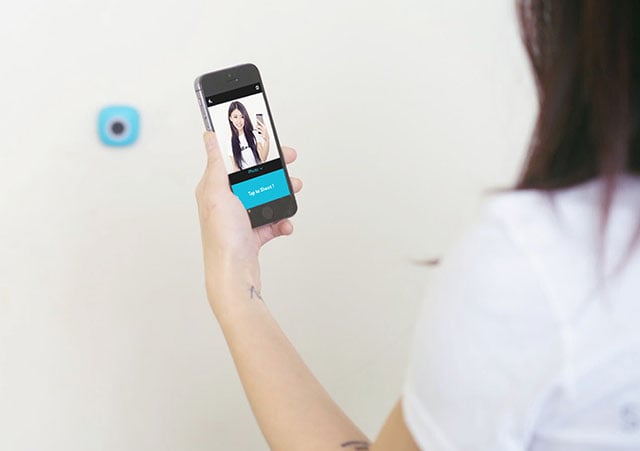 Once your camera is secured to the spot you want it to be, you control it through Bluetooth using a special app on your phone. Frame the shot using live view, and snap a picture when you’re happy with it. The image will be transferred to your phone’s gallery in a matter of seconds.

Specs-wise, the Podo has an 8-megapixel sensor, 720p video recording, a rechargeable Li-ion battery, 4GB of internal memory, an accelerometer, and indicator LEDs on the front that double as a flash. There are also features for double exposure, burst mode, time-lapse sequences, video recording, and GIF creation.

The team behind Podo have turned to Kickstarter to crowdfund the launch of this camera. They’ve already blown past their goal, raising over $130,000 from nearly 1,300 backers with over a month left in the campaign. The camera will retail for $99 when it hits store shelves, but contributors can snag one for $89 through Kickstarter.