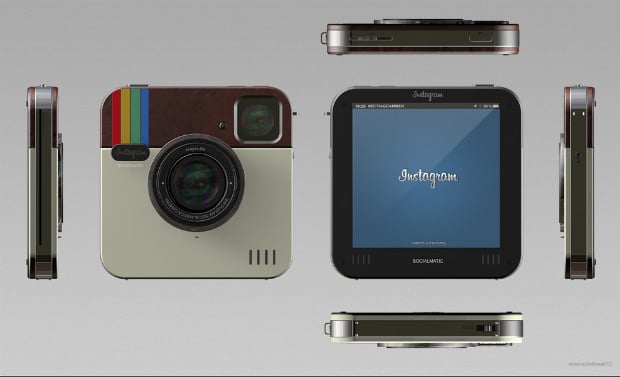 A week ago we shared a funny “leaked advertisement” for a fictional camera called the Instagram Snap. The video poked fun at the possibility that Instagram would use their $1 billion buyout from Facebook to build a ridiculous “real-world” camera — basically a Polaroid camera with “sharing” features (passing a photo to another person by hand) and “filters” (coffee filter = spill coffee on your picture). Ironically enough though, a concept of just such a camera has recently come out, and it actually seems somewhat appealing. 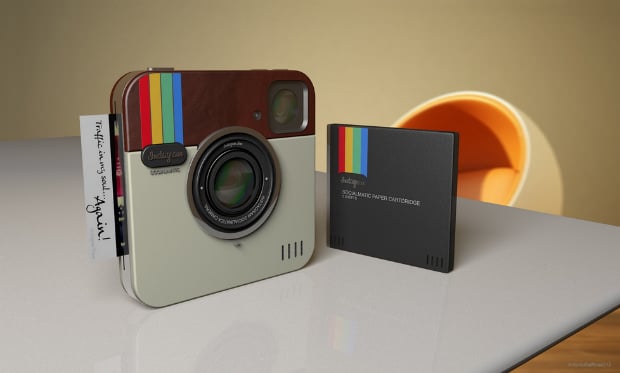 The Instagram Socialmatic is a concept design we found over on ADR Studio of what a realistic real-world version of Instagram would look like. What they’ve come up with is a flat, touch screen camera with a built in printer, social networking capabilities and 16GB of internal storage. The idea is that you could take your photos, alter/share them digitally, and then print out physical sticky-notes style versions complete with QR codes. 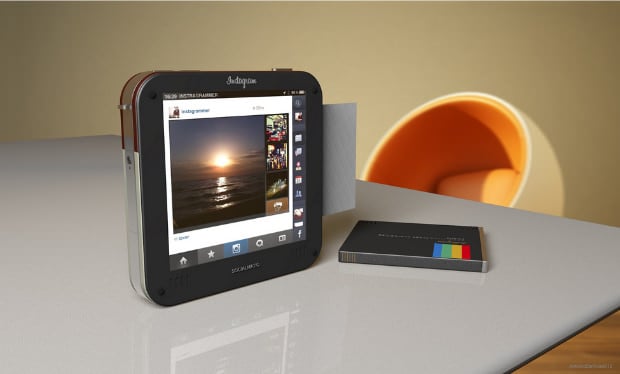 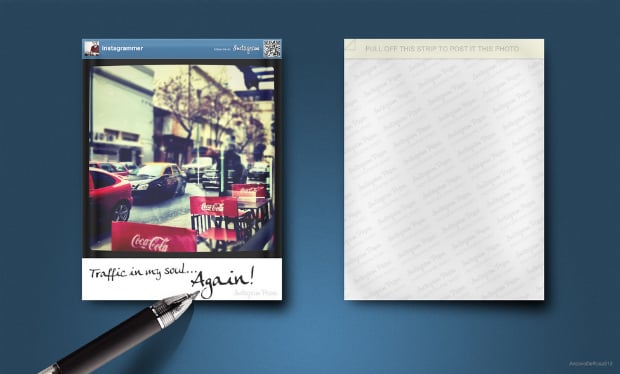 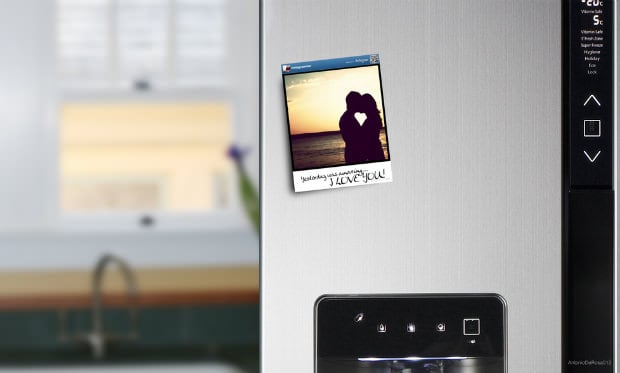 The future of Instagram, if this sort of thing was to catch on, would produce photos like the ones you see here. Stick them on walls or in elevators or on the subway and hope that other people with the camera like your picture enough to scan your QR code and follow your future work. Something tells us we won’t be seeing people carrying around a life size version of the Instagram logo in their pockets anytime soon, but if they did, it would probably look like this.