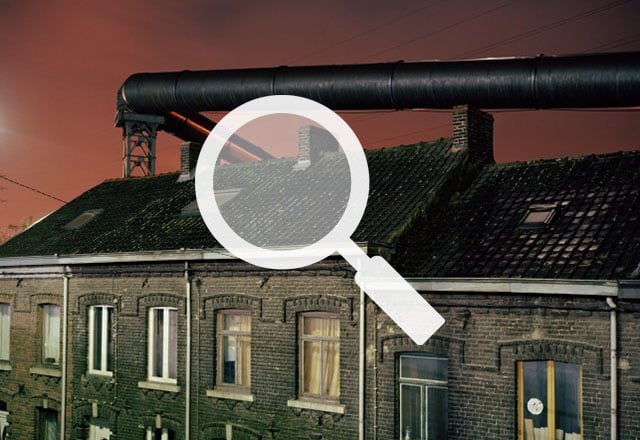 Things are getting messier and messier for World Press Photo. After investigating a 1st prize winner due to accusations of unethical staging, the prestigious contest defended the photographer this week and stood by its award decision (much to the dismay of many in the photojournalism industry).

There’s a new twist in the story, though: a new accusation is now being made against the photographer, causing WPP to reopen its investigation.


The latest claim is by a Belgian photojournalist named Bruno Stevens, who took it upon himself to investigate Giovanni Troilo’s work when the controversy began. Stevens is now claiming that one of the photos wasn’t actually captured in Charleroi (the city Troilo was documenting) but was instead shot in Brussels, which is about 37 miles away. 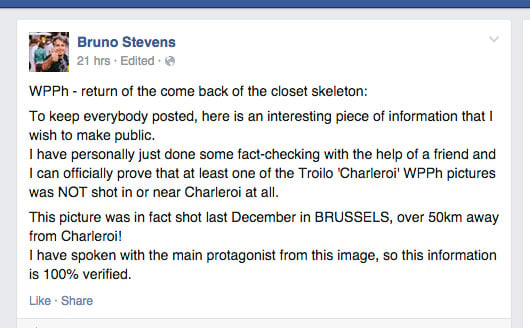 “[The investigation] was largely collective work for which I was only the main vector in public,” Bruno writes. “Thank you everybody, and let’s keep working to improve the ethical standards of our profession.”

World Press Photo has updated its investigation report page with this message: “Based on new information, we are reopening investigation of 1st prize Contemporary Issues story. We will update as soon as possible.”

The award had previously concluded that Troilo’s work had been acceptable because he did not “stage pictures to show something that would otherwise have not taken place.”

If one of the photos was indeed captured outside of Charleroi and then used to show Charleroi as “The Dark Heart of Europe,” then things aren’t looking to good for Troilo’s chances of keeping his 1st prize award.

(via Bruno Stevens via PDN Pulse)