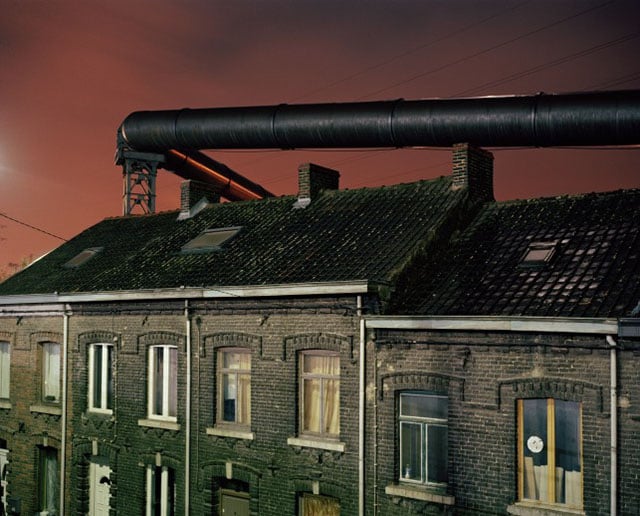 We shared last week that the Belgian town of Charleroi was protesting after a series of photos casting it in a bad light was awarded 1st prize at the prestigious World Press Photo contest. According to the town’s mayor, Italian photographer Giovanni Troilo had gone out of his way to stage shots for the purpose of painting the city as “The Dark Heart of Europe.”

Today, after investigating the claims against the photographer, World Press Photo announced that it will be sticking by its decision on the controversial award.

“The contest requires photojournalists do not stage pictures to show something that would otherwise have not taken place,” WPP explains.

That statement doesn’t sit well with the NPPA. “While World Press Photo describes itself as a photojournalism and documentary photography contest, this statement seems to grant permission to photographers to set-up or stage scenes that would ‘ordinarily’ take place,” it writes, adding that “Serious students of Ethics and Photojournalism may have a problem with the conclusion reached…”

To investigate this photo series, WPP asked Troilo to provide all relevant facts and background information about his story and images. Triolo argues that the photo simply paints the town as he sees it: “It is above all a research, a realistic vision of the town by a photographer who knows it very well. I know it through my family who has been living there for 65 years.”

“Some scenes just happened in front of the camera (policemen, clinic, pills, and buildings) and I just found the way to be in the right place, but without any dialog between me and the subjects,” he writes. “In other scenes, like in the cage for example, the presence of the camera was declared, there was obviously a dialog necessary to setting up a proper portrait session. All of the photos were taken with the utmost transparency and correctness. In instances where the subjects are aware that they are being photographed, the original caption says so.”

Here are some of the controversial photos in the winning series and further explanations provided by Triolo:

You can find unabridged and additional photo explanations here and the original photo series here. You can also find the mayor’s original accusations against the photographer here.

WPP believes that these practices are consistent with how legitimate documentary photography can be done. “In documentary photography consistent with the ethics of World Press Photo, the photographer follows his subjects in their environment,” WPP writes. “He or she does not fabricate situations from his own ideas, and he or she does not direct people to engage in activities that they would normally not engage in.”

After reviewing the info provided by the photographer, WPP has concluded that it “finds no grounds for doubting the photographer’s integrity in carrying out his work” and that “No misleading facts have been uncovered in the caption information that was made available for the jury.”

“As a result Giovanni Troilo’s award stands in the 2015 Photo Contest.”

Profoto B2: The World’s First Off-Camera Flash That Can Also Be Used On-Camera