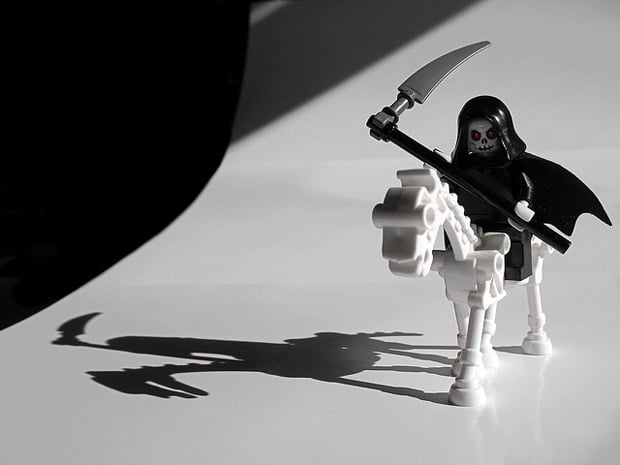 Newspapers are fading. News media is in a limbo of redefinition. Now we can add photojournalism to that list of defunct media, said Neil Burgess, head of London-based photo agency NB Pictures. Burgess is also the former head of Network Photographers and Magnum Photos, and twice Chairman of World Press Photo, and has spent much of his life working on social documentary photography and 25 years as a photojournalist.

In an opinion piece on EPUK, Burgess says he’s lived to see the ups and downs of the journalism industry, but nowadays he says photojournalism might never come back:

Seven British-based photographers won prizes at the ‘World Press Photo’ competition this year and not one of them was financed by a British news organisation. But this is not just a UK problem. Look at TIME and Newsweek, they are a joke. I cannot imagine anyone buys them on the news-stand anymore. I suspect they only still exist because thousands of schools, and libraries and colleges around the world have forgotten to cancel their subscriptions. Even though they have some great names in photojournalism on their mastheads, when did you last see a photo-essay of any significance in these news magazines?

News organizations are simply not funding photojournalists’ work, Burgess says. Photographers are paid for event coverage (think of the typical Associated Press image) for sports and press conferences, but Burgess points out that original storytelling and photojournalism that addresses actual issues are often neglected:

I believe we owe it to our children to tell them that the profession of ‘photojournalist’ no longer exists. There are thousands of the poor bastards, creating massive debt for themselves hoping to graduate and get a job which no-one is prepared to pay for anymore.

Even when photographers create brilliant stories and the magazine editors really want to publish them, they cannot pay a realistic price for the work.

Overall, some pretty heavy words, but the undervalued status of photojournalism is certainly something to be concerned about. What do you think — is photojournalism dead forever, or will it come back?