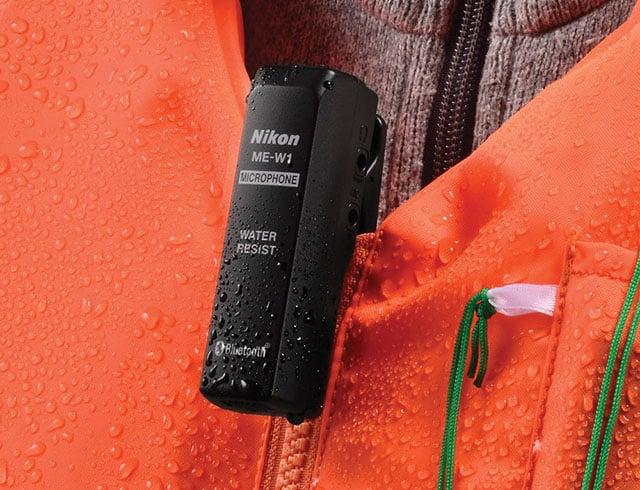 
The mic allows monaural audio to be captured from subjects up to 164 feet away from the camera. It uses Bluetooth to connect with cameras that have a 3.5mm microphone jack (such as the new D7200). Both the microphone and the receiver capture audio, which lets you record the voices of both the person behind the camera and the subject in front of it. Headphones can also be plugged into both the mic and the receiver, allowing both parties to hear each other while shooting at larger distances.

You can also capture stereo audio by connecting a Nikon ME-1 microphone to the ME-W1.

The package contains a microphone, receiver, windscreen, audio cable, and case, and can be purchased for $250 starting later this month.