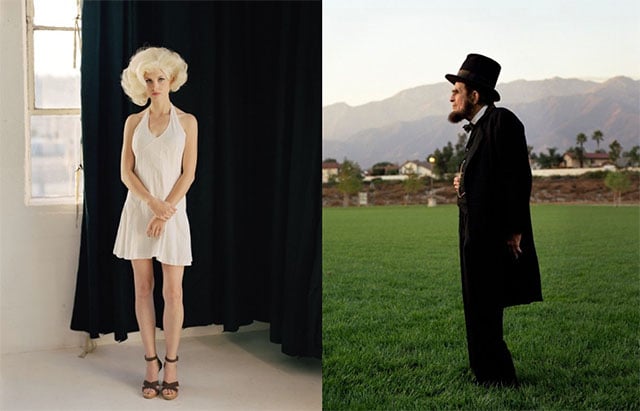 Siri Kaur is a conceptual fine art photographer who has been breaking some interesting ground and news with her fascinating series This Kind of Face. The unique series was recently exhibited at the Cohen Gallery in Los Angeles. I had a moment to talk to Siri about this work and other aspects of her career. 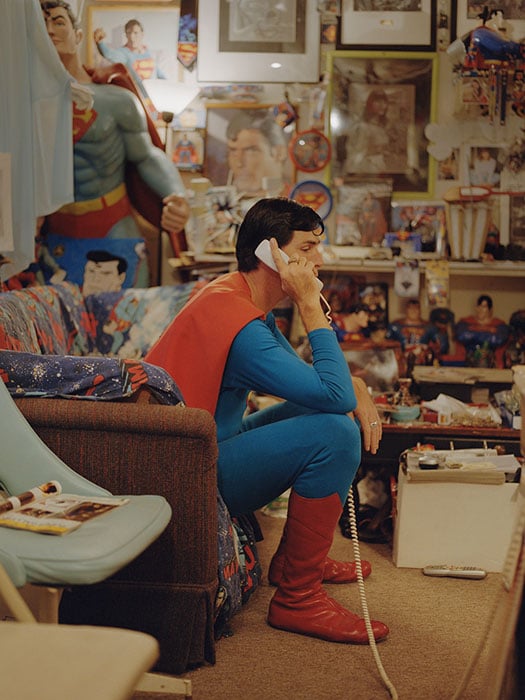 Ken Weingart: Like Paul Gauguin, you were an investment banker who decided to become an artist. What was your business background and how did the idea of doing art come about?

Siri Kaur: I always wanted to be an artist but it took me a long time to figure out how. In college I decided that my goal was to become a literature professor because they were the most cultivated and fascinating people at my small New England liberal arts school. After living in Europe for several years in my early 20’s, I decided to move back to the U.S.

My moving date was September 8, 2001! I had no job or apartment lined up, and fell into my banking job completely by accident. I started temping the day after I moved to the city. My job was to call hedge fund managers and ask them to reveal all sorts of information about their funds so that my company could assess investment risks. It was basically like being a finance phone sex operator, and having a high female voice was a huge asset.

I became fairly skilled at getting information out of the financiers and was hired full time soon after starting. The job was about honing your salesmanship and resourcefulness, essential qualities for any artist, but after two years it stopped being an interesting experiment and I had to get out. 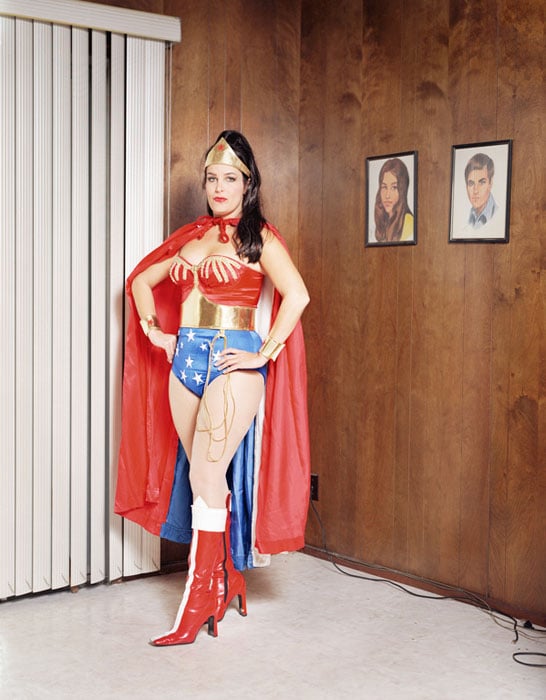 What are you getting out of art that you did not get from your previous work?

Everything except tons of money.

How did you choose to do fine art photography?

Photography is the best way for me to interact with the world. Having a camera makes me feel secure and happy, like a good relationship. I’m honestly not very good at making pictures for other people so fine art is the only real choice. 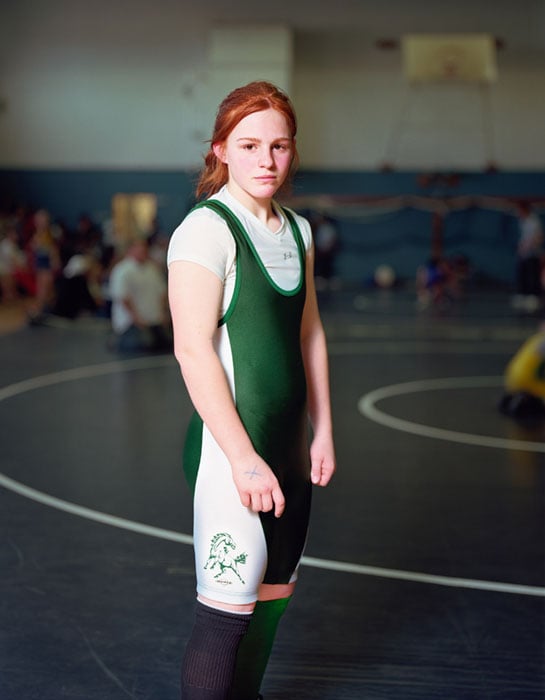 You decided to go to The California Institute of the Arts, (CalArts). Why did you decide to get an MFA, and why CalArts?

Growing up in Maine, CalArts was the only art school I knew about besides RISD and Yale. When I applied to graduate school, miraculously they accepted me! I needed help figuring my ideas out, and the teachers seemed like they asked good questions.

What is This Kind of Face about and how did you come up with the idea? The series has been ongoing for awhile?

The first pictures in this project were made in 2006 when I was in grad school. I had just moved to LA and was walking down Hollywood Boulevard, where I met the amazing Christopher Dennis AKA Superman. He blew my mind, as did the entire city of LA. I compulsively made pictures for this body of work for years but didn’t quite know what to do with them. This past fall I finally decided the project was finished and ready for a show at 99 Cent Plus in New York and then at Cohen gallery here in LA. This Kind of Face includes the video portraits that were shown in New York, photographs, and a book. 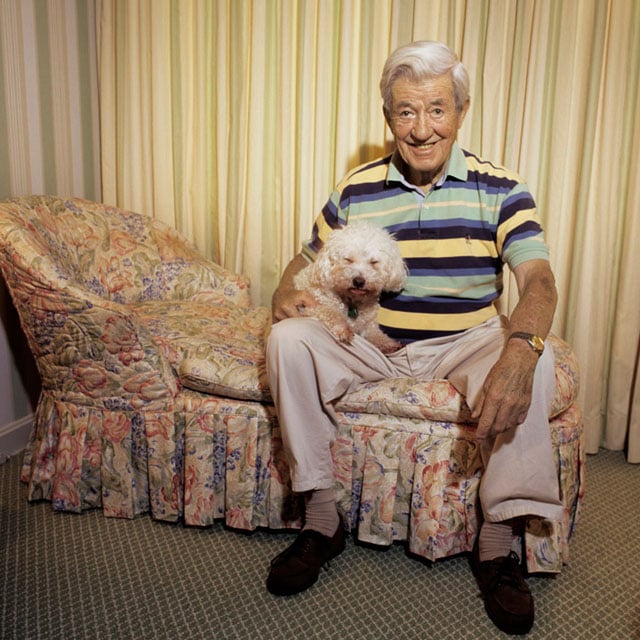 Your series Cruiserweight is about wrestlers? What is the idea behind it?

Cruiserweight was made in 2007 when I was working on the first images for This Kind of Face. The pictures are very influenced by Rineke Djikstra and various eras in portrait painting, from the Italian Mannerists to Sargent.

The subjects were photographed right after their matches with a 4×5 camera and the pictures were printed life size to really overwhelm the viewer with the physical presence and the muscular bodies of the wrestlers. The pictures are lit with a softbox from above to really make the stunning young wrestlers stand out from the background and to highlight their almost androgynous physiques.

Female Photographer Seeks Portrait Subjects is a great title. What is the concept behind it?

When I first quit my banking job in 2003 I moved to San Francisco with the idea that I would be a photographer. When I got there, I realized that I didn’t know anyone, and so I needed subjects! I found people by advertising on Craigslist, and quickly found that being a woman made me seem simultaneously less threatening and more alluring for potential subjects. 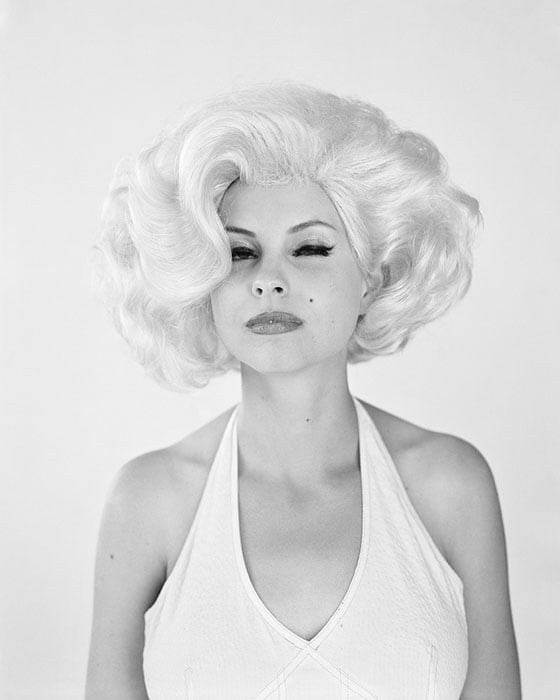 What are the cameras and lights you are using and why?

Honestly I use the easiest, lightest equipment possible. Mostly I shoot with a medium format Hasselblad H1 with a film back. I usually shoot 800 speed Kodak Portra film because it lessens the likelihood that I’ll have to use a tripod, and I love the look of grain. Sometimes I use my Hensel Porty strobes but only if I really need them because it’s easier to concentrate on the composition and engage the subject without worrying about the sync cord. Also I love the look of natural light.

Why did you choose to shoot with 4×5 film?

It’s cumbersome and expensive, and that’s why it is sometimes terrific. The camera is huge and present, and each time I expose a sheet I calculate how much I’ve spent, encouraging an economy of shooting that I can’t attain with smaller formats. Plus the detail is beyond belief. 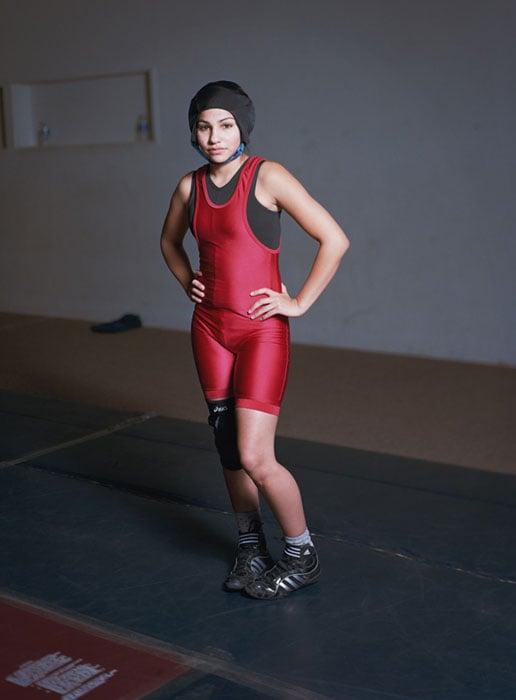 How did you connect with the Stephen Cohen gallery, and how is it working out for you?

I’ve known Stephen since 2005 when I met him at Review Santa Fe, a portfolio review event in New Mexico. I had been making photographs seriously for about a year and had no idea what I was doing. He was quite kind and we stayed in touch. It was wonderful showing This Kind of Face in his new space.

You are now teaching at Otis College of Art and Design; how do you enjoy that?

I adore teaching. It forces me to stay on top of my game because those students know right away if you’re being lazy or tired. It makes me constantly reevaluate my knowledge and keep myself contemporary. Plus being around college students is honestly rejuvenating. It’s a great job. 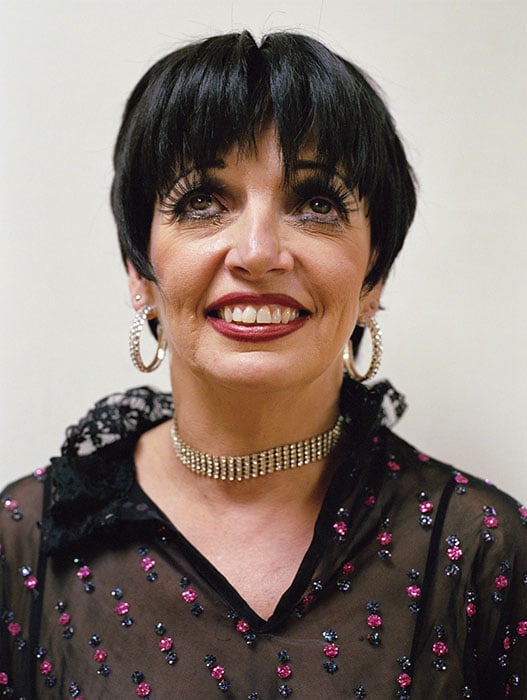 Do you have any new series ideas? What are you working on?

My current project is about psychics. It’s called My Fortune. LA has more psychics than any other city in America! We all need something to believe in. 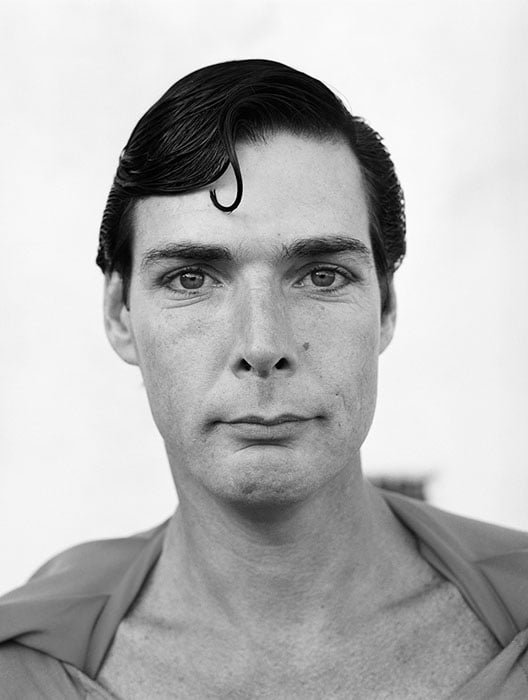 About the interviewer: Ken Weingart is a photographer based in Los Angeles and New York. He started out as an assistant for a number of renowned photographers, he he has since become an award-winning photographer himself with work that has been widely published across the world. You can see his work on his website and read his writing on his blog. This interview originally appeared here.

Happy Birthday, Photoshop! Here’s a Look Back on 25 Years of Digital Photo Editing