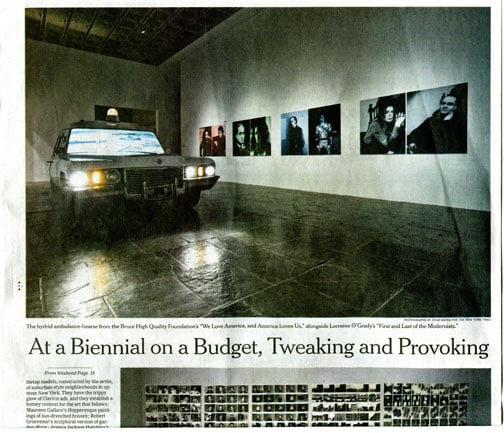 Acclaimed photographer Harry Benson was recently flipping through the New York Times when he came across an article about the Whitney Biennial exhibition in NYC, one of the leading shows for up-and-coming artists. He was shocked to find that the installation featured in the main photograph was using one of his photographs without permission.

It was a portrait of Michael Jackson that Benson had taken at Neverland Ranch: He soon discovered that it was part of Lorraine O’Grady‘s art piece titled “The First and Last of the Modernists”. O’Grady had taken Benson’s photograph, desaturated it, and placed it in a diptych with a photo of poet Charles Baudelaire.

Here’s the photograph that Benson had shot for design magazine Architectural Digest in 1993: 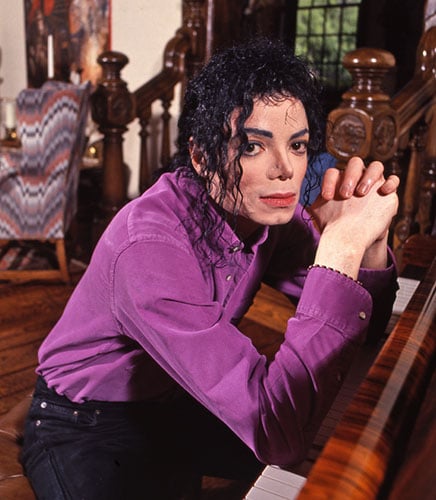 Benson contacted O’Grady, who lives in New York, to question her unauthorized use of his image. According to Benson, she told him she is “a conceptual artist.” […] O’Grady also told Benson she was planning to reproduce the diptychs in an edition of 10.

A lawyer for the museum offered to place a credit to Benson next to the installation, but Benson refused, asking for the image to be taken down. Benson’s wife Gigi informs us that Benson has spoken to a lawyer and is currently waiting to see whether the museum takes action on his behalf.

What are your thoughts on this case? Is it image theft, or acceptable conceptual art?

Image credit: Photograph by Harry Benson and used with permission.