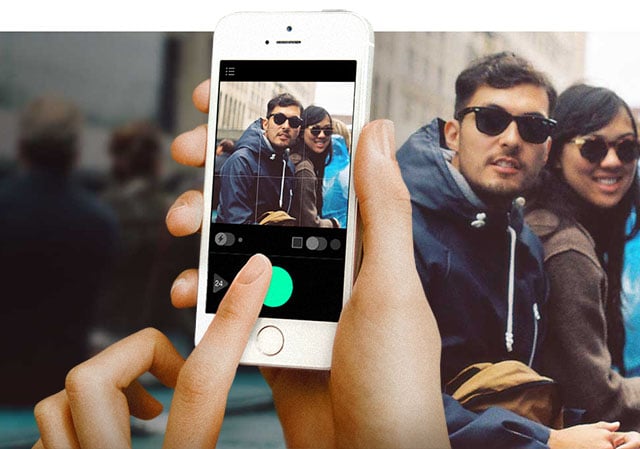 WhiteAlbum is a new app and service that wants to bring the fun of disposable camera photography to the world of smartphones. It’s a camera app that doesn’t let you review your photographs until they show up at your door in the form of prints.

“No edits. No retakes. No, seriously,” the website says. “Beautifully printed photos in your hand. Not digital images in your feed.”

Here’s how it works: you use the special WhiteAlbum camera app to shoot 24 photographs. The only controls you’ll have are turning flash on and off and toggling between square and circle formats.

As with film photos, you’ll need to frame your shot carefully before pressing the shutter button — you can’t throw out bad shots, reshoot, or review. Once 24 photos have been captured, the images are beamed to WhiteAlbum and you can pay $20 (with shipping worldwide) to receive a 24 photo album with your prints. The photos are turned into 4×5-inch Polaroid-style prints on 100lb smooth satin paper. They show up on your doorstep in a simple, reusable package. 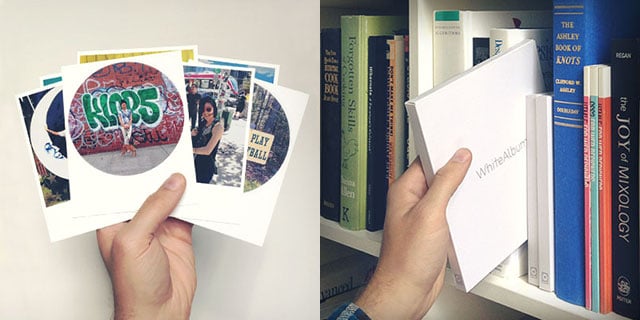 It’s all about “delayed gratification and real, physical photos,” the service says.

You can try it yourself by downloading the free WhiteAlbum app from the iTunes App Store.

P.S. We reported on a very similar service called Authenpic back in 2014. The idea was pretty much identical, but it doesn’t appear that Authenpic raised enough crowdfunding to successfully raise Kickstarter funding.

The World’s Largest and Most Powerful Camera Gets Funding for 3.2-Gigapixel Sky Photos