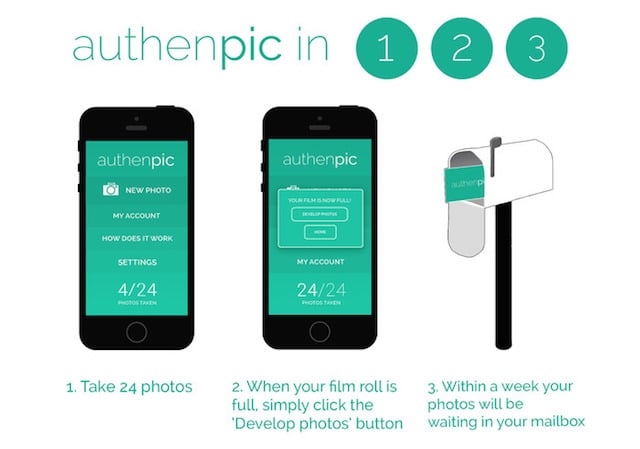 Remember the days of the 24 exposure disposable cameras? When you went on vacation or out with your friends, you could pop one of these cameras in your bag or pocket and walk out the door. You snapped one photo at a time, that’s all there was to it: no filters, no #trendy #hashtags, just single snapshots that you couldn’t see until you turned in the camera and had it developed.

For those of you who want to relive those days of disposable glory, there’s a Kickstarter campaign that’s right up your alley.

Called Authenpic, the service wants your smartphone to mimic the old disposable experience to a tee… well, minus the whole throwing away the camera bit. 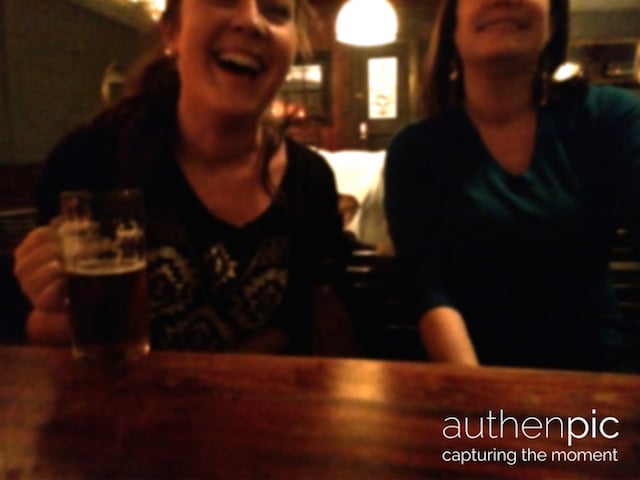 The service consists of a smartphone application and fulfilling service that lets you capture 24 photos, none of which you can edit, add filters to or share by other means.

Once your roll of ‘film’ is used up – that is, once 24 photos have been taken – you get your photos ‘developed’ and, within a week, 24 prints will appear in your mailbox. The idea behind it is so simple that we’re surprised no one has thought to capitalize on it before.

Instead of worrying about the social aspect of sharing your photos, you can actually focus on the social events happening at that moment. No retakes, no filters, no likes, no hashtags, no comments, just 24 physical prints that you have to wait a week to see.

As of right now, the project has only reached roughly 5% of its goal on Kickstarter, amassing $1,100 of the $20,000 it needs, so if you think the service is worth it now is the time to chime in.

For only a $10 pledge, you can secure your spot to receive the app before it goes public and also receive your first ‘roll of film’ for free. If Authenpic gets off the ground and becomes a reality, the pricing will be $10 for each ‘roll’ you shoot and have developed. The app itself will be free.

Head on over to Authenpic’s Kickstarter campaign to read more and/or make a pledge.