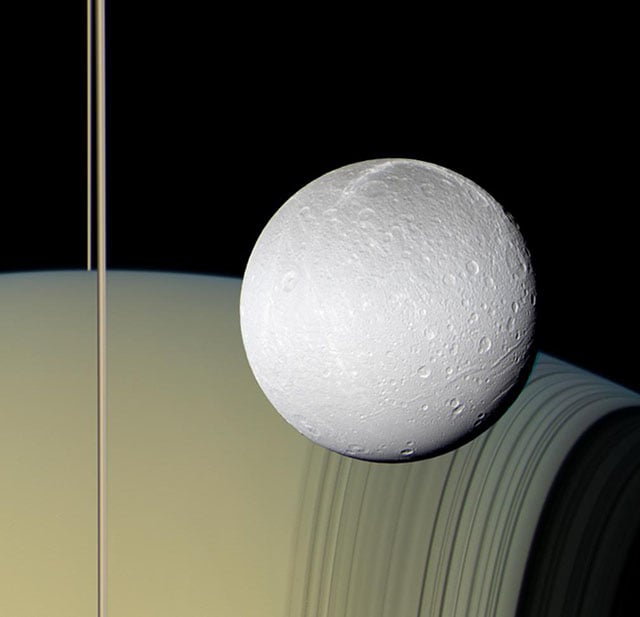 The image above may seem like some kind of artist rendering, but it’s an actual true color photograph showing Saturn, its rings, and one of its moons. Click here for a full-resolution version of the photo.


The photograph was captured by the Cassini space probe that NASA sent to Saturn. After launching in 1997, the probe arrived at Saturn in 2004. On October 11th, 2005, Cassini captured the image above while orbiting Saturn and 23.8K miles away from Dione (one of Saturn’s moons).

The thin stripes you see across the frame are Saturn’s rings. NASA created this color image by combining a number of photos captured using different filters, producing a version that approximates what the human eye would see in that spot.

NASA points out that Dione — like most of Saturn’s icy moons — looks pretty much the same in both color and monochrome photographs.