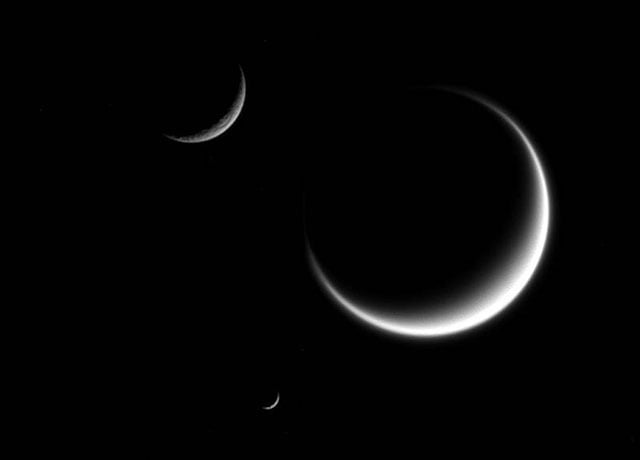 Saturn has 62 known moons, and NASA recently captured three of the more prominent ones together in the same frame. This photograph, taken by the Cassini spacecraft’s narrow-angle camera on March 25, 2015, shows the moons Titan (Saturn’s largest moon), Mimas, and Rhea.

Titan appears out of focus in the shot because it’s the only natural satellite that’s currently known to have its own dense atmosphere — clouds hover over the surface, and the atmosphere refracts light and causes the crescent to extend further around the moon than the two other atmosphere-less moons in the photo.