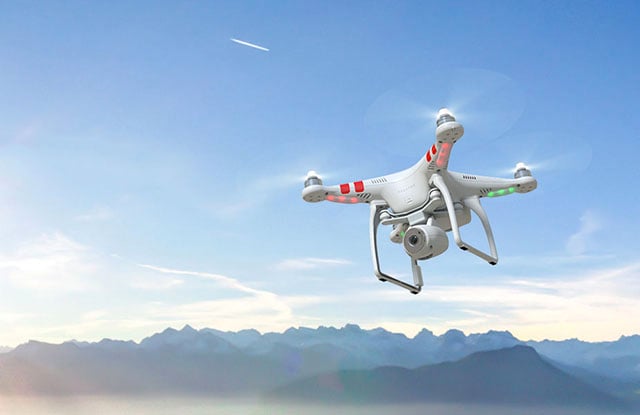 The Federal Aviation Administration is notoriously strict about the use of aerial camera drones for commercial purposes. Much of the commercial imagery you’ll find online was captured “illegally” without the permission of the agency.

Yesterday, realtor Douglas Trudeau of Tucson, Arizona became the first real estate agent in the country to be given permission to use his drone for his property listings.

The permission is given in the form of an exemption, which are difficult to come by. Of the 214 requests for exemptions it has received so far, only 14 have been granted by the FAA.

The FAA reports that “Mr. Trudeau’s exemption authorizes him to fly a Phantom 2 Vision + quadcopter to enhance academic community awareness and augment real estate listing videos.” Unfortunately for Trudeau, the exemption doesn’t give him permission to use his drone whenever and wherever he wants.

One of the main stipulations is that there always needs to be an observer present while the drone is being piloted, and the pilot is required to have an FAA Private Pilot certificate and a current medical certificate.

As long as those conditions are met, though, Trudeau can now advertise himself as the first realtor in the United States who can legally offer aerial photography services with a drone.

(via FAA via TechCrunch)