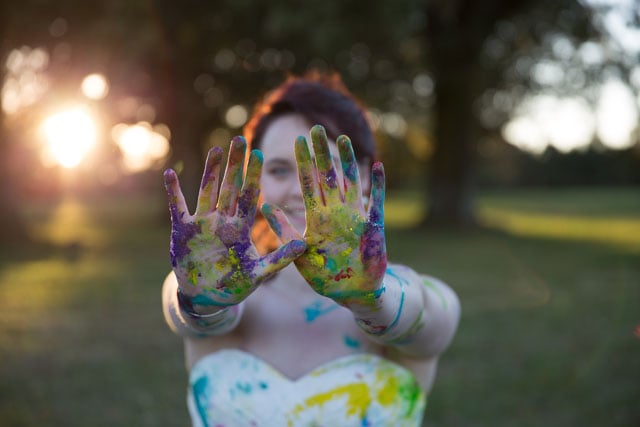 Less than a week before Shelby Swink’s wedding in November 2014, her fiancé sat her down, told her he did not love her, and just like that, the wedding was off. As she mourned the abrupt end of her four-year relationship, the idea of a “trash the dress” photo shoot came up. Swink decided that it would be the perfect way for her to mark the occasion and let go of the pain, so she enlisted the help of photographer Elizabeth Hoard to set the photo shoot in motion.

Swink’s supportive bridesmaids and parents decided to support her by participating in the trashing with their own dresses and suit.

On the scheduled date of the wedding, the group met at an open field in Collierville, Tennessee with paint, confetti, champagne, and cigars, and the colorful photo shoot began. 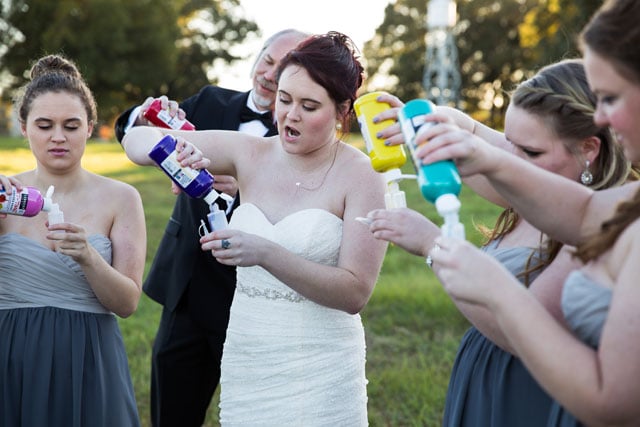 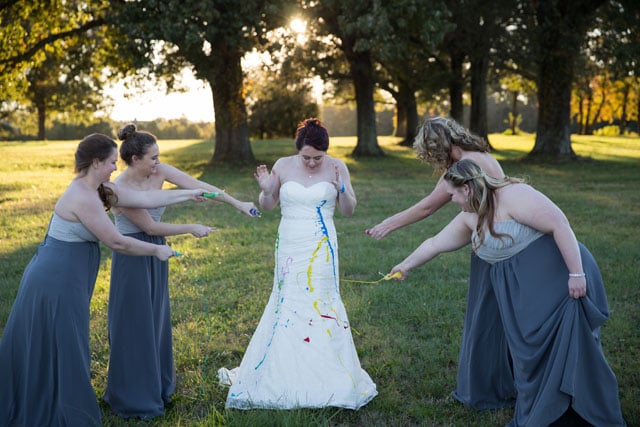 “The moment the paint hit my dress, I was free. All the disappointment, all the hurt, I just felt it leave me,” Swink writes over at Offbeat Bride. “I can’t even describe how liberating and cathartic the experience was for me. I let go of all the hurt and became myself again.” 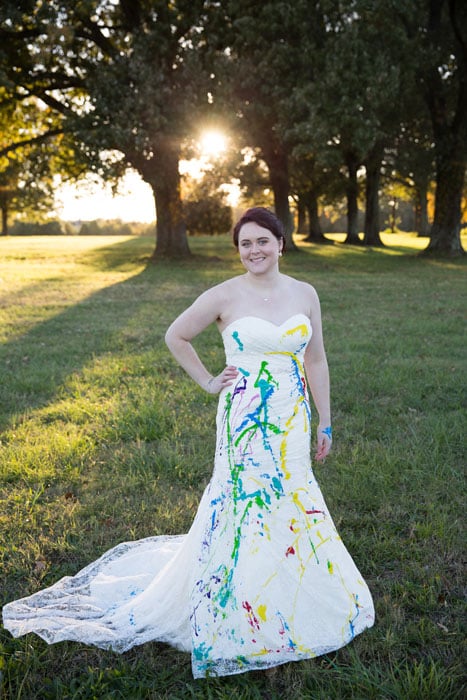 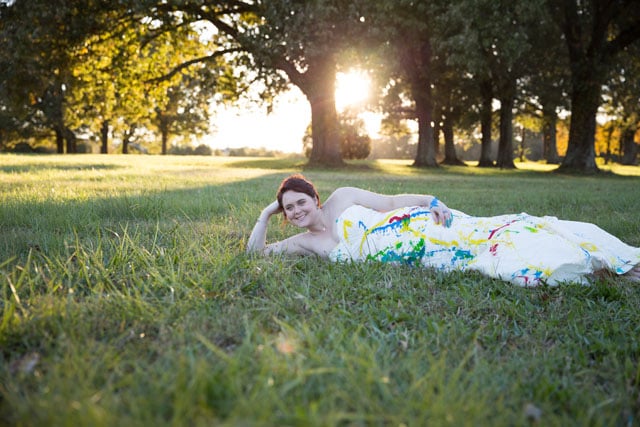 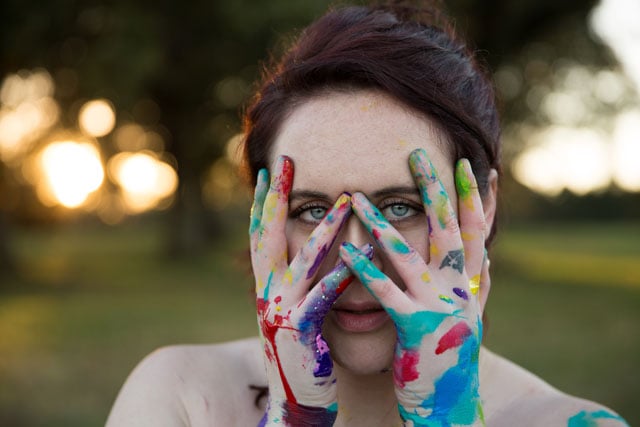 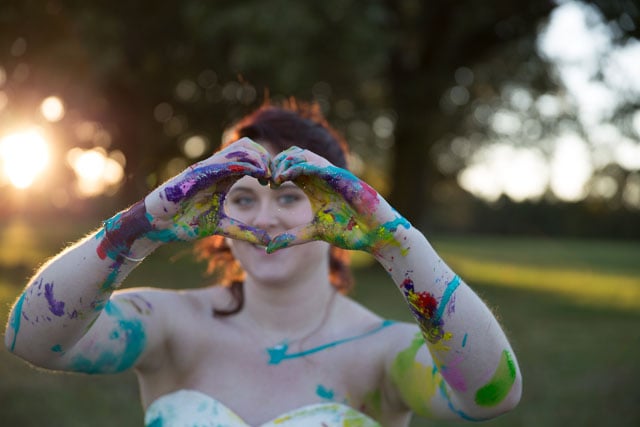 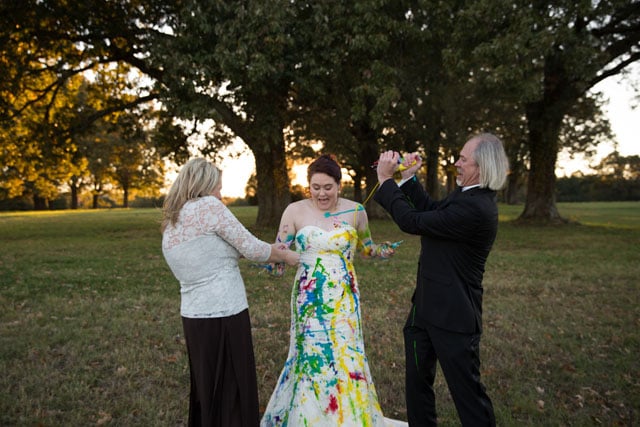 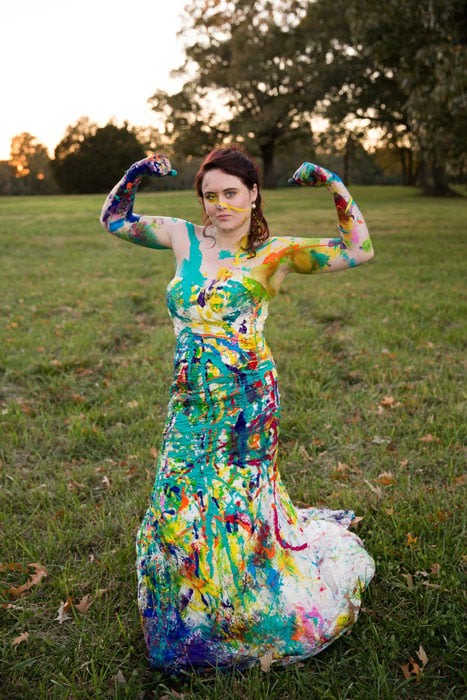 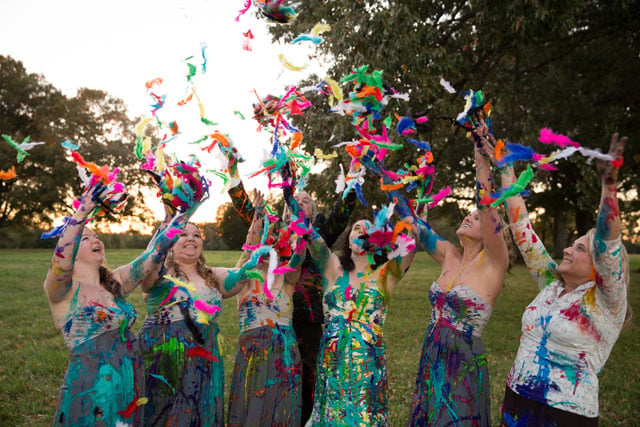 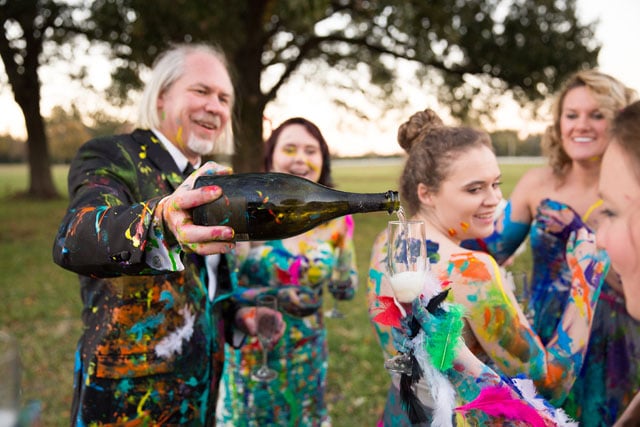 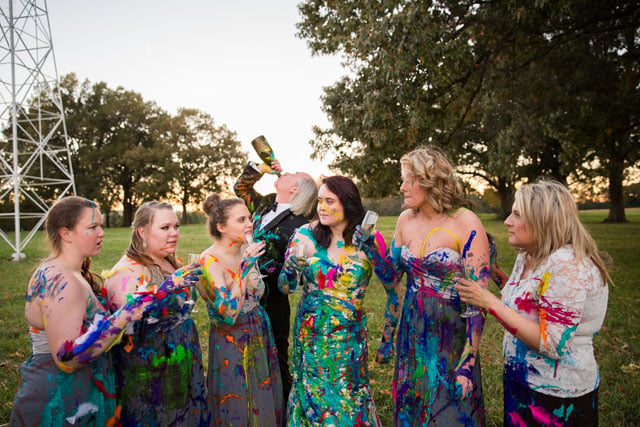 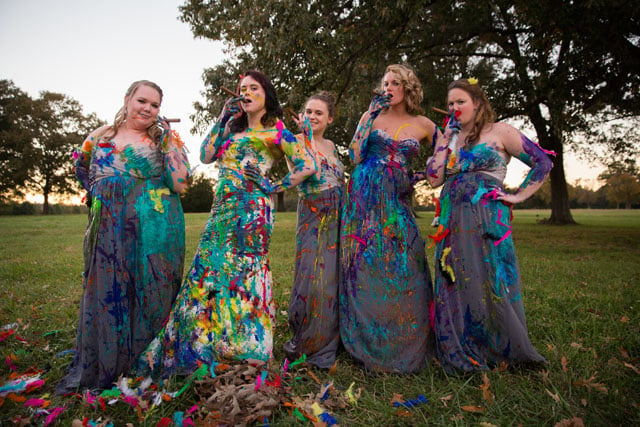 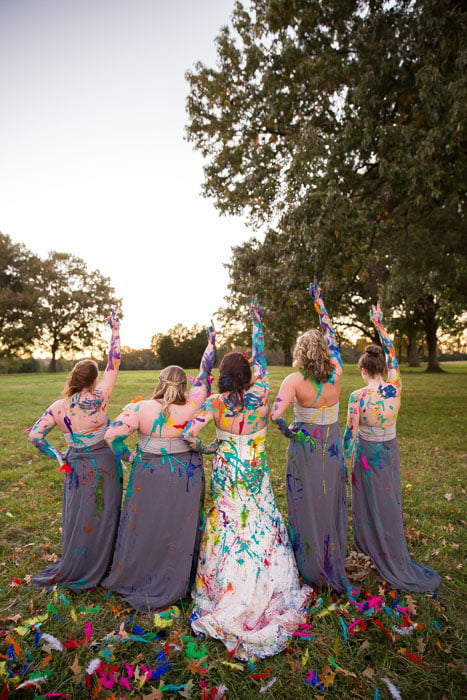 “I am a strong woman who believes that everything happens for a reason,” Swink says. “We all face adversity in our lives, but what really defines us is how we decide to overcome that adversity. I decided that I will not let this tragedy and heartbreak consume me, and bring me down in life.”

(via Offbeat Bride via HuffPo)

Image credits: Photographs by Elizabeth Hoard and used with permission

Projector Brought Into the Forest Turns Nature Into a Glowing Wonderland