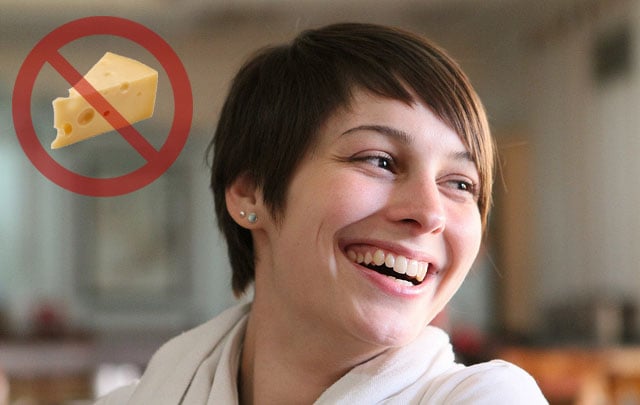 The next time you’re taking a group snapshot, cut the “cheese” and tell everyone to say “cheeks” instead. This two letter change can help create more genuine smiles on the faces in your shot.

The tip is based on a concept known as the “Duchenne smile“. Basically, a 19th-century French neurologist named Guillaume Duchenne did some studies on facial expressions and discovered that there are two distinct kinds of smiles.

One is a fake smile that only involves your mouth and is intentionally done to show politeness, and the second is a real smile involving the eyes and cheeks that appears when a person is genuinely happy. The latter smile is known as a Duchenne smile.

Studies have also found that the Duchenne smile can be convincingly faked; all you need to do is involve your upper face by raising your cheeks and involving your eyes (forming “crows feet” on the sides). And the word “cheeks” can make this happen. Richard Stephens at The Guardian writes:

Next time you’re having your photograph taken don’t say “cheese”, say “cheeks”. Saying “cheeks” will not only shape your mouth nicely but will also remind you to squeeze your cheeks upwards into a visually satisfying, genuine-looking Duchenne smile.

Scientists say that putting on a Duchenne smile can also help combat stress and put you in a better mood, so it might not be a bad idea to “say cheeks” behind the camera as well.

(via The Guardian via Lifehacker)

P.S. Here’s a video with more tips on how to smile naturally in photos. Also, did you know that before “cheese,” photographers in the mid-20th century asked their subjects to say “prunes”?

Image credits: Header graphic based on photo by Worldizen