Profoto has been teasing the letters HSS over the past week, and today the big announcement finally came: it’s the introduction of High-Speed Sync (HSS) to the company’s popular B1 off-camera flash through a simple firmware update.

In an announcement posted to its blog, Profoto writes that the new HSS is superior to other systems by being consistent while maintaining speed and power.

Current solutions for speedlights give you a fairly even exposure. But it does so at the expense of speed and power. Previous solutions for larger flashes were faster and more powerful. But the exposure could differ as much as 2 f-stops in a single shot.

Profoto’s new solution for the B1 Off-Camera Flash has all of the benefits and none of the limitations.

Consistent exposures are achieved by using a unique, patent-pending technology that uses an “extremely fast series of flash pulses.” 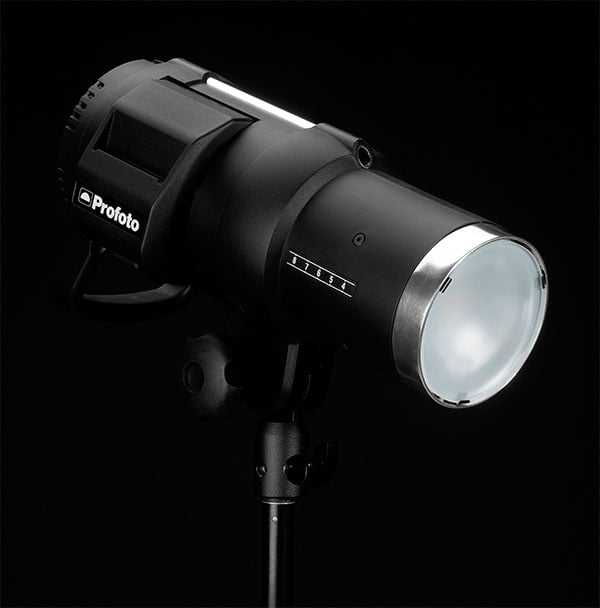 Once you have the new firmware installed, using HSS Mode is as easy as a simple button-press. When it’s activated, you’ll be able to shoot with the B1 at shutter speeds as fast as 1/8000 of a second.

Profoto HSS has been tested on both Canon, Nikon, and most common camera models. In addition to the B1 flash, you’ll also need an Air Remote (which requires a separate firmware update as well).

To get started, download the new firmware update for your gear over on the Profoto website (you’ll need to register your product). The downloaded software will contain instructions for applying the update. Check out this FAQ if you have any questions.