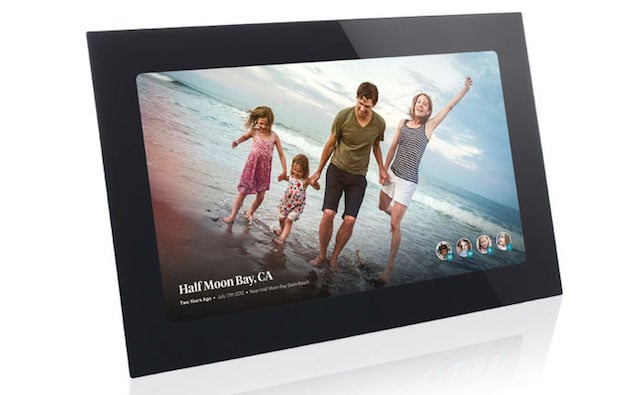 Digital picture frames seemed like a brilliant idea about six or seven years ago. But the low-res screens, clunky interfaces and lack of any sort of standard operational platform left them to be a fairly niche market floundered when it arrived into the world.

Fireside is a small start-up that’s looking to breathe new life and ideas into this market. After two years of development, they’ve created a “smart” picture frame called SmartFrame that rethinks how photos are curated and displayed on the walls of your home. 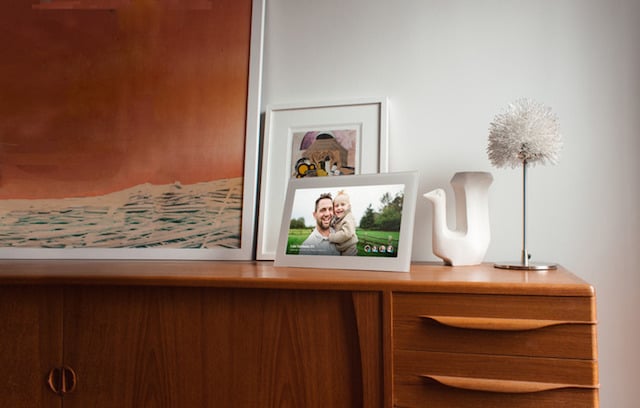 The main component is the impressive Android-powered picture frame itself, which packs a 15-inch 1080p IPS display and 64GB of flash storage to keep a great deal of your photos and video on tap.

The second component is the accompanying app for Fireside’s SmartFrame, which allows you to seamlessly transfer images from your Android or iOS smartphone to SmartFrame. The frame can also grab photos stored in the cloud. 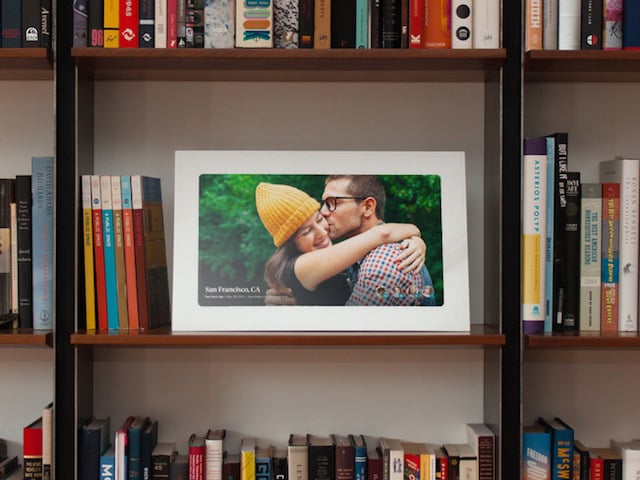 It isn’t called “SmartFrame” just for marketing though. Beyond beautifully displaying your images, it also utilizes the metadata in your photographs to cleverly display where and when the photographs were taken. Say, for example, you want to see all your photos from your Florida vacation…just type in ‘Florida’ as a keyword and SmartFrame will begin to only display images taken in Florida.

The frame also uses contextual computing and machine learning to show you photos that are relevant to you at any given time. If it’s a family member’s birthday, old photos of birthdays show up. Anniversary photos show up on anniversaries, and the frame can even use the weather outside to pick photos from a similar outdoor feel. 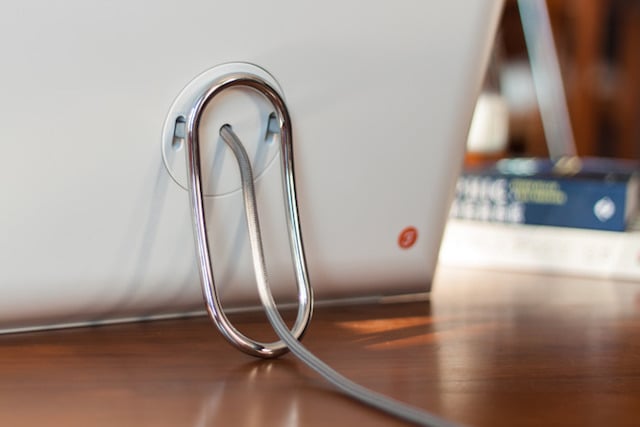 With all of this technology packed into such a device, it’s not much of a surprise that it costs a pretty penny to get your hands on one. Fireside is hoping to bring the SmartFrame to life a la Kickstarter, with the cheapest one coming in at $340 if you’re quick, or $400 if you aren’t fond of being an ‘early bird.’

The device is set to start shipping in June of 2015 if it reaches its $100k funding goal, $20k of which is already secured at the time of this post. To read more and/or secure your pledge, head on over to the Kickstarter campaign.