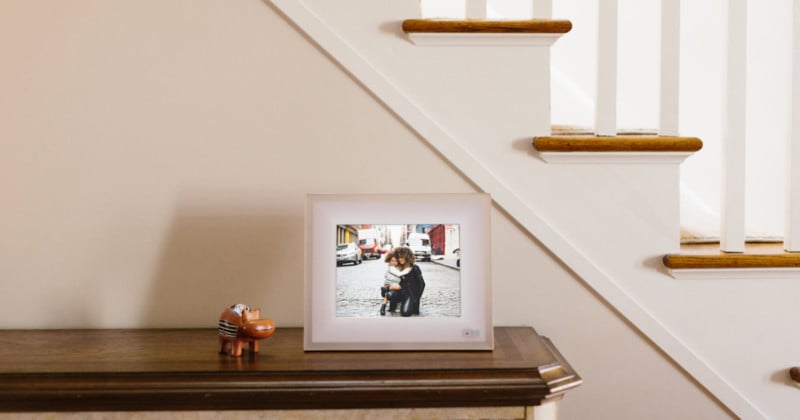 “I get it digital picture frames are dead, uninteresting things that we all tried and left on the wayside with fax machines and 8-track tapes,” wrote Aura founder Abdur Chowdhury a few days ago. “But what if they weren’t?”

The Aura digital picture frame is the answer to that question: “what if they weren’t?” Chowdhury and his team imagined what would have happened if digital picture frames hadn’t joined a race to the bottom (of our trashcans) by killing features in the name of cheap prices and never innovating in any way, shape or form, and came up with the Aura frame. 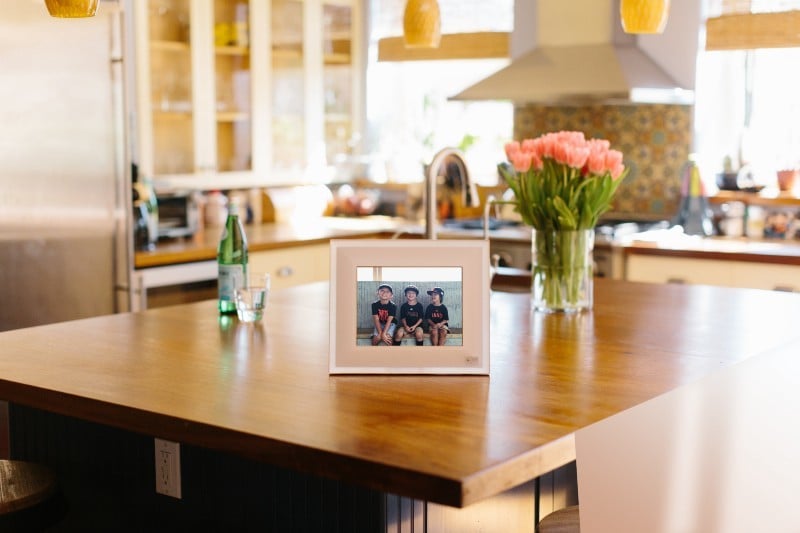 Sleek, beautiful, and feature rich, this 8×12 digital picture frame isn’t a stocking stuffer for your grandparents. Aura features a retina display, syncs seamlessly with an intelligent smartphone app, has a slew of intelligent built-in sensors, and even features some neat gesture control.

TechCrunch got an early look at Aura, and seemed to be impressed by the features they found.

For one, the frame’s dedicated mobile app not only syncs photos you take, it uses facial recognition and other tricks to sync only specific photos and keep out the bad ones. It also lets you collaborate, so more than one person can send photos to the same frame.

Once you’ve got pictures in the frame, Aura goes a step further by interacting with the environment. When the lights turn off, so does the frame, pictures are updated when you leave the room, and you can use swiping gestures in front of the frame to switch photos manually. It really is a digital picture frame that belongs in 2016.

Here’s a quick video intro so you can see what the Aura actually look and acts like:

If you’re still skeptical about the future of the Aura frame, you’re probably not the only one. But there are people who believe in this concept. The company just raised a $6M Series A round of funding led by Spark Capital, and are already planning to release updates and upgrades (including different sizes) in the future.

The current first-generation Aura will cost you $400 when it becomes available. To find out more, or if you’d like to get an email notification when Aura arrives, head over to the company’s website by clicking here.

These Composite Photos Put the Size of Massive Things in Perspective